The Berejiklian government’s ability to balance mining interests against environmental concerns is set to be central to its bid to retain the must-win marginal Upper Hunter electorate with One Nation preparing to take on the Coalition over coal.

The byelection, triggered by the resignation of MP Michael Johnsen over allegations he raped a sex worker which he denies, is set to be a four-party contest, with One Nation announcing on Thursday it would contest the May 22 poll. 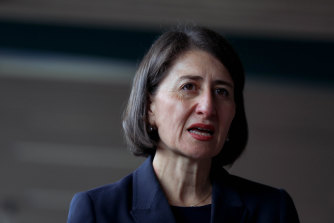 Premier Gladys Berejiklian has conceded the Coalition is likely to lose the byelection in the Upper Hunter. Credit:Dominic Lorrimer

The Nationals, Labor along with the Shooters, Fishers and Farmers Party, who all polled over 20 per cent in primary votes in the Upper Hunter at the 2019 state election, are also set to run candidates.

One Nation made the neighbouring federal seat of Hunter, held by Joel Fitzgibbon, marginal at the 2019 election after polling 21 per cent.

It is a must-win byelection for the NSW government, which has been plunged into minority after Mr Johnsen’s resignation and former Liberal MP John Sidoti was banished to the crossbench pending a public inquiry by the ICAC.

Premier Gladys Berejiklian said on Thursday she had no doubt her government would lose the byelection and would require a miracle to hold the seat, which has a margin of just over 2 per cent.

One Nation NSW leader Mark Latham said three in five jobs in the Singleton and Muswellbrook council areas were dependent on the income of mining jobs and the area faced becoming an “economic wasteland” without coal. 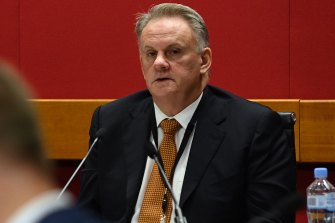 He said former prime minister Malcolm Turnbull’s appointment by the Berejiklian government as the inaugural chair of the NSW Net-Zero Emissions and Clean Economy Board sent a very clear message to the Upper Hunter.

The NSW cabinet approved Mr Turnbull’s appointment to the board on Monday, although a senior government source said the decision did not have “unanimous support”.

Mr Latham said Mr Turnbull’s appointment indicated the motives of the government, and his appointment was supported by the Nationals.

“Malcolm Turnbull’s comments were, essentially, that we should shut down the coal industry and instead everyone in the Upper Hunter should grow grapes or breed horses,” Mr Latham said.

“For a region very heavily reliant on the coal industry, Malcolm Turnbull’s appointment and comments were arrogant and shockingly elitist.”

Mr Turnbull told the ABC that there should be a moratorium on new coal approvals in the Upper Hunter, which he described as “out of control”.

Mr Latham, who now lives in Newcastle, said he would not contest the lower house seat but the party would go through the internal processes to find a candidate.

Ms Berejiklian on Thursday said she could understand the anger in the community of Upper Hunter given recent developments.

“I have no doubt we won’t retain the seat,” Ms Berejiklian said, a day after Mr Johnsen resigned over the alleged rape at a Blue Mountains lookout in 2019.

“I absolutely believe people will reflect what they’re feeling,” Ms Berejiklian said. “I’ve always been very open with the public … the maths is against us.

While Ms Berejiklian was quick to downplay the government’s chances of retaining the seat, Opposition Leader Jodi McKay was also downplaying her party’s chances.

“I actually think it will take a miracle for the National Party to lose this seat,” Ms McKay said.

“I found that to be quite extraordinary because the National Party has held this seat for about 90 years.”