A TikToker has caused a stir after posting a video of her ex-husband complaining about his discomfort in hospital while she is in labor and in pain.

As a warning to other women with ‘narcissistic’ partners, Mariah Lee posted two clips demonstrating an example of her ex’s ‘selfish’ behavior captioned with the hashtags #narcissisticpersonalitydisorder #narcissistsurvivor.

In the videos, he is seen moaning about the fact he hasn’t got his own ‘proper’ bed, he has no pillow and he is hungry. 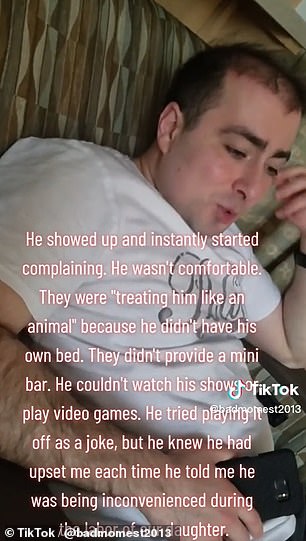 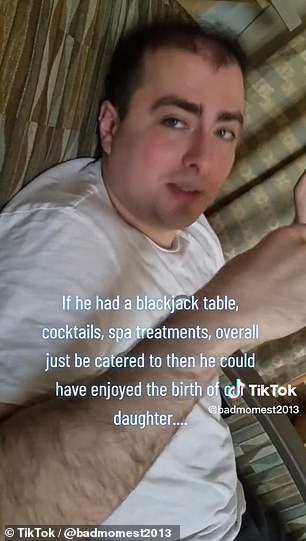 As a warning to other women with ‘narcissistic’ partners, Mariah Lee posted two clips demonstrating an example of her ex’s ‘selfish’ behavior captioned with the hashtags #narcissisticpersonalitydisorder #narcissistsurvivor. She filmed the videos while she was in hospital about to give birth

He continues, unaware that Mariah is filming him: ‘This is a dual process you know?

When Mariah tells her ex that she didn’t sleep well the night before and the bed isn’t comfortable, he tells her at least she has a bed and a mattress.

In a follow-up video, Mariah’s ex describes it as not being ‘an ideal circumstance’ and if it was a hotel room with a bed and minibar things might be better. 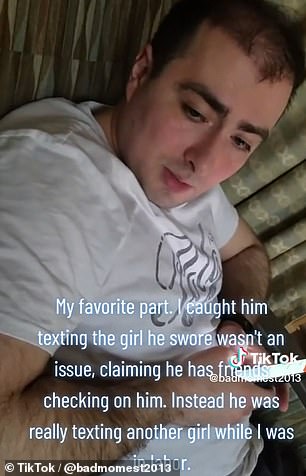 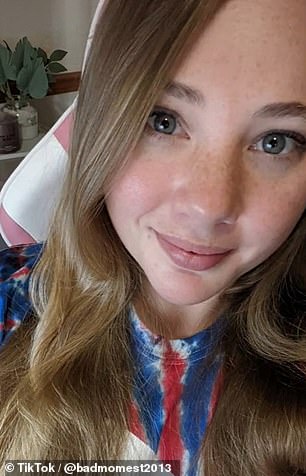 At one point, the mom-to-be (pictured right) said she caught her ex texting another woman while she was trying to talk to him

Envisioning his ideal scenario, he continues: ‘Maybe a blackjack table… a cocktail… maybe I could go for a spa treatment, sauna haircut, manicure.’

Following his remarks, Mariah asks her then-partner why he is there to which he responds: ‘I’m here here to support you through this process.’

But she tells him that he is not supportive and when she asks him to rub her back because she is in pain, he declines.

At one point, the mom-to-be said she caught him texting another woman while she was trying to talk to him.

To make matters worse, when it came to actually giving birth, the umbilical cord wrapped around her daughter’s neck and her husband started gagging to get attention from the medical team.

Mariah wrote: ‘Had my mom not been there to help me and assure the doctor he was fine I don’t know what would have happened.’

To date, her videos have been viewed more than 1.2 million times with many viewers slamming her ex over his behavior.

Annie Magnan commented: As a L&D (labor and delivery) nurse, I would have words for him. I’ve told unsupportive partners off before. Thankfully I haven’t had to do it in a long time.’

While Ember Dawn said Mariah’s story struck a chord, writing: ‘A whole child in an adult body. It’s sad. Mine was mad that he had to drive me to the hospital at like 1am and screamed at me during rides to obstetrician appointments.’

Mariah says that she has since filed for divorce and the paperwork is currently pending. 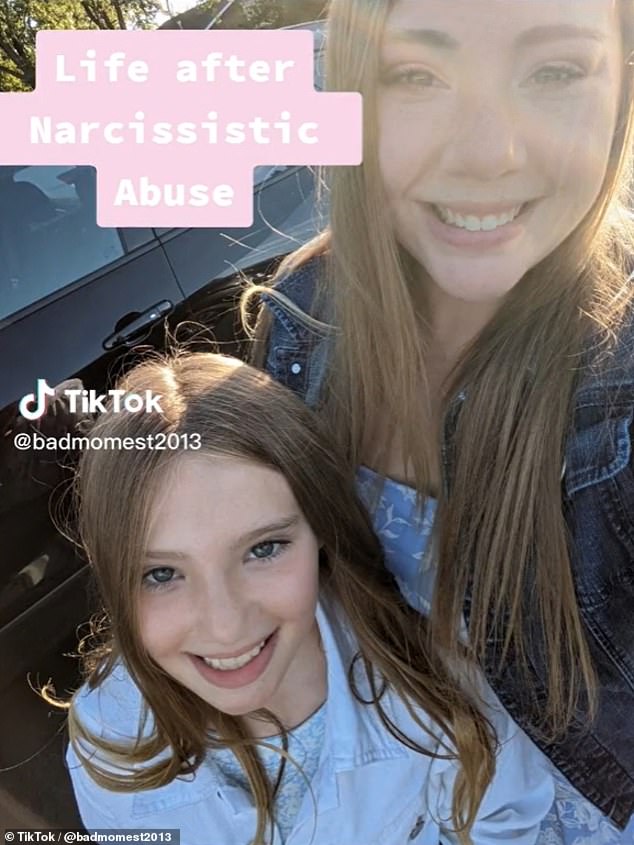 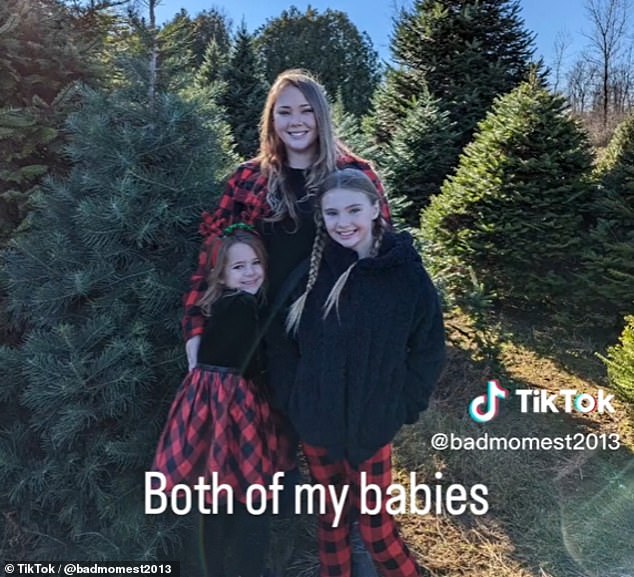 As a warning to others the mental health advocate concluded: ‘Trauma bonds are real! This man started the cycle when I was only 19 and really didn’t understand the signs or of the abuse cycle.

‘It wasn’t until a domestic abuse advocate educated me on just how wrong the things he was doing actually were. She read a notebook I kept and asked how I was able to wake up every day. My answer: 1. My kids 2. What other choice did I have.

‘She was amazing and helped me get away from him. Reliving this is hard, but sharing is important.

‘This video was actually a fairly nice exchange on his spectrum of abuse. I know there are more women out there who have the gut feeling, but he wins with the trauma bond every time.

‘I want to show that these things add up. If your gut is saying something’s wrong, trust it. I thought I owed my girls a two parent household because I never got one. The truth is a one parent happy home is the best option! For all my other survivors out there, you can do it too!’

If you enjoyed reading this article…

Getting ready to un-deck your halls? Organization experts share genius tips for packing and storing holiday decor – from using egg cartons for ornaments to spooling lights with old cardboard

Lookalike in aisle four! Grocery store cashier with an uncanny resemblance to Hailey Bieber AND Dua Lipa goes viral after showing off her A-list looks behind the register

Strangers donate more than $271,000 to selfless Buffalo woman and the mentally-disabled man whose life she saved after finding him suffering from severe frostbite while stuck in deadly blizzard