It was the last policy bust-up before Michael O’Brien’s political death – the latest in a long line of decisions that whipped his colleagues into a frenzy and led to internal calls for him to quit.

Late last month, the Coalition released a plan to reroute hundreds of kilometres of high-voltage power lines away from Ballarat. In doing so, the opposition scored a win with angry locals but drew the ire of western Victorian MPs Richard Riordan and Bev McArthur, whose voters would probably oppose the rerouting. 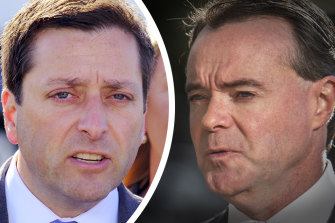 It’s often said in politics that a government is finished when the media and voters pounce on even the most minor misstep without giving it the benefit of the doubt. The same can be said of an opposition leader.

Several MPs told The Age the policy, which went through the shadow cabinet, was sound and well-considered. But the anger of the western Victorian backbench MPs, who were not consulted by Mr O’Brien, led to an all-in brawl at a party room meeting last week that included swearing and demands for shadow ministers to resign.

One MP said it was the most chaotic meeting he had witnessed, while a backer of Mr O’Brien said the bust-up demonstrated the now ousted leader’s inability to communicate with colleagues and manage relationships.

“No matter what happened, they came in and attacked him,” the MP said. “We’d encouraged him to just pick up the phone and check in, but you’d rarely hear from him.

“Sometimes you have to give the backbench a little sugar.” 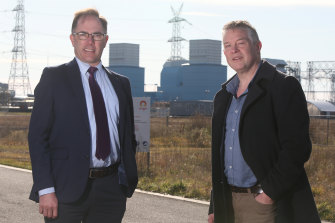 The episode was not the straw that broke the camel’s back, but it was the most recent and arguably most dramatic example of what Mr O’Brien’s detractors believe is a lack of people-management skills and political nous.

The former leader, who is widely seen as a decent, smart and dignified man, was urged to build relationships with MPs and change his leadership style following an unsuccessful coup attempt in March.

He hired a new chief of staff, laid out new policies and stepped up attacks on the Premier and the government.

However, he continued to alienate his colleagues, according to MPs. This included barely speaking to or acknowledging the March coup leaders Brad Battin, Ryan Smith and Richard Riordan.

As he ignored them, they had regular conversations over winter with Matthew Guy’s supporters to heal differences and strike a deal to roll the leader, out of sight of the small and less social group of MPs Mr O’Brien relies on as his eyes and ears.

The power lines furore highlighted the tinderbox environment inside the opposition. MPs on thin margins, who fear an electoral wipeout similar to that experienced by the WA Liberal opposition, became increasingly concerned that Mr O’Brien’s policy agenda was philosophically inconsistent and flaccid.

In late June – two weeks after Mr Guy questioned whether border closures were turning the nation into a group of colonies – Mr O’Brien said the Andrews government should have shut the border to NSW sooner and avoided two removalists entering the state and spawning a COVID-19 outbreak.

The new hardline stance, which Mr O’Brien revealed in an interview with The Age, was a departure from the opposition’s frequent warnings against disproportionate public health measures. It provoked red-hot anger from MPs who represent border communities and within days the Herald Sun reported the border stance had prompted a renewed push against the leader.

MPs’ frustration over policy announcements extended to the most trivial of decisions. When the party room last month learnt of a proposed “COVID compassion commissioner” to champion Victorians and make kinder judgments on compassionate exemptions to public health rules, the position was quickly labelled the “cuddle commissioner”.

“That champion should be the Opposition Leader,” one MP said.

Mr O’Brien’s supporters believe the last month or two have been his best in the job and that he had begun to land some blows, but the die had been cast for months and MPs once loyal to him no longer trusted his decision-making.

Mr Guy is set to revisit the power lines policy to assuage the concerns of MPs and local councils. While praising the new leader for his political nous, one senior Liberal source warned his charm offensive in recent months could backfire as leader.

“I don’t know what he has promised his colleagues to get here,” the source said. “If he wants to win he needs good people around him to give him support; he doesn’t need to be returning favours.”