Prince William has access to many things that us mere mortals don’t, including but not limited to: Castles, crowns, and a fleet of potentially inbred corgis. But one thing the rest of us do have that he doesn’t? A last name, apparently.

Prince William’s official full moniker is William Arthur Philip Louis, which we can all agree is literally just a bunch of first names strung together without a last name in sight. So, like…does he just not have a last name at all? It’s all very complicated, TBH, so we’re diving into a bunch of (somewhat archaic) royal rules to break it down for you.

Kay, So Prince William Wasn’t *Born* with a Last Name

We know this thanks to William’s birth certificate, which has a section for “name and surname.” Behold: 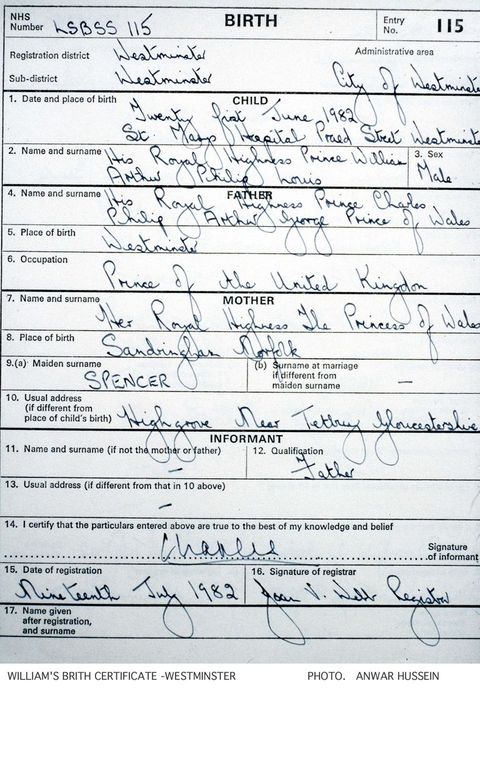 As you can see, the royals simply and quite casually put “His Royal Highness Prince William Arthur Philip Louis” in this section, ignoring the request for a last name entirely. Meanwhile, Charles listed his name as His Royal Highness Prince Charles Philip Arthur George Prince of Wales—because why stop at shoving the word “prince” in your name once when you can put it in there twice?

Please note that William’s full name has actually changed since his birth. Now that he’s the Duke of Cambridge (a title Queen Elizabeth gave him after his marriage to Kate Middleton), William goes by “His Royal Highness Prince William Arthur Philip Louis Duke of Cambridge,” which you can see on Princess Charlotte’s birth certificate: 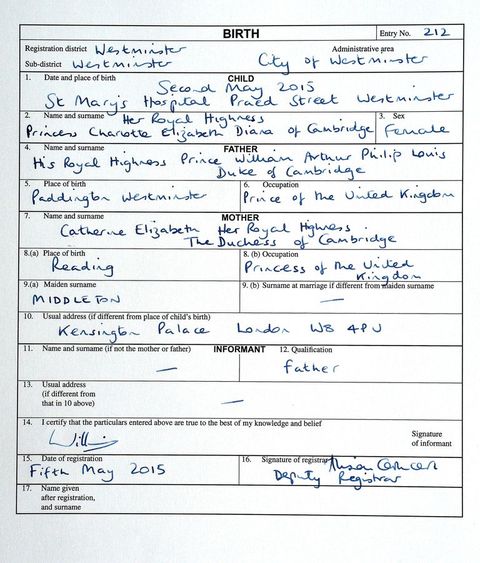 William Has Been Known to Use the Last Name “Wales”

Not having a last name can get kinda awkward when you’re attempting to do stuff like join the army and attend school, so Prince William does have a couple names at his disposal. While at school, and while working in the Royal Navy, the Royal Air Force, and as an air ambulance pilot, Wills used the last name “Wales” thanks to his dad being the Prince of Wales. I think we can all agree “William Wales” sounds both great and kinda hilarious, though FYI that when he was serving as a pilot, he went by the far more official “Flight Lieutenant Wales.” 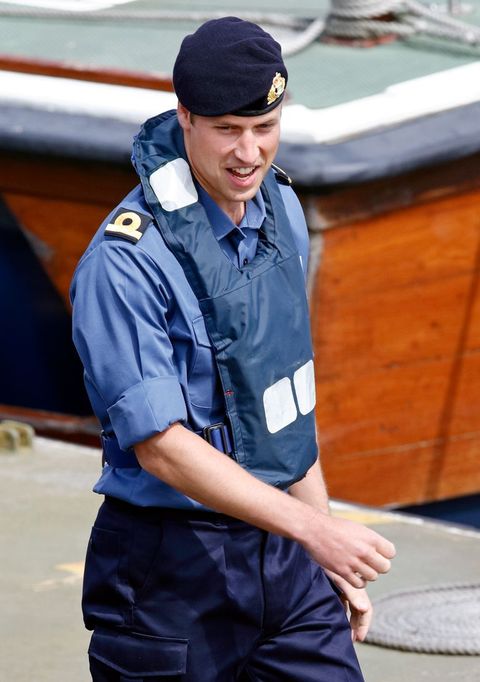 He’s Also Been Known to Use “Mountbatten-Windsor”

Back in 1960, the Queen and Prince Philip decided to give their untitled descendants (aka royals who don’t use “His/Her Royal Highness”) a special last name.

This is why Prince Harry and Meghan Markle’s children use the last name Mountbatten-Windsor! 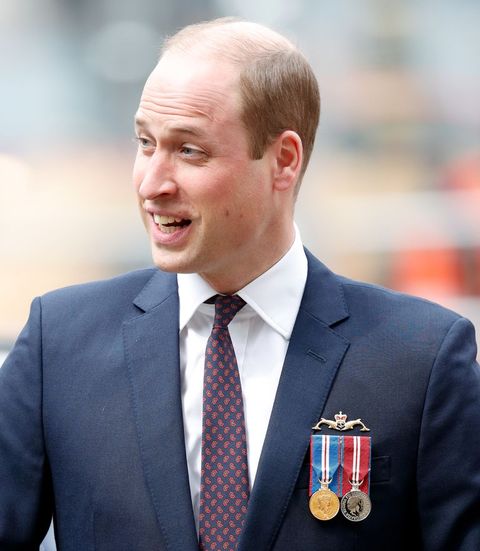 So, where does the name come from? Windsor is the surname that George V gave his descendants before Elizabeth added Mountbatten, which is a shoutout to the last name of Prince Philip’s maternal grandparents.

Prince William doesn’t use Mountbatten-Windsor frequently, but he did use it when suing French magazine Closer for publishing topless photos of Kate. In the lawsuit (which they won!), Wills and Kate were referred to as “Monsieur et Madame Mountbatten-Windsor.”

Instead of going by Mountbatten-Windsor, George, Charlotte, and Louis use the last name “Cambridge” at school. Which is obviously a new level of complicated, but also kinda makes sense since Wills and Kate are the Duke and Duchess of Cambridge, and because we know Prince William used his dad’s title (Wales!) when he was in school. 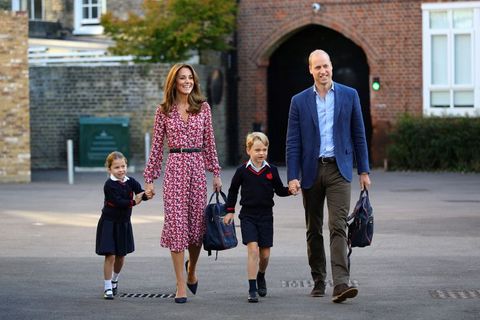 So yeah, in conclusion, Prince William doesn’t have a last name, but when he wants one, he goes with Wales or Mountbatten-Windsor, and his kids are using Cambridge. Fin!