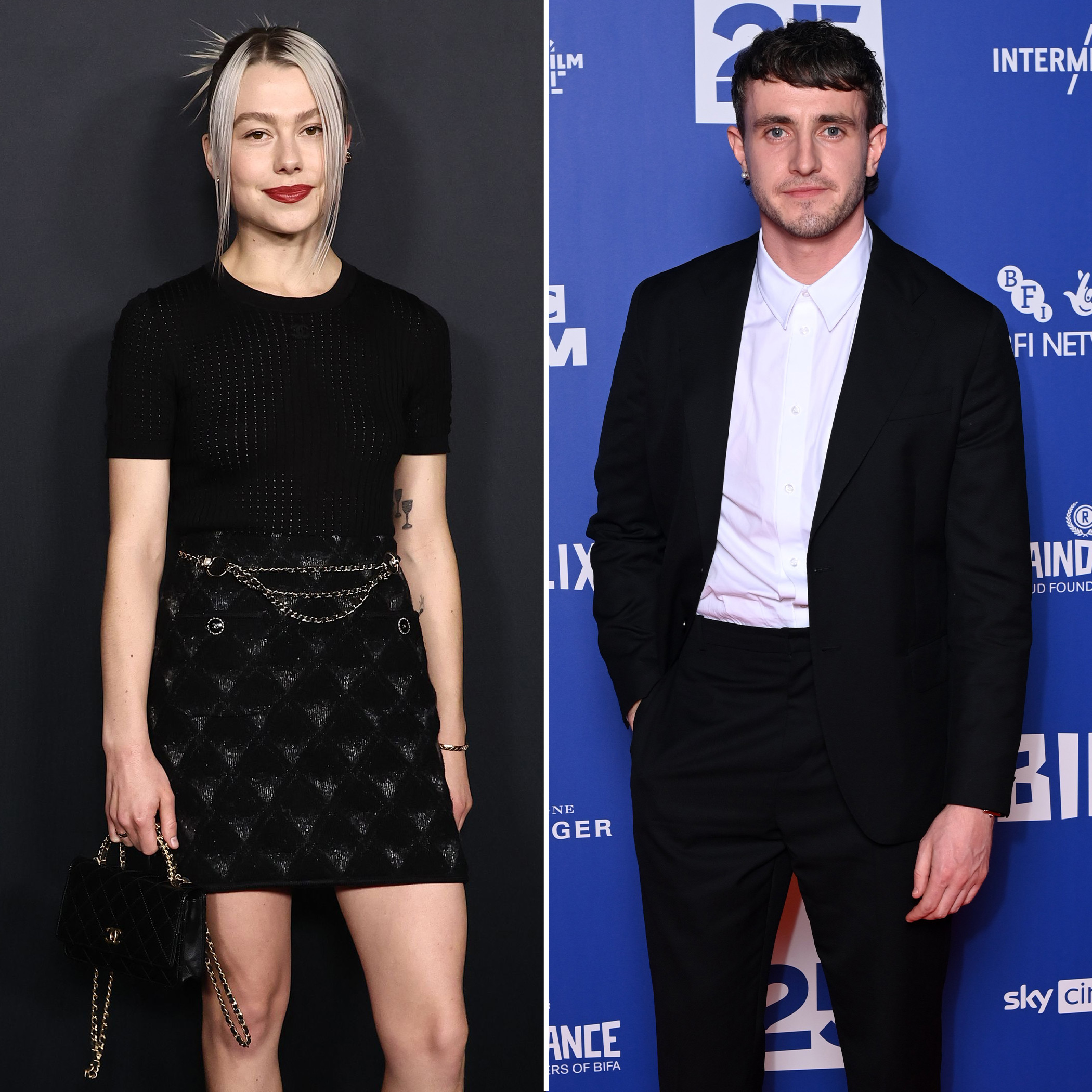 Dropping hints? Phoebe Bridgers revealed her advice for getting over heartbreak amid rumors that she split from Paul Mescal.

“You just have to do it,” the 28-year-old singer said of moving on from love during the Friday, December 23, episode of the “Chick Shop Date” YouTube series. “And it’s gonna end at some point but you can’t make it end.”

When asked what heartbreak has taught her, Bridgers replied, “I think if I had figured that out, I wouldn’t be making music still.”

Elsewhere in the interview, the “I Know the End” songstress gave fans insight into her dating life, revealing how quickly she is intimate with a partner.

Celebrity Splits of 2022: Stars Who Broke Up This Year

“You know what is so f—ked up, I don’t think I’ve ever been on a date with someone that I hadn’t already slept with,” Bridgers confessed.

While the “Garden Song” singer didn’t directly share if any of her comments were about Mescal, 26, she did answer “no” when asked if she thought his show Normal People was “overrated.”

The Los Angeles native seemingly met Mescal in spring 2020 when she made a cheeky comment about his Hulu series.

Later that year, the twosome cohosted an Instagram Live conversation for Wonderland magazine. By December 2020, many fans were convinced they were an item after Mescal starred in Bridgers’ “Savior Complex” music video.

It wasn’t until the following year that the “Moon Song” singer publicly acknowledged her romance with the Irish actor. Bridgers shared a sweet Instagram Story photo in February 2021 in honor of Mescal’s 25th birthday.

The duo eventually made their red carpet debut in November 2021 at the time LACMA Art+Film Gala in Los Angeles. While the pair have continued to keep their romance somewhat quiet in the months that followed, Bridgers’ featured the Lost Daughter actor in her “Sidelines” music video, which premiered in June.

Earlier this month, rumors surfaced that Bridgers and Mescal had called it quits after the “Motion Sickness” singer was spotted with Bo Burnham on several occasions.

Eagle-eyed fans noticed the “Chinese Satellite” artist sitting with Burnham, 32, at the Monday, December 19, showing of Kate in New York City, which he directed.

Bridgers previously raised eyebrows on December 12 after Matt Healy posted a picture kissing the songstress while the comedian stood behind them. Neither Bridgers nor Mescal have publicly commented on their rumored breakup.