WAGES need to rise to encourage Brits "out of their front rooms" and back to work to help support the UK's economic recovery, according to the Bank of England's top economist.

Andy Haldane said the UK's recovery was going "gangbusters" – but it was being held back by furloughed and unemployed workers. 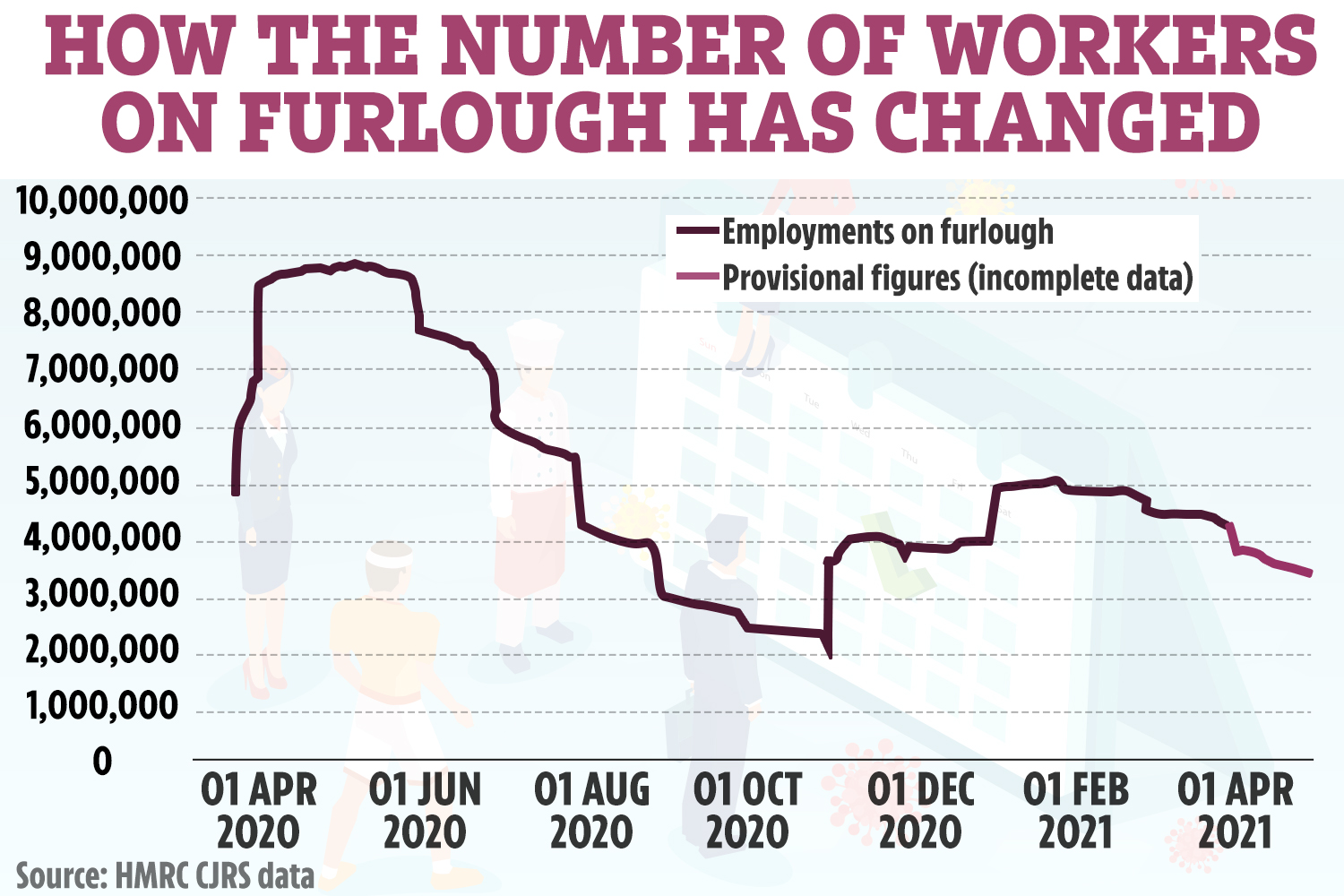 He told LBC radio that spending in the economy needs to be boosted to support employment, but that better-paid jobs also need to be created to get people off furlough support.

Mr Haldane said: "It might require a few pay rises… that should encourage people out of their front rooms and off their sofas and back into the world of work."

He added it was about "creating the jobs and creating enough well-paid jobs to encourage people back to work".

Some 3.4million Brits are still on furlough, with the government reporting that 1.3million came off the scheme between March and April.

Today, part-time workers were warned that they are most at risk of losing jobs as the scheme ends.

But some businesses, such as shops, hauliers and hospitality firms have struggled to get hold of staff.

Las week, thousands of workers were told to get back into office from June 21.

Mr Haldane warned that as UK growth recovers at a "rate of knots", there is the risk that inflation may rocket.

The chief economist said the UK was already seeing some "pretty punchy pressure on prices", with wages starting to rise and increased costs of goods such as petrol, diesel, timber and cement.

He added that "inflation on the high street isn't far behind" and that the Bank may look to trim its vast quantitative easing (QE) money printing programme to keep price rises under control.

"We could start tightening the tap on that, slowing down the amount of money we're printing and ultimately perhaps even to turn that around," he said.

Costs of everyday goods are at risk of rising, a report by Deutche Bank awarned yesterday.

Mr Haldane said he thought Chancellor Rishi Sunak had "played a blinder" in his handling of the response to the pandemic, but added he believed specific support could now be needed for the hard-hit travel sector as it faces a summer of disruption and ongoing restrictions.

June 21 freedom date would be fantastic for the economy

He also said it would be "fantastic for the economy" if all social distancing restrictions lift on June 21.

Mr Haldane said: "It would mean that businesses could plan for a good summer and therefore would open up.

"It would mean that workers in those industries could plan for a good summer and socialise and spend.

"It would put the mojo back into both businesses and workers in a way that would I think lift our growth rates back up further above the levels we see across Europe and elsewhere."

A think tank has put forward the idea that furlough should be extended further.

Here's our guide to how to claim furlough – and all the changes from July 1.