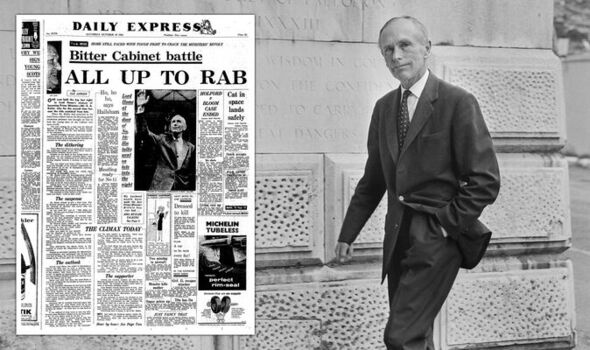 The Scottish Earl would later renounce his hereditary title and be known as Sir Alec Douglas-Home. But he was in power for less than a year before losing to Labour under Harold Wilson, who relentlessly attacked his aristocratic roots.

45 years ago (1977) The body of kidnapped German businessman Hanns-Martin Schleyer was discovered in the boot of a car in France.

The Daimler-Benz executive had been targeted by the communist Red Army Faction who saw him as a symbol of corrupt big business. The group is believed to have been responsible for up to 30 murders.

35 years ago (1987) The world stock market collapsed in what would become known as Black Monday.

The Dow Jones index plummeted by a record 508 points, while in London £50billion was wiped off share values as the FT 30 share index dived.