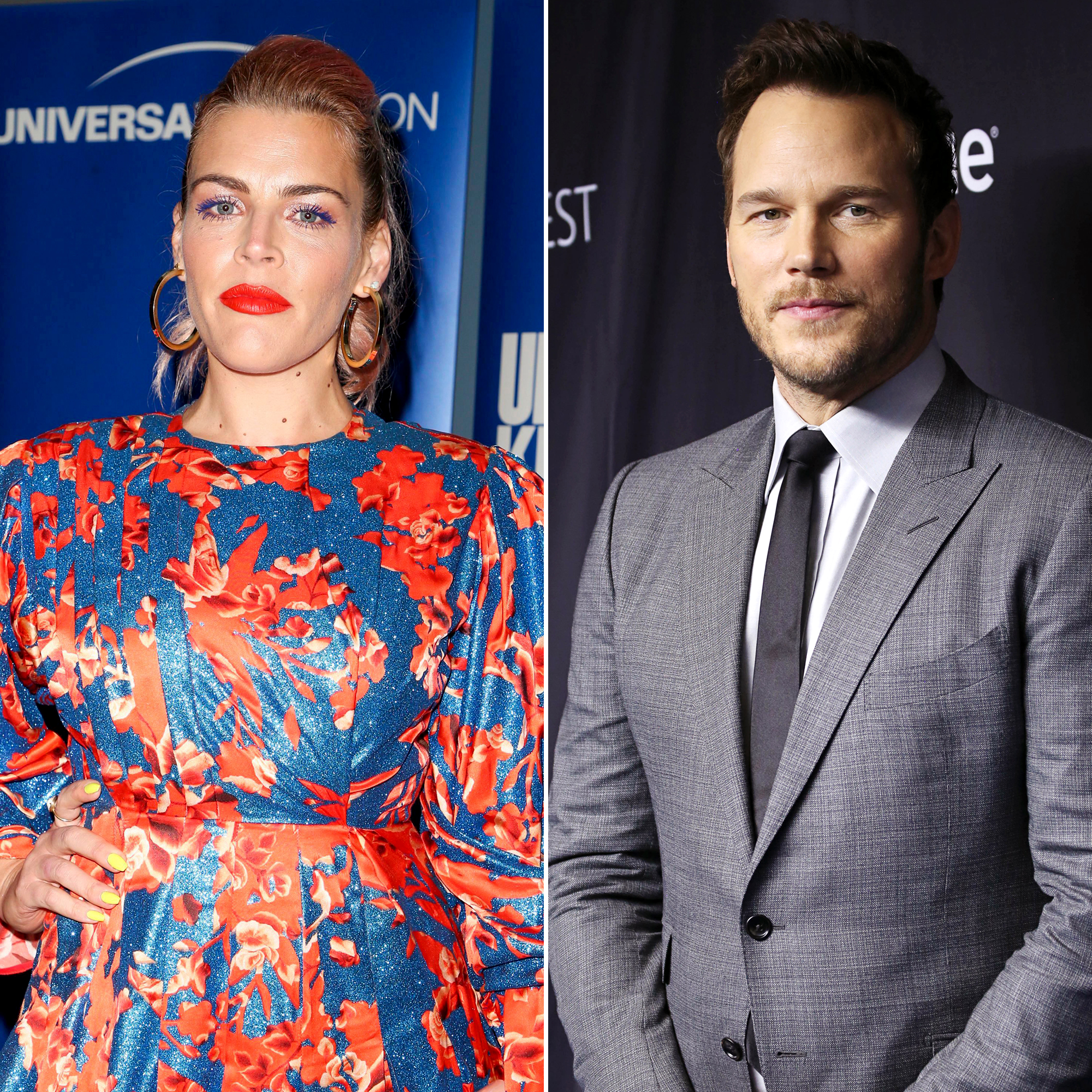 Not a fan? Amid Chris Pratt’s recent online criticism regarding a tribute to wife Katherine Schwarzenegger, Busy Philipps has shared her thoughts on its odd messaging.

“I knew him in the before times, I don’t know him now,” the Girls5eva star, 42, dished on the Tuesday, November 9, episode of her “Busy Philipps Is Doing Her Best” podcast, while discussing the recent controversy surrounding the Parks and Recreation alum, 42. “Holy s—t! Either like you’re the dumbest mothef—ker on Earth, or you’re a real righteous a—hole,” she said, alleging that when they previously hang out, he “drank a lot.”

While the Dawson’s Creek alum stated that she remembered Pratt being both super nice and funny, she was perplexed by his recent Instagram post, calling it “weird” and noted that she did not “understand any of it.”

“My ladies, you’re probably not the type of lady that will laugh enthusiastically if you’re with a man and he starts to make very tired gender jokes about responsibilities and duties and even, like, the f—king tired bit that he’s doing which is, ‘She runs the show I occasionally open a bag of pickles,’” she explained during the podcast episode. “That’s how f—king dumb what he said is. You are a Marvel superhero. You made $480 million last year. You work non-stop. You don’t just open a f—king jar of pickles, you motherf—ker … I hate it so much.”

The former Busy Tonight host didn’t stop there, even noting that his post was an example of men “acknowledging their power” and “patronizing their spouse.”

“What she does in their household is probably a lot. She probably does a lot of the domestic labor,” Phillipps speculated. “They have a kid and whatever. That is actually legitimately a lot of f—king work. But by the way, he’s talking about himself, putting himself in it, in the center of it. It makes it seem like it’s bulls—t. He has possessions, and she is one of them.”

The Guardians of the Galaxy star previously shared a tribute to the Gift of Forgiveness author, 31, earlier this month.

“Guys. For real. Look how she’s looking at me! I mean. Find you somebody that looks at you like that!! You know!?,” Pratt wrote via Instagram on November 3. “We met in church. She’s given me an amazing life, a gorgeous healthy daughter, she chews so loudly that sometimes i put in my ear buds to drown it out, but that’s love!”

He continued at the time, “She helps me with everything. In return, periodically, I open a jar of pickles. That’s the trade. Her heart is pure and it belongs to me. My greatest treasure right next to my Ken Griffey Jr Upper Deck Rookie card. Which if you know, you know is saying a lot. It’s her birthday in about 6 weeks. So if I don’t get her anything, I’ll tell her to look back on this post. Love you honey. ”

Chris Pratt and Katherine Schwarzenegger: A Timeline of Their Relationship 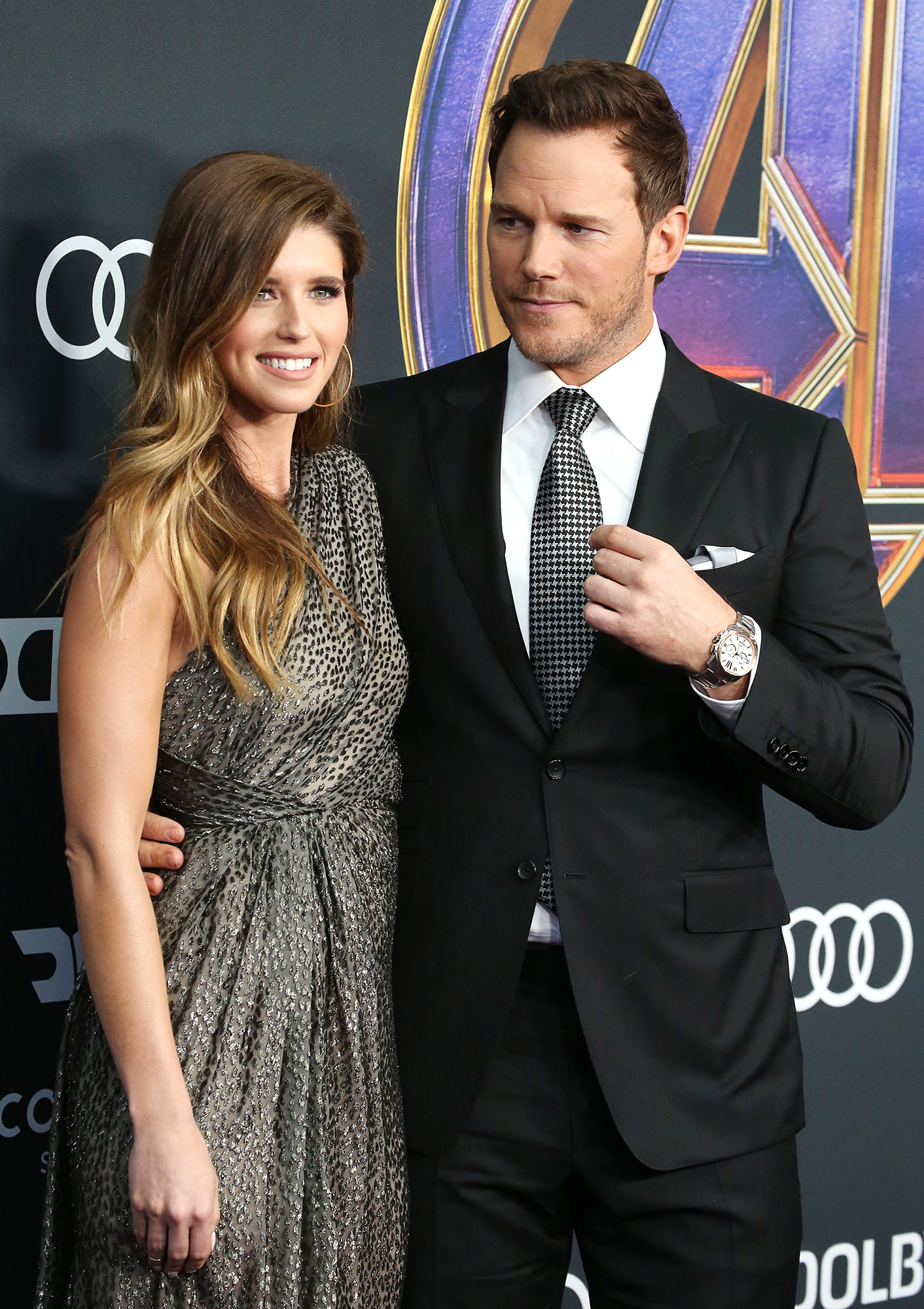 Shortly after the Tomorrow War actor’s emotional social media message, several fans began criticizing him, believing his words about having a “gorgeous healthy daughter” was a dig at ex-wife Anna Faris — to whom he was married from 2009 to 2018 — and their son Jack, 9, who was born premature, nine weeks early, and dealt with several health conditions.

Following the online drama, Pratt’s mother-in-law weighed with her fervent support for the Jurassic World star.

“I want to remind you today what a good man you are,” Maria Shriver commented on the Avengers: Infinity War star’s original Instagram post on Saturday, November 7. “What a great father you are to Jack and Lyla, what a great husband you are to Katherine [and] what a great son in law you are to me and what a great sense of humor you have!!”

Shriver, 66, added in her comment, “I love you Chris, keep being your wonderful self, rise above the noise. Your kids love [you,] your family loves you [and] your wife loves you. What a beautiful life, I’m proud of you xo.”