Family of three! Nick Jonas and Priyanka Chopra’s first child is a girl, Us Weekly can confirm.

The Voice coach, 29, and the Quantico alum, 39, announced on Friday, January 21, that they welcomed their baby via surrogate. A source exclusively tells Us that “friends are excited” for the new parents, who hope to have “at least two children” someday.

In a joint statement shared via social media on Friday, Jonas and the actress noted that they were “overjoyed” to have expanded their family, adding, “We respectfully ask for privacy during this special time as we focus on our family. Thank you so much ❤️.” 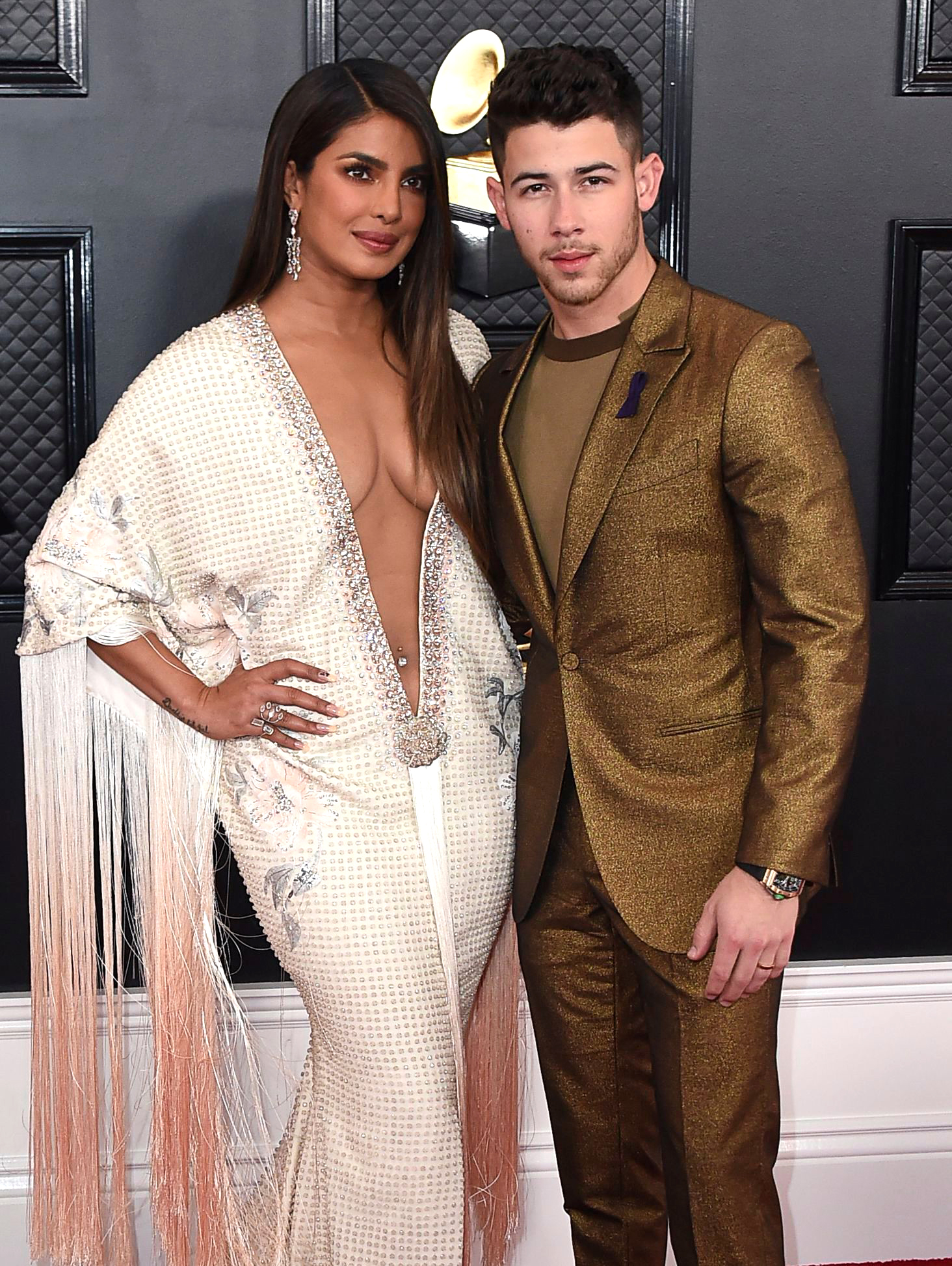 The “Jealous” singer and his wife of three years received support from Nick’s older brothers, Kevin Jonas and Joe Jonas, who both commented on the post with heart emojis. Nick also has a younger brother, Frankie Jonas.

The Jumanji: The Next Level actor’s baby joins three other children in the Jonas family. Kevin, 34, shares two daughters, Alena and Valentina, with wife Danielle Jonas. The twosome, who wed in 2009, welcomed their girls in 2014 and 2016, respectively.

Nick Jonas and Priyanka Chopra: A Timeline of Their Relationship

Joe, 32, became a father when his wife Sophie Turner gave birth to their daughter, Willa, in July 2020. The DNCE musician and the Game of Thrones alum, 25, tied the knot in May 2019 — and held a second ceremony the following month — before quietly welcoming their baby.

Nick, for his part, married Chopra in December 2018 after getting engaged five months prior. The Isn’t It Romantic actress hinted at the duo’s plans to start a family earlier this month in her February 2022 Vanity Fair cover story.

“They’re a big part of our desire for the future. By God’s grace, when it happens, it happens,” she told the magazine, joking that she and the Kingdom alum were “not too busy to practice.”

Disney Channel Original Movie Hunks: Where Are They Now?

One year prior, Nick gushed about his wife and their future as parents, telling Extra in February 2021, “We’d be blessed with any child, son or daughter or anything. Just knocking [on] wood that it happens.”

The Jonas Brothers member noted that he was “sure” Chopra’s mother would “want to weigh in” on her future grandchild’s name, adding, “And my family would want to weigh in too.”

The Baywatch actress previously agreed with her husband, telling The Sunday Times in January 2021 that she wanted a large family.

“I do want children, as many as I can have,” Chopra said at the time. “[Enough for] a cricket team? I’m not so sure.”