Tech giant Amazon’s gig model for parcel deliveries has been dealt a blow, with the NSW industrial umpire extending minimum rates of pay to thousands of drivers.

The NSW Industrial Relations Commission on Friday ratified an agreement between the Australian Industry Group, Business NSW, Toll, FedEx, Global Express and the Transport Workers’ Union that mandates rates of pay for parcel delivery drivers of all size vehicles. 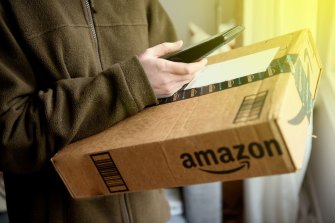 The TWU has been campaigning for higher pay and greater rights and protections for parcel delivery drivers, with a particular focus on Amazon Flex, one of the newer players in Australia’s gig economy.

“This is a highly competitive and increasingly growing market and industry, particularly in the lighter vehicle space, and there is a need in that sense to ensure there is a fair and reasonable rate that applies,” Mr Webb said.

Amazon Flex recruits car and van owners as independent contractors to courier goods in four-hour blocks. It requires couriers’ vehicles to have a carrying capacity of no more than 1.5 tonnes, meaning they fall outside the terms of the General Carriers Contract Determination, which sets minimum rates for vehicles with a haulage weight of two tonnes and over.

Amazon Flex tells prospective drivers on its website, “the owner-driver laws operate separately to our contract and do not form part of our contract with you”.

But the IRC ruling means the pay scheme for general carriers – which takes into account expenses such as petrol – will be broadened from March 1 to include drivers of lighter vehicles. It will set a minimum hourly rate of $29.85, increasing to $37.80 in mid-2025. Amazon Flex currently pays a minimum of $108 for a four-hour block, or $27 an hour.

Amazon has been approached for comment. Its director of public policy in Australia, Michael Cooley, last year told a Senate job security inquiry that NSW regulations “specify rates that are applicable to the delivery partners, and we comply with those regulations”.

He said due to surge pricing – where prices rise in periods of greatest demand – drivers were paid an average of $120 for four hours, while Amazon’s public policy manager, Ryan Smith, said 90 per cent of delivery blocks were completed in less than the allocated time.

“We allocate a number of parcels to delivery partners that is optimised to that block time,” he said at the time.

Labor senator Tony Sheldon said the NSW decision increased the onus on the federal government to regulate the gig economy, which the opposition wants to do through changes to the Fair Work Act.

Federal Industrial Relations Minister Michaelia Cash told a parliamentary hearing this week the government had funded the Australian Bureau of Statistics to investigate the extent of various platforms’ impact on the Australian workforce.

But she told Senator Sheldon on Wednesday that “to just go in and regulate something like you [want to] do could possibly have the effect of wiping it out”.