Energy-zapping mistakes YOU make each morning without realising: NHS doctor says hitting the snooze button kickstarts another ‘sleep cycle’ while checking your phone ‘puts you on edge’

An NHS doctor has revealed the early morning habits that will actually leave you with less energy throughout the day.

Dr Karan Raj, from London, informed his 4.1million TikTok followers of the three morning mistakes people make that can drain them of energy.

He explained that drinking coffee, hitting the snooze button and checking your phone first thing could all have an adverse impact.

Karan, who is a surgeon as well as a clinical Lecturer at Imperial College London and University of Sunderland, warned that doing any or a combination of these habits could get you off to a bad start in the video which received more than 119,000 likes. 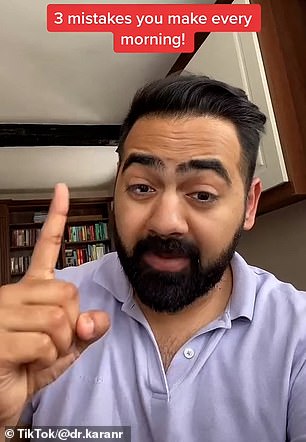 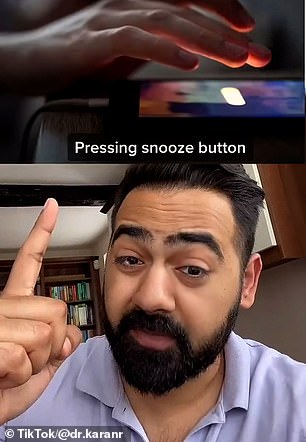 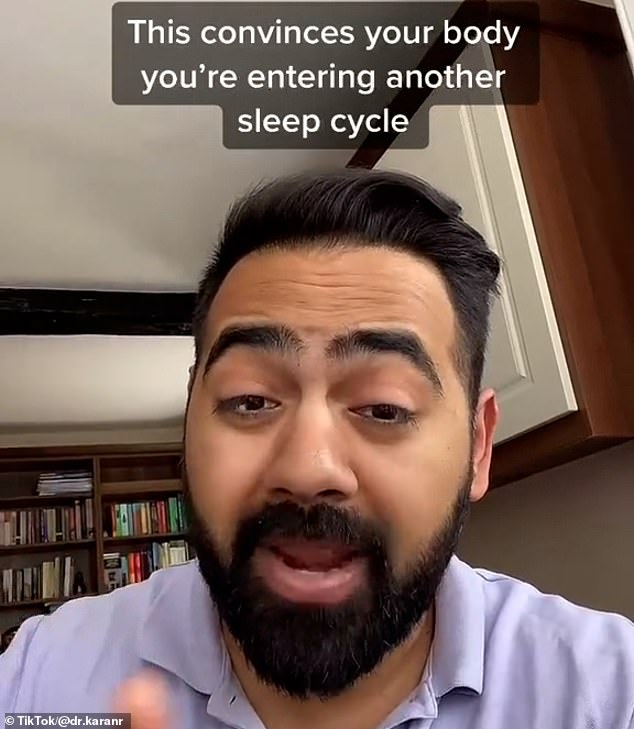 In the video titled, ‘Do you do this?’ the first mistake Karan mentions is a common habit; pressing snooze on your wake-up alarm.

The doctor warns that delaying getting out of bed by pressing snooze enters your body back into the sleep cycle which causes it to release hormones which aid sleep, making you more tired.

He also advised that when you eventually do get up, your body is full of chemicals that could be making you tired for up to four hours.

Checking your phone as soon as you wake up is also a flawed morning routine, says Karan. He explained in his video that as we wake up our brains gradually go from what’s called ‘delta to theta to alpha brain wave activity.’

What this means is your brain is becoming more alert through gradual stages, but if you interrupt that cycle by using your phone, your brain will skip straight to the alpha phase and become alert too quickly. 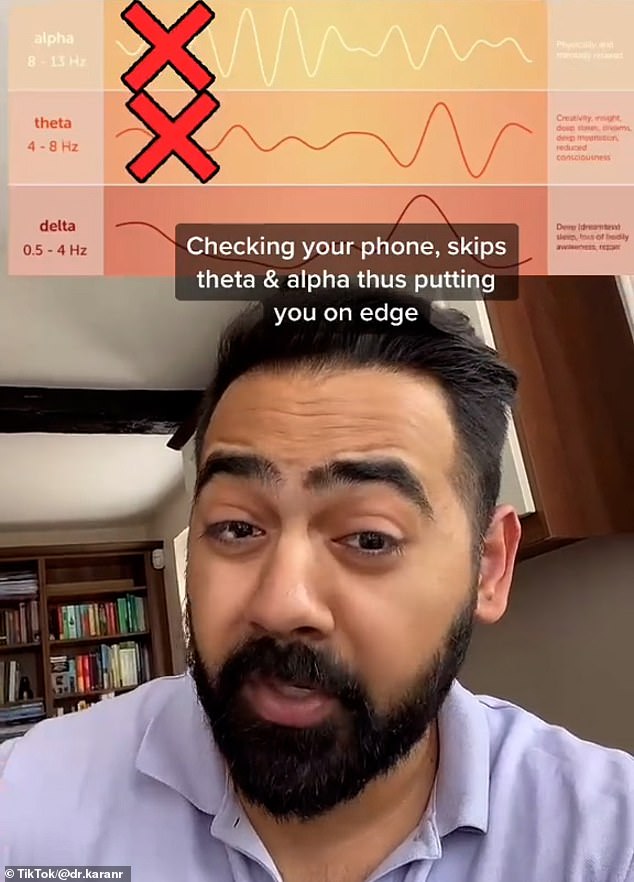 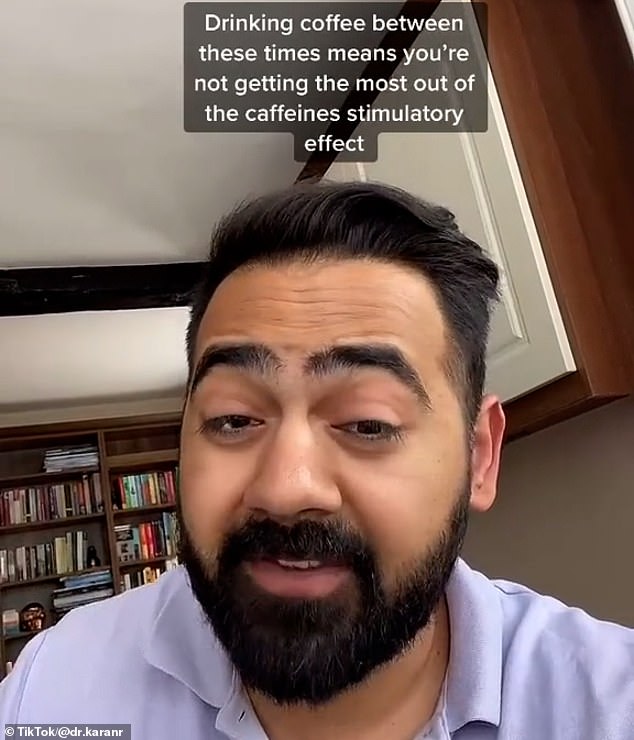 Karan warns this will keep you on edge ‘all day.’

Cortisol is the primary stress hormone produced in our bodies, it keeps up alert and increases sugars in our bloodstream.

However, as Karan explained in his video, our bodies naturally produce cortisol at 8-9am and when we drink coffee too soon after waking up the stimulants in caffeine won’t actually have the desired effect.

Instead, he advised, we should wait until our natural cortisol levels have dropped later in the day to drink coffee, when we could do with a pick-me-up.

Karan advocates for the simple way of waking up in the mornings, admitting that he used to make these mistakes too

Reaction: Dr Karan responds to TikTok commenters and puts their minds at ease