ESTHER RANTZEN: My cunning plan to stop Covid wrecking Christmas dinner? We had it last week!

Like so many extended families, each year we have to plan Christmas like a battlefield strategy to avoid any conflict turning into warfare.

In October, we made our plans as usual. It meant my daughter Rebecca and her husband James throwing their home and their Aga open to 17 people, with turkey and all the trimmings, Secret Santas and crackers, the lot. It was a huge ask but they are both efficient and generous hosts, and the plumber arrived in time to fix the loo.

Then, as Omicron started to rampage at the beginning of the month, some of us had second thoughts. Included in our number are vulnerable members — some aged, some with underlying health conditions — and they began to worry about so many of us crammed together. Obviously we would all use lateral flow tests before the party but just how reliable are those tests? (And is it true — as Irene Petersen, professor of epidemiology at University College London, said at the weekend — Omicron moves so fast you can go from safe to infectious in hours?) 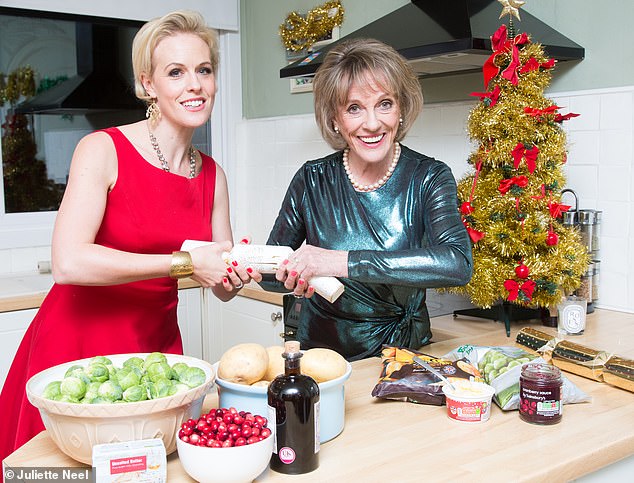 Esther Rantzen and her extended family enjoyed Christmas Day a week early because of the uncertainty about covid data. Pictured: Esther pulls an early cracker with daughter Rebecca

Like most families, we are divided into buccaneers and party poopers. Some of us are natural risk-takers. Others tiptoe to the edge and then retreat. Inevitably my children began to make difficult phone calls to each other.

Would there be a way to enjoy being together but still stay socially distanced? If the oldies have to stand outside in the garden, or sit huddled by an open window, would they avoid Covid but succumb to pneumonia instead? Would the little ones jump into our arms and hug us lovingly, wiping runny noses on our Christmas jumpers and behave like tiny viral petri dishes?

Someone suggested it might be best for family members to meet at different times on Christmas Day, some for lunch and others for tea. That idea didn’t go down well at all. Some of us felt rejected. Others felt abandoned.

What’s more, we realised that with so much uncertainty about the data, nobody in government was prepared to guarantee anything.

Perhaps meeting up would be banned entirely — after all, we’ve already seen the whole world upend itself into a lockdown overnight. So to make sure that whatever happened we would be able to sit together around the table and hug each other, we decided to hold our extended family Christmas Day a week early.

We arranged that everybody would bring their negative tests taken at the last moment, the children would play outside in the garden, the more nervous among us would keep our coats on and sit by the window, and forget the calendar date — for us Christmas would come a week early.

So it happened last weekend, and what a revelation it has been. Amazingly nobody had panicked, even when our floors disappeared under oceans of wrapping paper. 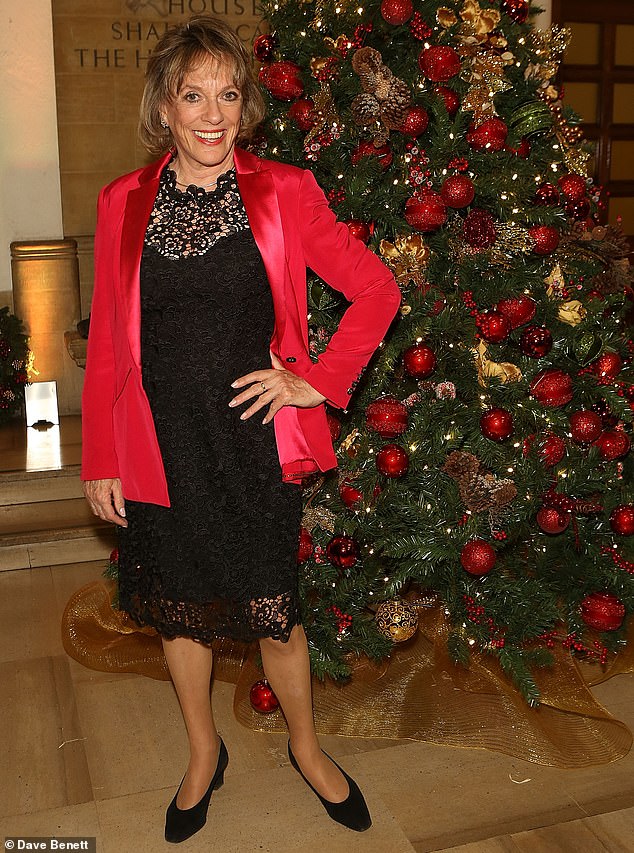 I admit that making sure everyone had their presents ready a week early was a logistical nightmare. I decided to rely upon the elves in the online delivery services and ordered hampers. Nice biscuits and a good bottle or two of wine always pleases.

However, one chore kept me up all night. Gift vouchers for the grandchildren had gone down well with their parents, but to make it a bit more personal I decided to give my grandchildren books that I wrote and illustrated myself, each child having chosen a character for me to include.

I could cope with a bunny and a unicorn, even with two pet rats, but Teddy, aged six, was particularly challenging: the plot he asked for was to combine a hedgehog and a Lego battleship. It took hours. But I did it! And on Sunday, all of us descended upon poor Rebecca a whole week early.

Fortunately she is a dedicated decorator. She already had the tinsel and twinkling fairy lights on every branch in the garden and picture frames indoors. All she had to do was decide on the menu.

When we arrived at Rebecca’s, the children squeaking with joy, they opted for an all-day breakfast instead of turkey, with panettone to follow to make it more Christmassy. 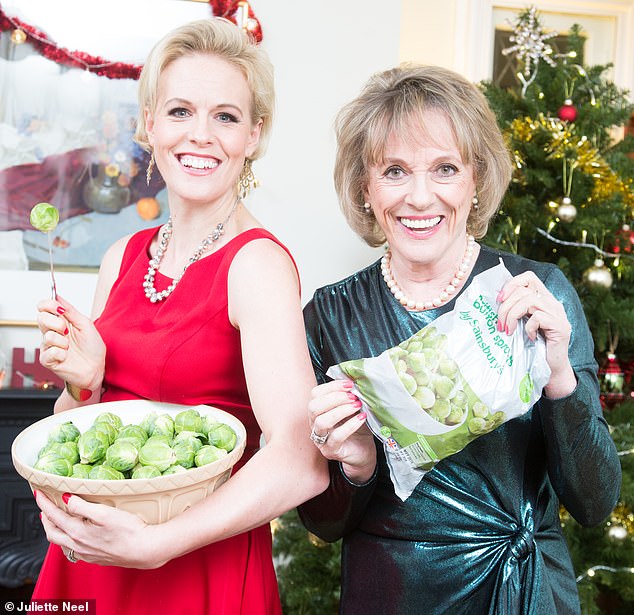 Esther said her family will indulge themselves in a repeat performance if Boris is as good as his word on no more restrictions this side of Christmas. Pictured: Esther and Rebecca

The grandchildren looked wonderful in their Christmas outfits, but we restrained ourselves from opening our presents; my little books are tucked under the familys’ trees to open on the real Christmas morning. And as for the real day, who knows where I’ll be or what I’ll be doing on December 25. Each family has stocked up with a Plan B in the freezer in the likelihood we may have to go it alone; a turkey crown, pre-prepared frozen roasties and brussels, and speaking for myself, a Christmas pudding which according to the label is already four years old.

If Boris is as good as his word on no more restrictions this side of Christmas, we’ll indulge ourselves with a repeat performance, this time with turkey instead of eggs on toast.

Because we’ve already ‘had’ Christmas all together the pressure is off. But that’s not to say the tiffs, the tears and the bruised feelings — caused by this hugely uncertain time and experienced by so many families — have healed.

So there is still one favour I would ask this week of Boris.

Please, if more restrictions are slammed down on top of us next week and the science says we need to stay separate to stay safe on New Year’s Eve stop wavering about, make that decision for us, and ban all New Year parties, gatherings and business meetings. Like they have in Scotland.

That way we can all sit at home, blaming you and maintaining family harmony.

Now that would be a New Year to remember!