Eva Longoria, 46, poses in a bathing suit as she shows off her enviably trim figure by a swimming pool: ‘This is what Xmas in LA looks like’

Eva Longoria took to Instagram on Wednesday to share a smoldering photo of her sitting on the edge of a swimming pool.

The 46-year-old actress looked chic in a one-piece pink swimsuit as she dipped her legs into the water.

‘This is what Xmas in LA looks like,’ the Desperate Housewives star wrote in her caption. 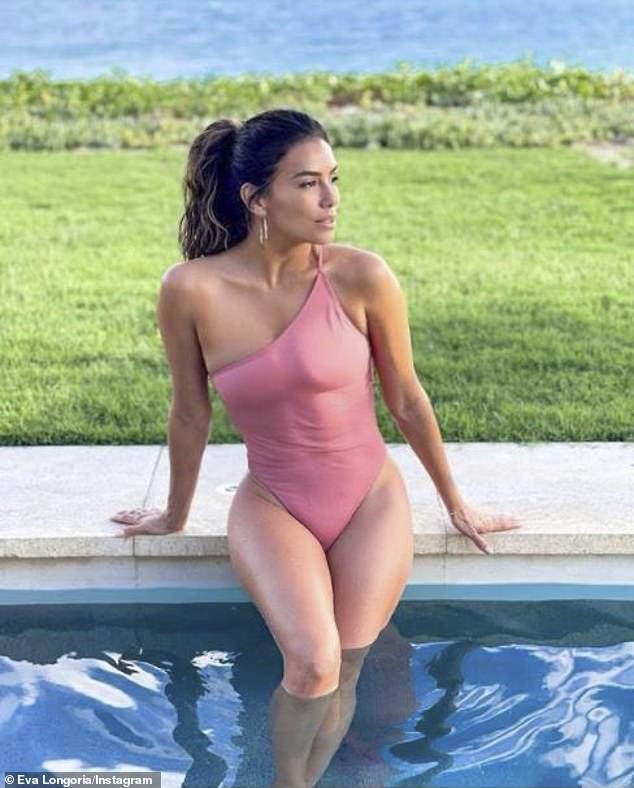 Taking a dip: Eva Longoria took to Instagram on Wednesday to share a smoldering photo of her sitting on the edge of a pool 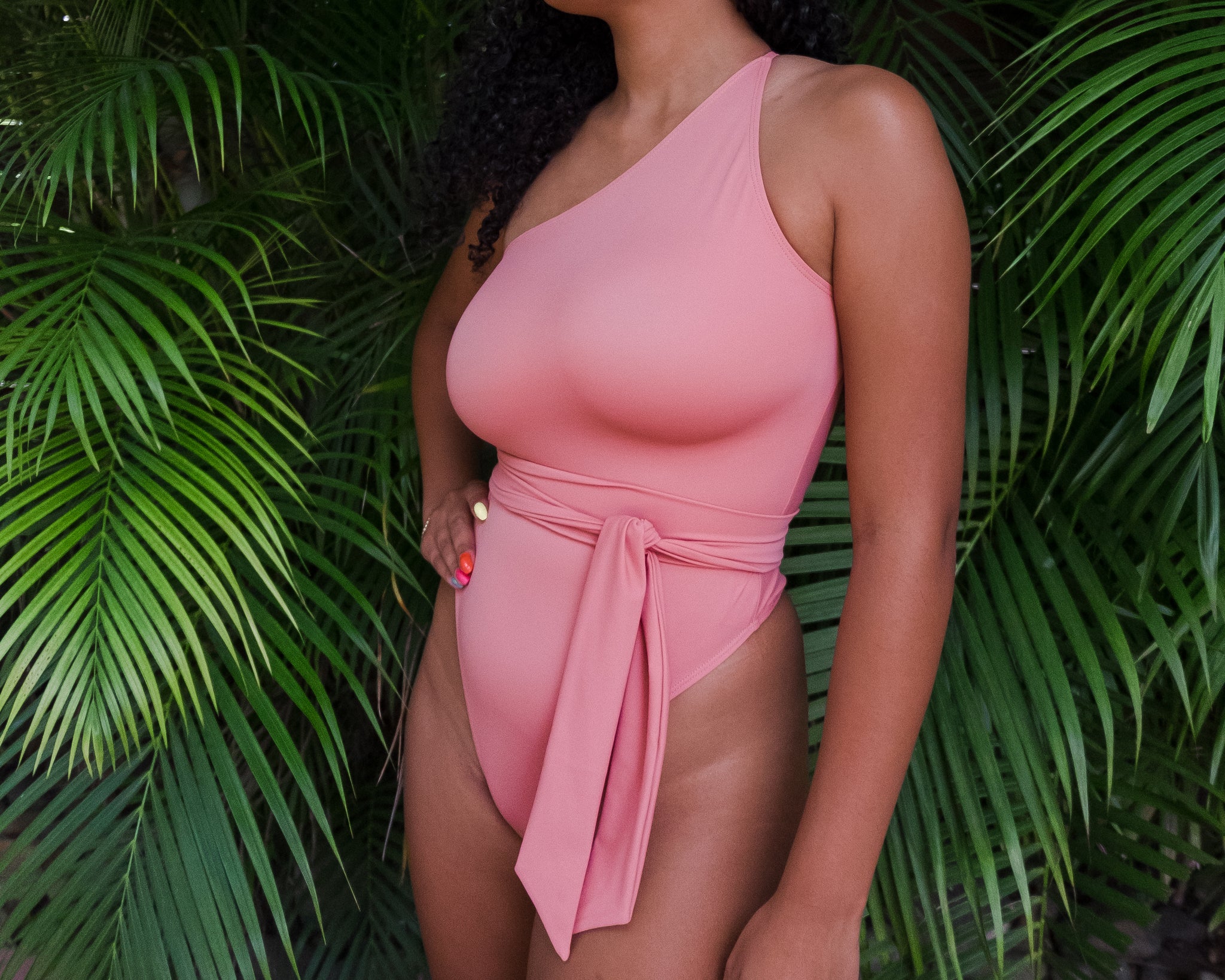 The beauty from Corpus Christi, Texas turned her head away from the camera as she looked into the distance.

The angular position gave viewers a good look at her voluminous, textured ponytail.

The TV producer added gold hoop earrings to her look, giving it a touch of extra glamour.

Longoria’s Caribum swimwear was asymmetrical, styled in a one-shoulder design, and her toned abs were visible through the monokini’s material. 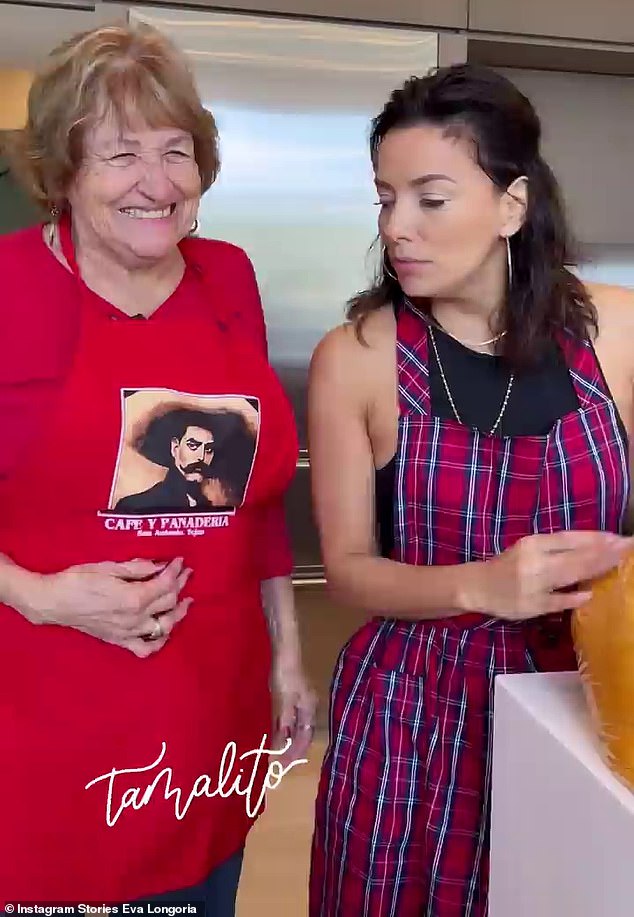 Time to cook! Her afternoon by the pool followed a day spent in the kitchen on Tuesday as she made tamales with her mom and friends

Her afternoon by the pool followed a day spent in the kitchen on Tuesday as she made tamales with her mom and friends.

The petite powerhouse took to Instagram Stories to share outtakes as she toiled over the much-loved food item.

‘We are armed and ready for tamale day,’ she said as she walked into her kitchen with a bag full of ingredients.

The mom-of-one wore a black tank top, black lounge pants, and a red plaid apron for the domestic duty. 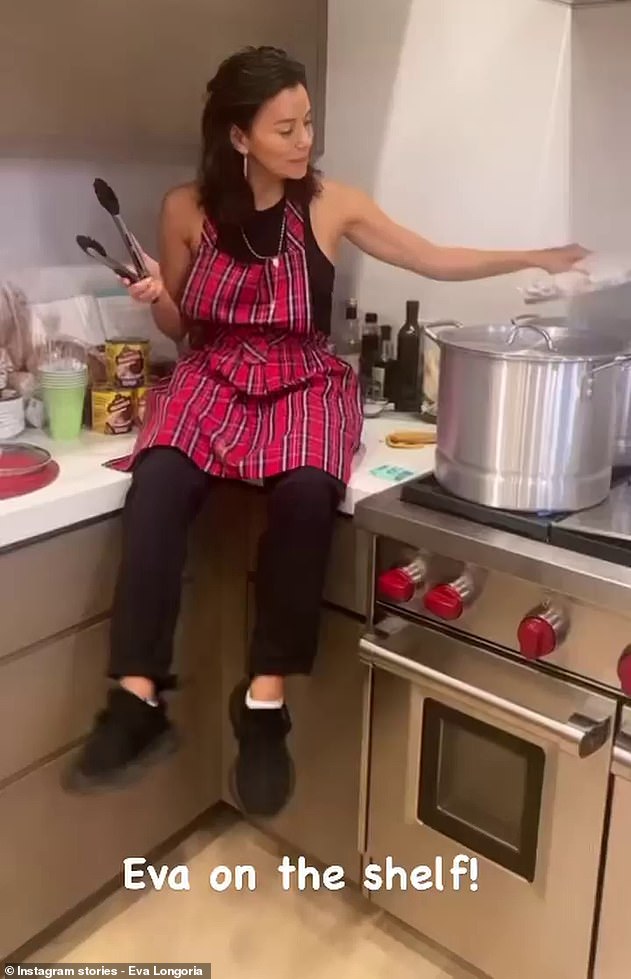 Eva on the shelf: The petite powerhouse put a spin on the seasonal ‘Elf on a Shelf’ trend

Later, the Dora and the Lost City of Gold star put a twist on the classic hot toddy beverage, calling it a Mexican hotty toddy.

The brunette stunner mixed tequila and marshmallows in a cup of hot chocolate as she exclaimed, ‘A little reposado never hurt anybody.

‘It’s my new Christmas drink, which is hot chocolate with tequila.’ 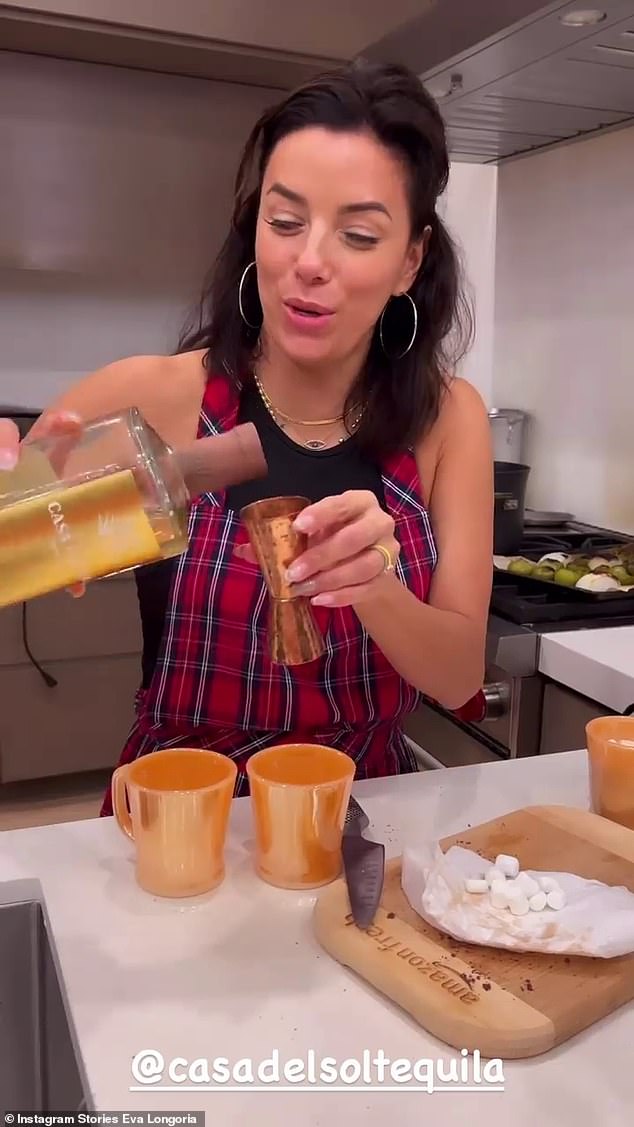 Mixed drink: The Dora and the Lost City of Gold star later put a twist on the classic hot toddy beverage, calling it a Mexican hot toddy

The next morning Eva was back on the photo-sharing app as she made tortillas.

‘Alright, day after tamales, and our other tradition is tortillas,’ she said as she pushed her bedhead hair off her face.

She wore a black robe with white stars as she used a rolling pin to smooth out the tortilla dough. ‘My family’s here and they demand tortillas in the morning,’ she noted.

Her son, Santiago Bastón, three – whom she shares with husband José Bastón – appeared in a video clip as he assisted his mom with a mini rolling pin of his own.

‘Somebody decided to join me,’ the Hollywood vet said in reference to her little boy. 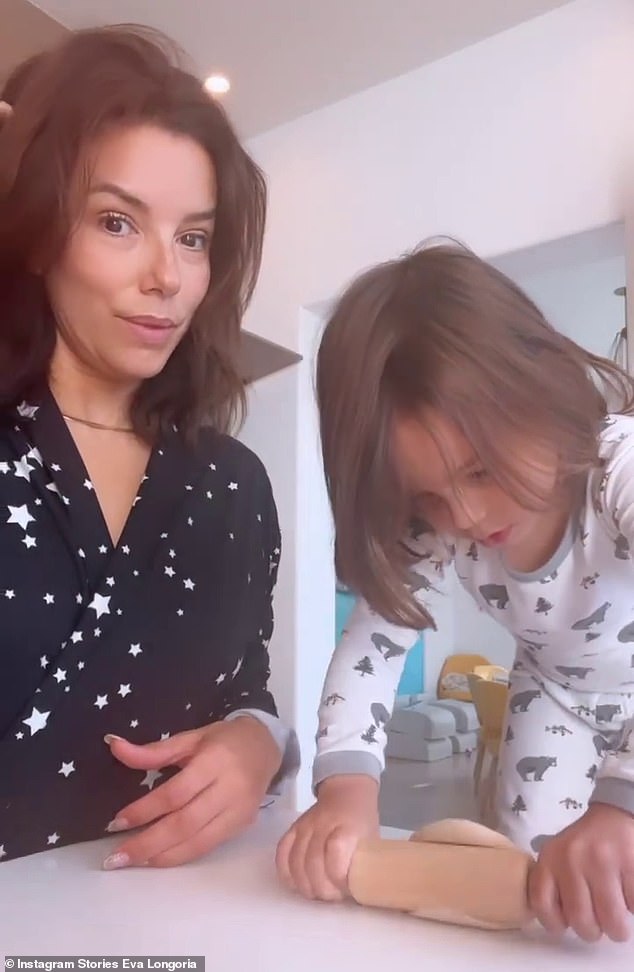 Mom mode: The next morning Eva was back on the photo-sharing app as she made tortillas with her three-year-old son Santiago by her side

Eva recently told Us Weekly about her customary Christmas celebration, in which she celebrates the holiday on Christmas Eve, known in Latin America as Nochebuena.

‘We do the huge meal and presents and all of that the night of the 24th,’ she explained. ‘And then we usually go to mass at midnight. And that’s tradition.’

Longoria joked that splitting up the leftovers, especially tamales, among her family members can be a source of contention.