An Australian mum has been slammed online after revealing she prepares her kids’ school sandwiches five days in advance.

The mum shared images to a popular Facebook group detailing how she makes the lunches every Sunday for the proceeding week.

The ten lunchboxes were laid out on the kitchen bench and filled with a sandwich, cheese cubes, fruit, blueberry bread, chopped vegetables and what looks like a piece of chocolate cake.

‘Sundays are for smashing out a week’s worth of lunch boxes,’ she wrote online.

‘Doing this every Sunday really helps when our weeks are so busy!’ 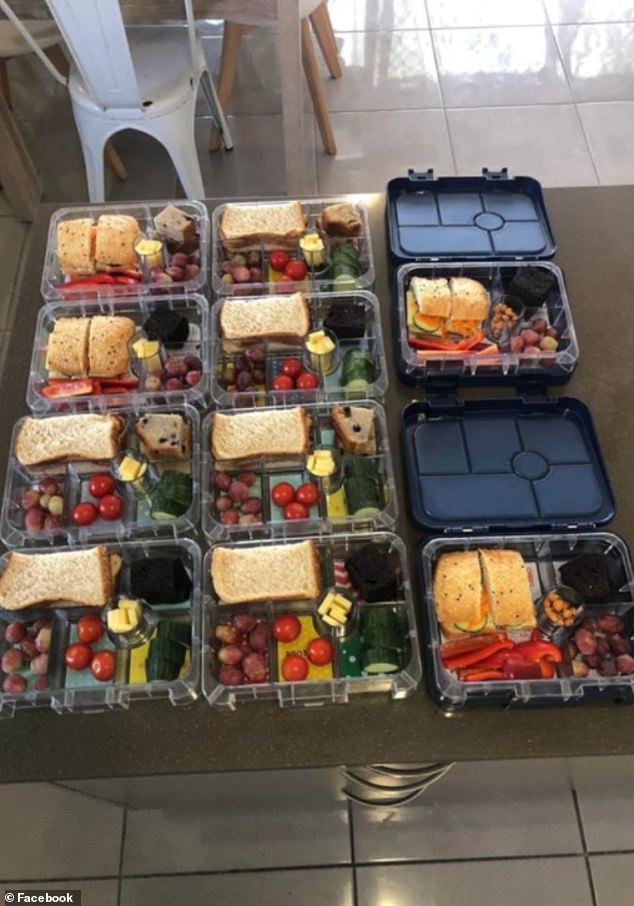 After sharing the image online, the post was flooded with comments from some who deemed the food to be ‘unsafe’.

‘I have bad memories from my mum pre making sandwiches… they were so gross,’ one mum wrote.

‘Glad it works for you, it’s great. It’s a NO from me … I wouldn’t want to eat five-day-old sandwiches,’ another added.

A food expert also jumped in and said: ‘I am a kitchen manager and it’s not safe!’

Others agreed with the kitchen manager and encouraged the mum to avoid packing lunches so far in advance.

‘I do fresh every night and I have five. That’s not safe and you can’t keep them fresh for five days,’ another mum wrote.

While the mum deemed the idea to be ‘time-saving’, others were worried the sandwiches would become ‘soggy’ after being in the fridge for so long.

The mum lashed out at the comments and said: ‘I’ve never had an issue with anything going bad.

‘I make sure to use just bought fresh fruit/veg and try to use fruit/veg that doesn’t need to be cut up so they stay fresher for longer,’ she continued. 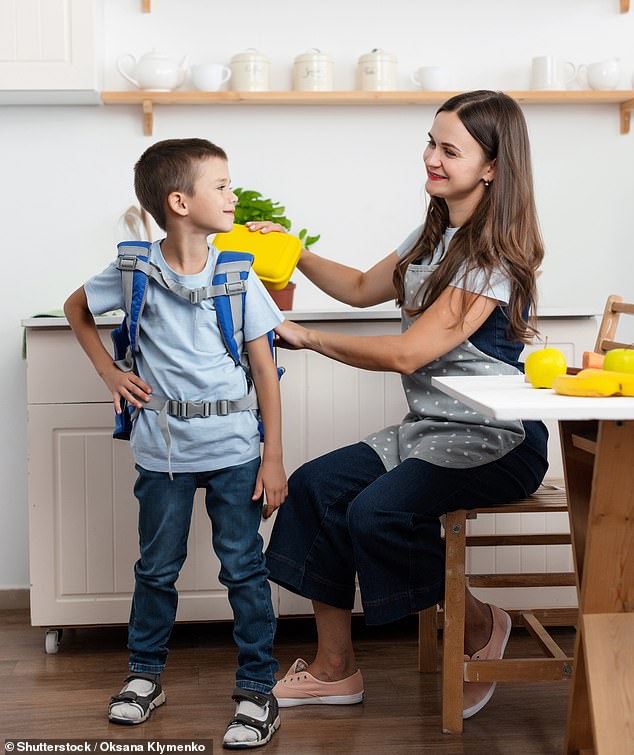 While the mum deemed the idea to be ‘time-saving’, others were worried the sandwiches would become ‘soggy’ after being in the fridge for so long (stock image)

Despite the criticism, other parents praised the mum for being ‘so organised’ with her time and offered some tips to ensure the food lasts longer.

‘We do two days worth. So for us, that’s 16 lunchboxes packed and ready. I wish we had the fridge space for more,’ another wrote.

A third added: ‘This is great, I pre-make and freeze sandwiches for the kids they get them out every night after dinner – spent 95 per cent of today cooking and baking so the kids (five at school, pre school and daycare) have snacks for during the week.’