A heartbroken mother has written an open letter pleading for her husband who murdered their two sons who ‘loved and trusted him totally’ to stay in prison.

Kathleen Chada, from Ireland, was left devastated when Sanjeev Chada brutally murdered their sons Eoghan, 10, and Ruairi, 5, in July 2013, and went on to receive two life sentences in October 2014.

A stunned Kathleen learned that her ex-husband was applying for parole after just seven years in prison in late June around the time of Eoghan’s birthday.

She has now shared an open letter written to the parole board in an effort to keep her sons’ killer behind bars for his full sentence with the Irish Mirror, in which she writes: ‘That I actually have to write this letter is an insult to the memory of my sons Eoghan and Ruairi Chada.’ 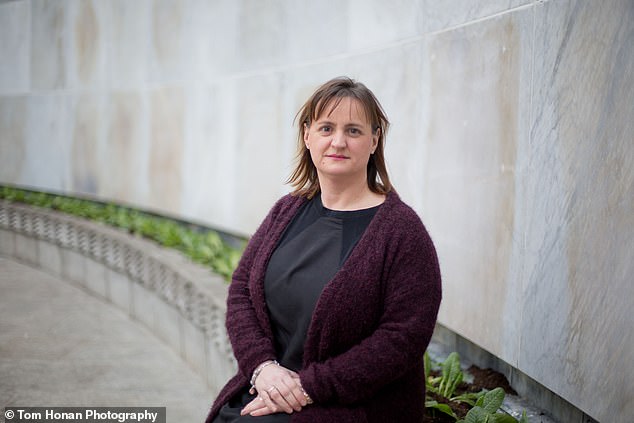 Kathleen Chada, from Ireland, has written an open letter pleading for her husband Sanjeev Chada, who murdered their two sons Eoghan, 10, and Ruairi, 5, who ‘loved and trusted him totally’, to stay in prison 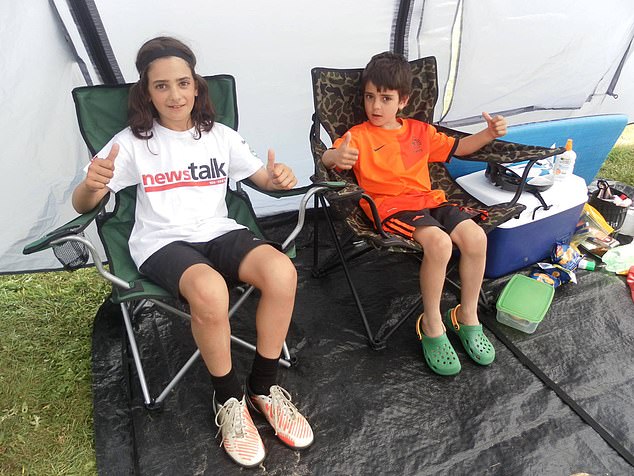 Kathleen said it was an ‘insult to the memory’ of her sons that Chada has applied for parole just seven years into his two life sentences (pictured, Eoghan, 10, and Ruairi, 5)

Nurse Kathleen trained in London before moving to Ireland with her husband Sanjeev.

They welcomed two children and, on the day in question, Chada was meant to be taking sons Eoghan and Ruairi to a bowling alley.

However shortly after driving away with the boys, Mr Chada called a family member and left what was described as a ‘very distressed message’.

Rather than going to the bowling alley, he actually drove from the family home in Co Carlow to a wood in Co Mayo where he killed his boys and dumped their bodies in the boot of a car. 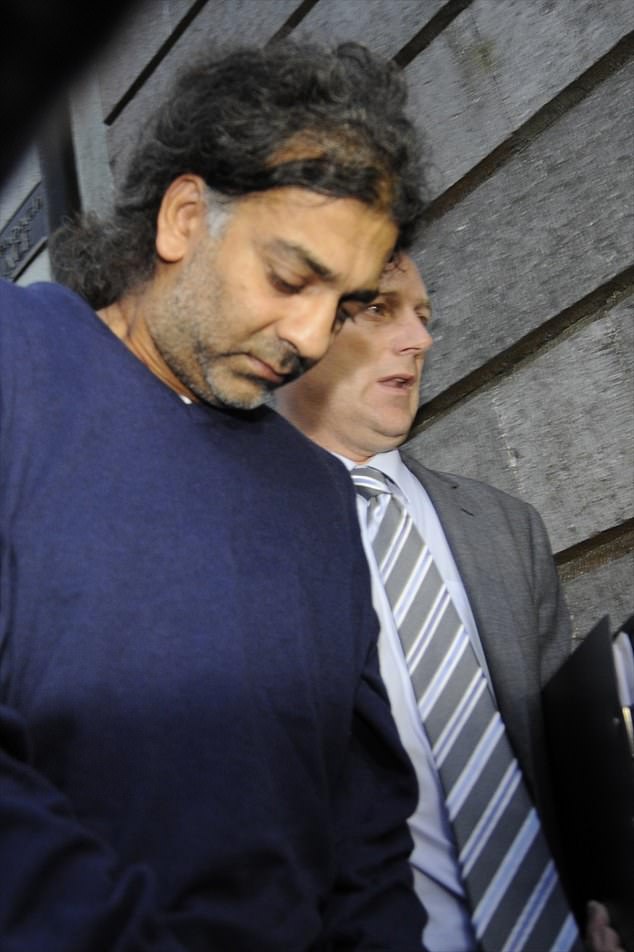 Chada, who brutally murdered his sons before driving into a stone wall in a failed murder-suicide attempt, was jailed in October 2014

When he failed to return home, his wife Kathleen contacted police and raised the alarm.

Chada’s Ford Focus was later found crashed into a stone wall near Westport, County Mayo with the boys’ bodies were found in the boot of the vehicle.

The crimes of Sanjeev Chada

He brutally murdered his children, with Eoghan suffering a fractured skull, torso, hip bone and collarbone which suggested he was knelt on during the assault.

Meanwhile the father-of-two then took his younger son Ruairi on his knee and strangled him.

He dumped their bodies in the boot of the car before driving into a wall in a failed suicide attempt.

He inflicted horrific injuries on Eoghan who suffered a fractured skull, torso, hip bone and collarbone which suggested he was knelt on during the assault.

The father-of-two then took his younger son Ruairi on his knee and strangled him.

He was imprisoned on two life sentences in October 2014, but has now applied for parole having served just seven years of his sentence.

After learning of Chada’s plans, Kathleen has spent the last 10 weeks trying to put her thoughts into words.

‘I’m particularly angry he gets to read everything I write but I don’t get to read anything from him.

‘I don’t get to hear any of the reasons why he feels even justified to apply for parole.

‘My thoughts on putting it into a national newspaper are — if he gets to read it why shouldn’t everybody get to read it?’

In the letter, which was published by the Irish Mirror, Kathleen says the fact that she is writing the letter is ‘an insult’ to the memory of her sons.

Calling her children the ‘most precious and loved’ boys, she said their love was ‘betrayed’ by ‘someone they loved and trusted totally.’

She explained: ‘That he feels entitled after just seven years to apply for parole, having carried out such a calculated, gruesome act on two innocent and defenceless children for his own gratification, shows how inhuman he actually is.’ 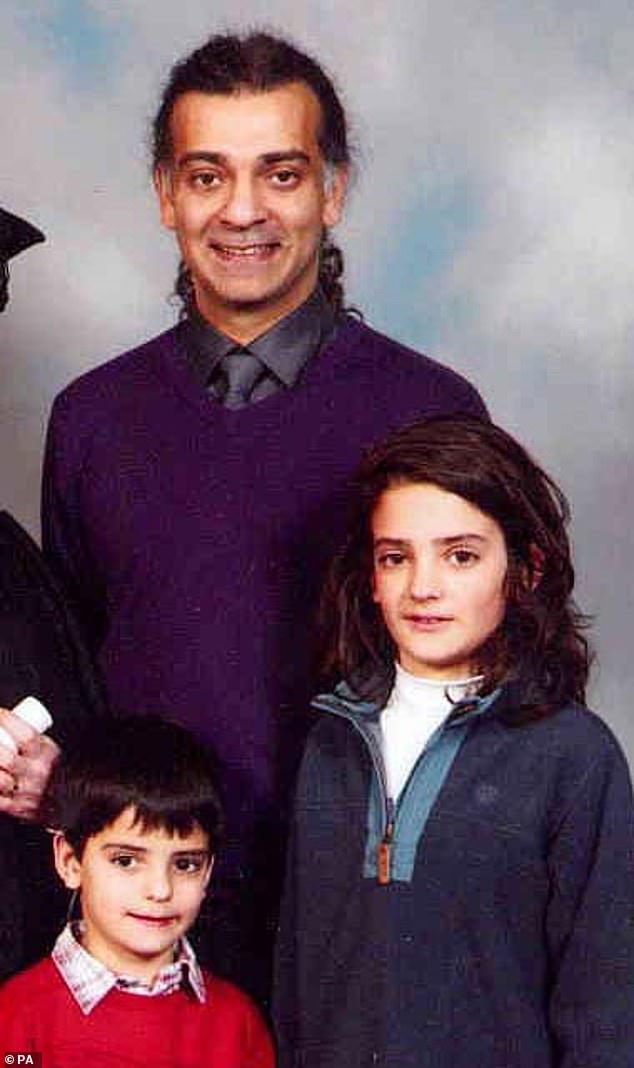 In her open letter, Kathleen called her children the ‘most precious and loved’ boys, she said their love was ‘betrayed’ by ‘someone they loved and trusted totally’ (pictured, together)

Kathleen continued by saying that the fact he was applying for parole showed ‘the weak and pathetic man he is’ adding that he had ‘no insight’ into the ‘ongoing impact’ of his crime.

She added that ‘someone like him’ could not be rehabilitated and called him a ‘threat’ to her, her family and society.

She will now have to wait to find out whether Chada is successful in his application.

If he is rejected, he will be able to reapply in two years time.

Minister for Justice Helen McEntee is currently being called upon by the families of murder victims from around the country to commence a parole act that was passed into law last July.

When passed, the act will require killers to serve at least 12 years behind bars before applying for early release.