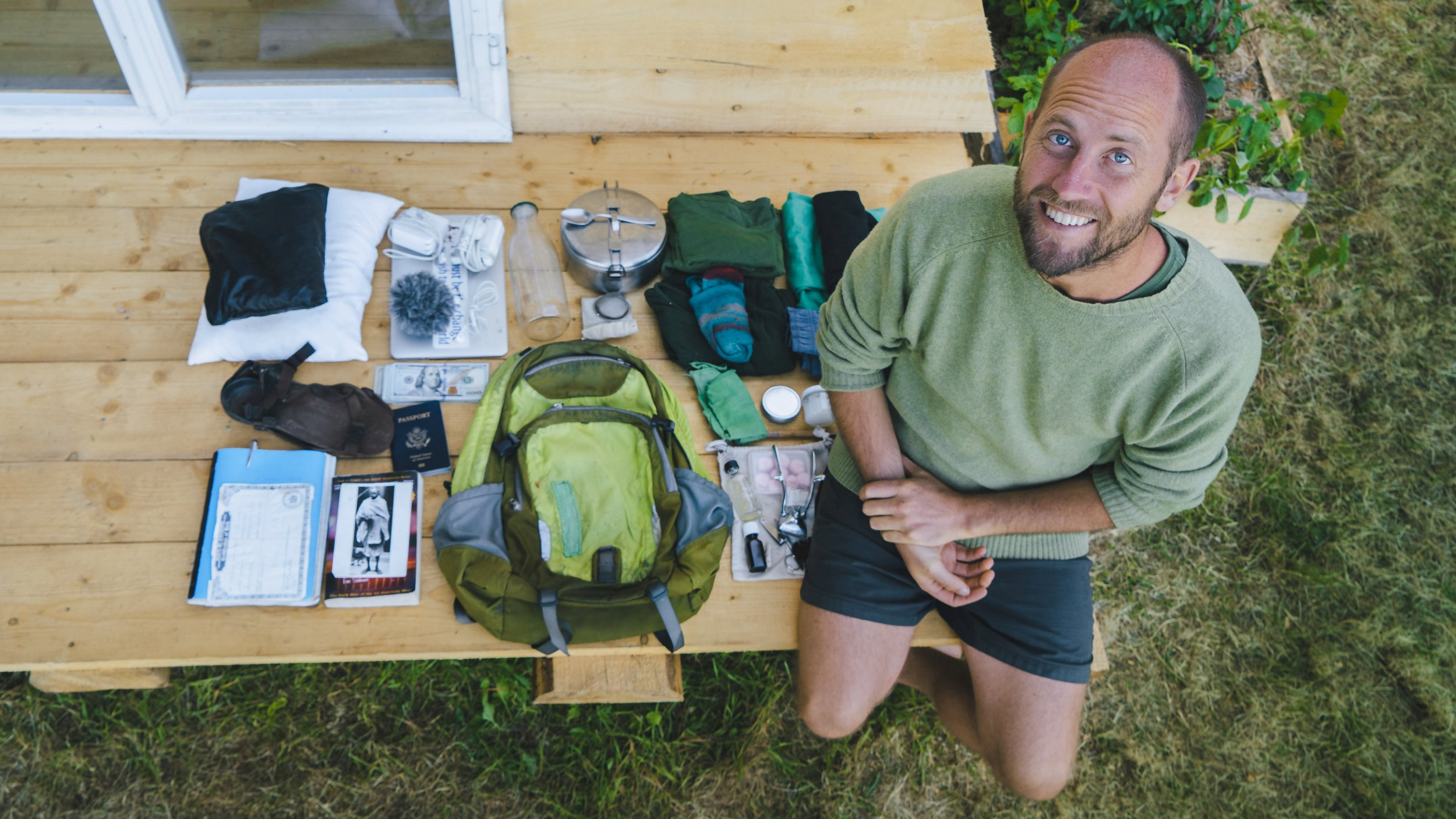 Rob Greenfield, 35, trimmed down his belongings to just 44 items.

He hasn’t always embraced such a minimalist approach, instead having a life overhaul back in 2011.

Inspired by documentaries and books on simpler living, he started off by cutting his possessions in half, by getting rid of anything he hadn’t used in the past six months.

That clearout gave Rob the minimalist bug, and he kept repeating the process.

By 2015, he ditched his car and swapped a three-bedroom apartment for a tiny home in San Diego that measured just 50 sq ft.

After a year there, Rob, who previously owned a digital marketing company, was read to go smaller, cutting down his possessions to 111 objects that he could fit into a rucksack.

Following a year of travelling with those limited supplies, he returned to Orlando and built himself another tiny home for $13,000, using 99% secondhand materials.

By 2020, he had the minimalist lifestyle nailed, and cut down his belongings to just 44 items, including everything he needs for cooking and self-care and just 12 items of clothing.

‘Through my years of downsizing, I’ve found that material possessions don’t create long term happiness or fulfilment for me – that’s why I live the way I do,’ said Rob.

‘The more I listened to these corporations who told me I needed all this stuff, the more I was stuck working to make more money.

‘I’d use the money to buy a bunch of possessions to prove my worth and my value to society when I should have been valuing myself on who I truly am.

‘Giving up my cellphone was the hardest thing to do because it was my form of communication with people – I didn’t know if I’d be able to function without one.

“Before committing to ditching my phone I practiced by locking it in my drawer for a month to make sure I could go without it.

‘My most treasured item out of the 44 things I owned at that time was my Gandhi postcard, which I used as a bookmarker.

‘I gained a lot of my inspiration as he led by example and that’s something I’ve been trying to do for a large part of my life.

‘Throughout the year I either lived with friends and used their washing and cooking facilities or camped.

‘When I camped I’d wash in rivers and lakes and cook my meals on a campfire which was a great way of connecting with nature and the earth around us.’

In case you’re wondering what the 44 important things were in Rob’s backpack, here’s a taster: