Love Love Island? Our Factor 50 email brings all the goss direct to your inbox

Faye Winter, Kaz Kamwi and Liberty Poole are always parading around the ITV2 villa in their bikinis and swimming costumes, but they are never spotted in the actual swimming pool wearing them.

The same goes for the boy contestants, who have been choosing questionable swimming shorts for their days in the sun, but they're actually quite reluctant to get them wet.

So why are none of the contestants using the swimming pool, and why have stars of the show never used it in the previous series?

2016 contestant Kady McDermott revealed exclusively to OK! Online that the time of year the contestants are in the villa means it's freezing throughout their stay.

She explained: "We didn’t actually get in the pool a lot because it’s so cold.

"Because we went into the villa at the end of May and it’s just about getting in to summer, the pool hasn’t been heated or anything."

Contestants have had sex in it

Which is enough to put anyone off taking a dip, isn't it?

Following their win in 2017, Kem Cetinay and Amber Davies admitted to sex in the swimming pool on Camilla Thurlow's birthday.

The pair admitted "they couldn't keep their hands off each other" and "hid under a turtle float" in an interview with Daily Star. 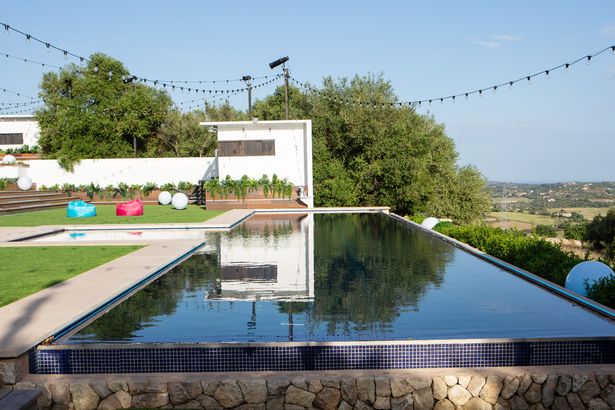 The girls are huge fans of fake tan and hair extensions, so may avoid the pool to avoid messing them up.

Chlorine – which is found in swimming pools – strips hair colourant, and can make hair go green.

It can also make fake tan go patchy, which makes sense when you think about it.