They moved up from London 18 months ago to be closer to family and were looking for properties near to schools for their daughter Eva – and had an impressive £550,000 to £600,000 budget.

However, fussy Kate rubbed viewers up the wrong way when she struggled to come to terms with what she was getting for her money.

‘I sense this Kate is a teeny bit spoiled,’ wrote one, while another penned: ‘Well Kate, I’m sorry hun but if you want more for your money then you’re going to have to look elsewhere aren’t you?’ 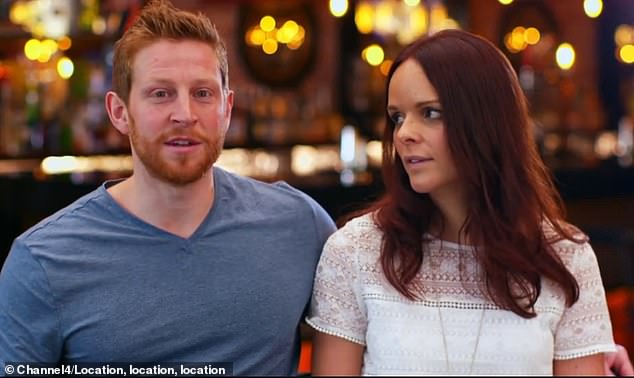 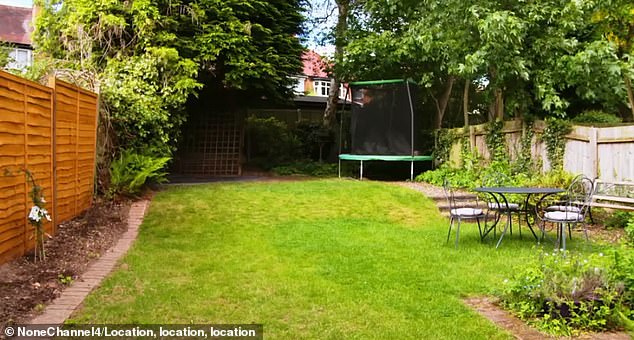 Despite having a large £550, 000 budget, fussy Kate was hard to please – and wasn’t impressed with the North-facing garden of the first house 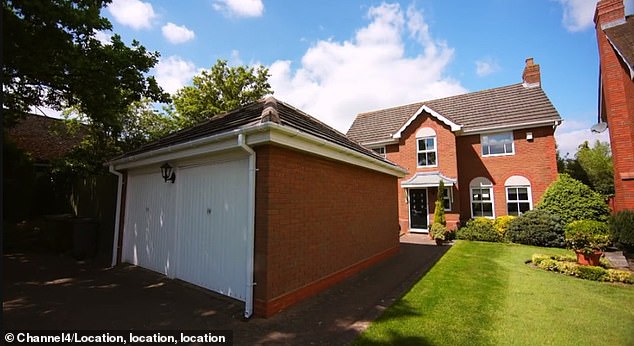 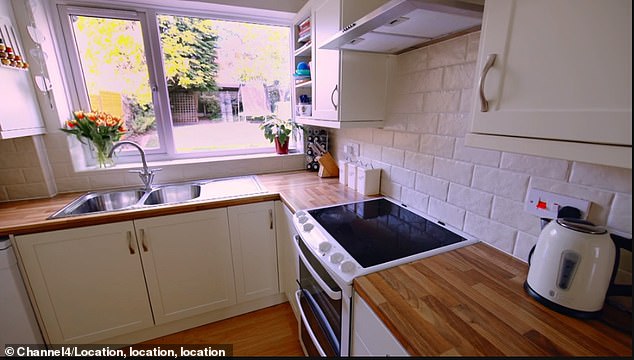 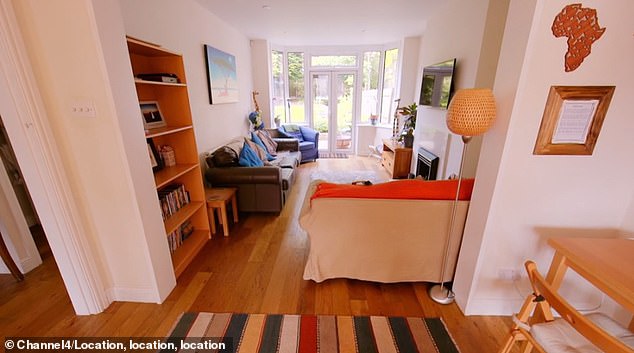 While the living room in the first house offered room for daughter Eva to play, Kate admitted it looked smaller than it did in the pictures

A third commented: ‘Don’t mean to be mean, but vet lady wants an expensive looking house, she should appreciate what she can get.’

First up, Phil showed the couple a 1950s semi-detached property on the same street as the ‘dream house’ they’d missed out on the previous year.

‘It’s got to be a contender, hasn’t it?’ said Phil. ‘It’s on their favourite street. It’s got everything!’ 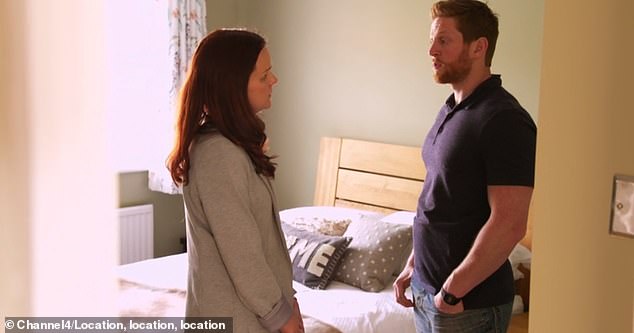 While Dan just wanted a garage for his gym equipment. Kate had stronger feelings on her dream home

Viewers took to social media after the programme aired, with one person calling her a ‘snob’ (pictured)

‘The only thing is it’s North facing garden and I don’t know if Kate can get over that – which seems a shame to me.’

Next, the couple were shown a second detached four-bed house in Hillfeld – which boasted a South facing garden. At £520, 000, it was comfortably under their budget.

‘It has a spacious en suite master bedroom, along with a further three rooms for Eva and their guests,’ explained Phil.

‘The kitchen offers the opportunity to open up the dining room and it has a big garage for gym equipment.’

But when the presenter asked Kate what was going through her mind, she simply replied: ‘It’s not massive.’

Being more reasonable with the house size they were likely to get, Dan explained: ‘You always expect a big mansion when you spend that money. We’ve seen two houses now and I think this is the size we’re going to get.’ 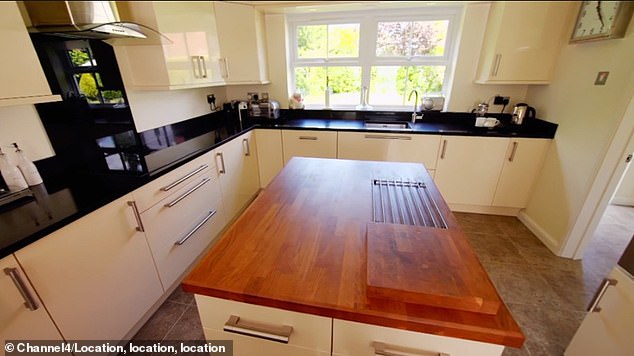 Kate told how she loved the kitchen (pictured) in the third house, but couldn’t overlook the garage that was situation in front

The couple were determined to find a house near schools in Solihull to make it easier for their daughter, Eva

In reaction, one viewer called Kate a ‘snob’ while another commented: ‘Gosh, old Kate is *quite* annoying, isn’t she?’

‘Move to Huddersfield Kate, then you can get a mansion for your money lass,’ suggested another.

While property number three got a better reaction from Kate, who revealed she loved the kitchen, it was still far from perfect.

‘There’s something about the garage that bothered me,’ she said.

Kate said she ‘really liked’ it, leading the couple to put an offer in – which was  eventually accepted for £590, 000.

But viewers were left reeling after the episode aired, and took to social media to express their opinions on the outcome.

‘£595 for their first family home…. I could only dream of ever having that type of money to buy something like that,’ wrote one, while another penned:

‘You’ve got 500k to spend and you’re putting an offer in on a tacky new build in Solihull? YOU DON’T DESERVE THAT AMOUNT OF MONEY.’

A third wrote: ‘Strange to see how people can’t find a house they like when their budget is over £0.5m. Plus the garden in the expensive house was tiny and c***. For that price, I’d expect better.’ 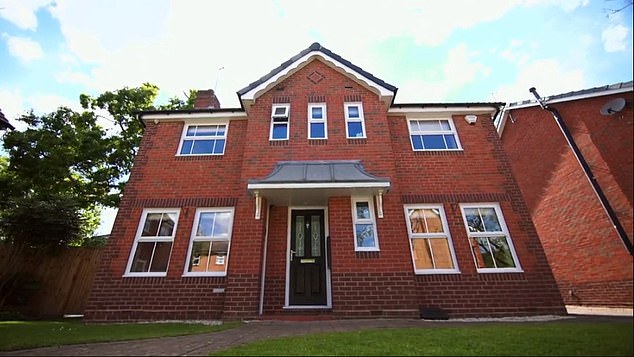 The couple both agreed on the final house (pictured) and put in an offer of £590, 000 – which was eventually accepted

Viewers weren’t left impressed with the couple#s choice, with one writing: ‘You’ve got 500k to spend and you’re putting an offer in on a tacky new build in Solihull? YOU DON’T DESERVE THAT AMOUNT OF MONEY’