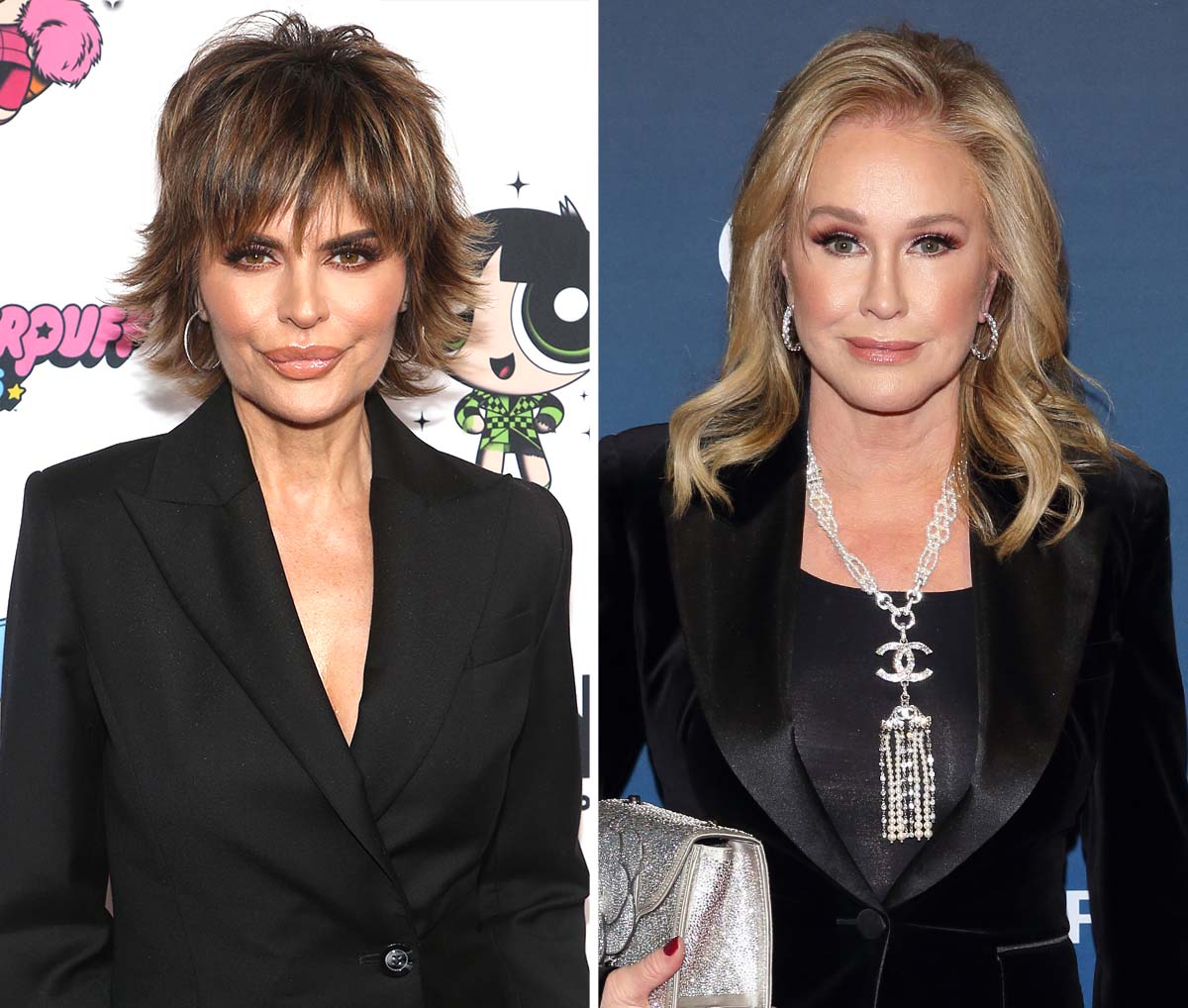 A devious plan? Lisa Rinna claimed that her Real Housewives of Beverly Hills costar Kathy Hilton paid a marketing manager to start an online feud between them.

Biggest ‘Real Housewives’ Feuds Ever — And Where the Relationships Stand Today

The Rinna Beauty founder, 58, posted screenshots of a direct message conversation that allegedly took place between Bravo fan account Your Moms Are Watching and marketing expert Patrick Somers, in which he implied that the heiress, 63, hired him to plant negative stories about her rival. (Rinna has since deleted the posts.) “I have tea. I just DMed with Patrick Somers, that kid that sent Rinna a text last weekend threatening her,” Your Moms Are Watching wrote via Instagram on Thursday, June 2. “Rinna then posted the text and the kid posted Rinna’s number and it became a big thing. Well, he just admitted to me KATHY HILTON PAID HIM TO DO THIS.”

The account continued, alleging: “Turns out he made everything up just to divert focus from the fact that Lisa was calling out Kathy for the slurs she made in Aspen.”

In March, reports surfaced that Hilton allegedly used a homophobic slur when speaking about Sutton Stracke‘s assistant, Josh, during the group’s dramatic trip to Aspen, Colorado, which was filmed for season 12 of the reality show. The designer, 50, subsequently denied the claims via social media after a fan asked, “Did Kathy Hilton really use a slur when talking about your assistant?” Stracke replied, “No.”

Mention It All! Real Housewives’ Legal Troubles Through the Years

She followed that up by sharing a selfie with Josh and Hilton, revealing that her longtime assistant had gotten a promotion. “He executes everything we do around here with grace and style, and we have fun while doing it!” Stracke wrote via Instagram on March 30, adding, “And @kathyhilton has been nothing but kind and respectful to him.”

While Somers did not state whether he was hired to distract from the alleged incident in his DMs with Your Moms Are Watching, he did confirm that he was asked to “pull attention away from my client. I did that.” The strategist reiterated the terms of his alleged agreement with Hilton in a since-deleted Instagram post on Thursday.

“My latest assignment was executed against Lisa Rinna. I never reveal a clients [sic] personal information per my NDA agreement,” he wrote. “My latest marketing campaign was to draw attention away from my client … That’s exactly what I did. All narratives associated with my latest campaign are false. I was compensated $27,527.72 for my work.” Somers also claimed that all of the negative stories about the former soap star were “planted” and that she was not involved in any lawsuits or new reality shows. “And frankly I’ve never met Lisa Rinna,” he concluded.

Neither Hilton nor Rinna have publicly commented on the scandal.

The cast’s trip to Aspen previously made headlines in January, when fans noticed that Hilton had asked her husband, Rick Hilton, to “get [me] out of here” in the comments of one of his Instagram posts. “I lost my phone, which I do,” the Bravo personality explained to E! News one month later. “I was kind of left in the house by myself at one point and [I thought] it was about 3 o’clock in the morning. Now, my husband puts his phone in his office, and I know at about midnight he’s on his iPad, and he’ll be scrolling through.”

While there were some “squabbles” between her and the other Housewives during the trip, Hilton explained that her dramatic message was just an attempt to catch Rick’s attention. “I knew I’d catch him by saying, ‘Call me, get me out of here,’ because I did have my iPad, but I had 10 percent [battery] left, no charger,” the socialite continued. “And I started getting scared, hearing all of the noise. I didn’t know what cab company to call. I didn’t know what to do to get out. … I started getting scared being alone.”