“Please don’t be daunted,” the judge told jurors on the first day of the trial of Bruce Lehrmann for the sexual assault of Brittany Higgins.

“We will work our way through these issues together.” 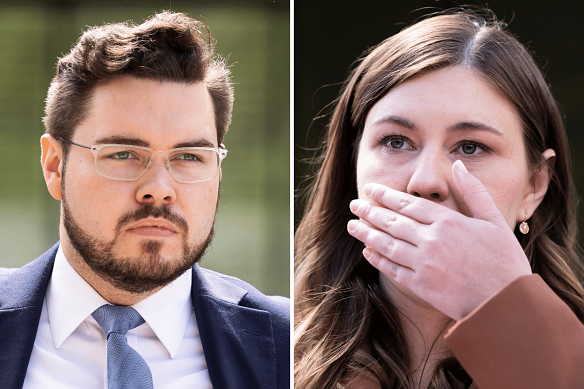 Lehrmann had pleaded not guilty to one count of sexual assault.

He walked free yesterday (under some bail conditions), and Higgins gave an impassioned speech outside the ACT courthouse, saying she had told the truth, and criticising the treatment of rape complainants in our criminal justice system.

Justice McCallum had discovered, via one of the sheriff’s officers – the officials who assist the smooth running of the court – that one of the jurors had conducted his or her own research, outside the bounds of evidence led in court.

This was something the judge had repeatedly warned the jurors against doing, particularly as the trial had such a high media profile, with journalists “hanging from the rafters” in the courtroom during hearings.

The sheriff’s officer had inadvertently discovered among one juror’s materials, a research paper about the “unhelpfulness of trying to quantify the evidence of false complaints”, Justice McCallum said.

She said the paper “could be deployed on either side of the issue in this case”.

“The overriding function I have in this trial is to ensure a fair trial,” McCallum had told the jurors just after they were impanelled.

But Thursday’s discovery made a fair trial impossible, to the evident frustration of those on all sides of the case.

“It may be that no harm has been done but it’s not a risk I can take,” the judge said on Thursday.

“In the circumstances I have discharged the juror and I have to discharge you all.”

In the ACT, jury trials are mandated in cases where a person is accused of a serious crime and the matter is being heard in the Supreme Court.

Juries are an essential part of our criminal justice system and are supposed to ensure the community has a role in the administration of justice.

McCallum herself had praised the role of the jury, and drew attention to the twin strengths of anonymity and unity that juries bring to determination of the facts.

To guard against attrition, sixteen jurors were impanelled in the Lehrmann matter, and all of them took an oath of impartiality, to give a true verdict according to the evidence.

After evidence finished, four jurors were struck out via a blind ballot, leaving 12 to decide the verdict.

They deliberated for five full days.

McCallum sent them back to try again. 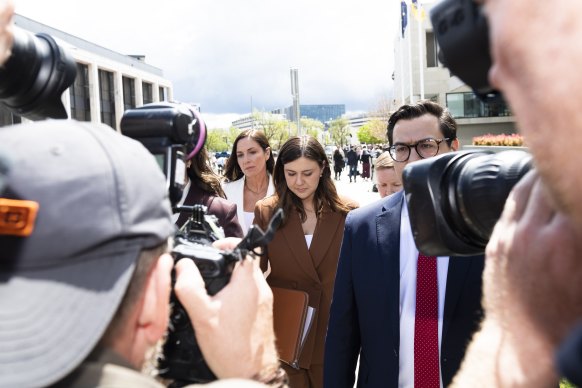 Brittany Higgins leaves the ACT Supreme Court after the rape trail of Bruce Lehrmann was aborted due to juror misconduct.Credit:Rhett Wyman

The judge had made it clear to the jurors that they were there to decide the facts, not her.

However, she told them: “You’re not investigating the matter. You don’t appoint yourself as investigators.”

“You must confine your evidence to the evidence brought forward in the courtroom,” she expressly said.

“If you’re learning something about this trial and I’m not there, you shouldn’t be doing it.”

The trial had an enormously high media profile.

It was based on an allegation first aired in the media; an allegation which shocked the nation, embarrassed a government and arguably, had a role in bringing down that government.

As McCallum told jurors: “I would be surprised if you hadn’t become aware of the fact that it is a trial that has attracted a large amount of media publicity.”

“It’s very important that you put it out of your mind.”

They were not to Google the case, conduct their own research, look at social media or discuss it with family and friends at home, no matter how curious their loved ones might be.

“That’s going to be a big temptation about this case…they will want to hear all about it,” McCallum told them.

It is ironic, perhaps, that for a trial that had such a huge risk of media contamination, it was a research paper in the jury room that derailed it, and the chance discovery of a court officer which brought it to this unsatisfactory end.

No decision has been made on a retrial, but if it occurs, it will be in February 2023.