Chad Staples' daily grind is an animal lover's dream. The Featherdale Wildlife Park director of life sciences and zookeeper enjoys a far better start to the day than most of us. 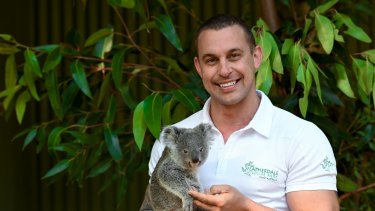 "I grab my coffee and go for a walk, immersing myself in the animal world to see if everything is okay," he says.

"Very quickly, an animal will let you know if it's not. It's the most amazing start to a day. 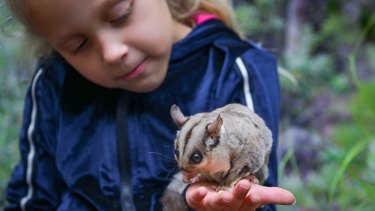 "I know these animals very well. I can't tell what's wrong by simply looking at them, but often it's enough to note something amiss so further investigation can happen."

Staples oversees the Featherdale Wildlife Park's species collection, their medical care, all areas of the park and 45 zookeepers – so his day often doesn't run to plan.

"We have more than 2000 animals here and every single one of those animals has individual requirements and it's my job to make sure they are all cared for," he says.

"Your day can change very quickly with so many different personalities and different needs." 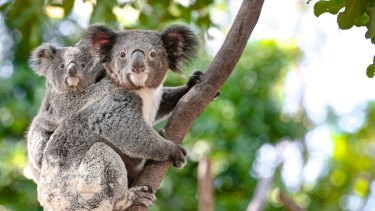 With school holidays about to begin, Featherdale Wildlife Park, which has the world's largest collection of Australian animals, is the perfect destination for kids, combining outdoor fun, learning about animal welfare and conservation while bringing them closer to Australia's unique and fascinating wildlife.

"Featherdale Wildlife Park is an interactive experience," says Staples. "Being that close to the animals, it feels like you're right there in their environment.

"Fewer children have pets at home now so the experience really develops an amazing empathy in kids.

"It teaches them to put themselves in the position of the animal and to see the world through their eyes. I think it has a positive effect on the child who is just developing. It's pretty amazing to watch."

Animal welfare, he says, is in Featherdale Wildlife Park's psyche.

"We always put the animal first and we've been doing that for 50 years," he says. "Whether that is enclosure design, diet choice or interaction, we put the animal first. "It is a far more positive experience for everyone and it's very evident we don't toss that around lightly. Our animals always come first."

Staples wants people to fall in love with Australian animals as the next step in developing a desire to protect animals.

"Introducing people to our amazing residents brings a connection that hopefully inspires them to make the most minor of changes in their day-to-day lives which can have a long-lasting effect," he says.

"We champion Australian animals because no one else will do that. Not only do we keep more endangered Australian species than anyone else, but they're in active breeding programs."

Passionate about helping to turn around the trajectory of threatened species in Australia, Featherdale Wildlife Park's team works tirelessly for iconic animals, playing a vital role in many conservation efforts throughout the country, he says.

The park provides access to universities and other zoological institutions to study key species and makes a valuable contribution to many challenges facing our wildlife.

"We're very pro-Australian fauna because [some of] these are animals that should still be in our back yards. The only reason they're not is that we've made it too hard for them."

He's been working at Featherdale Wildlife Park for 22 years and says conservation is in his blood.

"Our animal residents are more like family to me. I have known many of them for generations," he says.

"There are species here that, when I started, I was working with their grandparents! It really does take on so much meaning for me and it's a part of who I am."

Conservation can mean different things to different people, he says. "Conservation isn't just about releasing an animal back into the wild. Unfortunately those occurrences are rare because quite often the reason an animal is endangered is because there is no habitat. No place for an animal to go back to.

"Often, conservation is ensuring we have the best breeding practices and genetic stud books going so when that day comes, when we can release them back into the wild, we are ready to go at the drop of a hat.

"When visitors walk in to Featherdale, we educate them about these animals and how there should have been this variety everywhere in Australia. The reason there is not is because of decisions that have been made [by previous generations]."

If there are aspiring zookeepers in your family, Staples cannot recommend Featherdale's Zookeeper for a Day program highly enough. Returning for the school holidays, the six-hour experience for those aged 8-13 is a hands-on adventure where kids are accompanied by zookeepers and an education officer for a range of activities, making friends with a variety of animals, learning about specific diets, as well as Featherdale's enrichment programs and projects that the zoo is involved with across key species.

"I wish this program was around when I was a kid!" says Staples. "For kids with a passion for animals, Zookeeper for a Day is an amazing behind-the-scenes experience. They get to do some pretty cool keeper jobs during their time here.

"It's pretty hands on. I mean, believe me, the kids leave here exhausted in a good way, because they've done a lot in a day."

If children are lucky, they might get to meet Staples' pride and joy – koala joey Bungarribee.

"Bungarribee is the name of this region of Western Sydney and it means 'creek with cockatoos'," he says. The joey turns one on October 30 and is affectionately known as Gabby.

Although Staples has hand-raised many babies during his career, Bungarribee has been well cared for by her mum, Scout.

"We keep all our koala mums and joeys together in their own enclosure where they are all well-monitored and free from any other stresses."

Featherdale Wildlife Park has been involved in diverse animal release programs. Bungarribee will be an ambassador and "conversation starter" for a koala release program, he says.

"Wouldn't it be amazing if we could release Bungarribee back into the region where Featherdale sits? Featherdale can't do an animal release on its own. We partner with government because they control the making of habitats.

"We've got amazing green spaces within Western Sydney, but green space is still quite a few steps away from habitat."