Kia also considers the stand-up shows and events she hosts at My Sister’s Room, the Southeast’s oldest lesbian bar, a form of advocacy. She started out performing stand-up, then added on after parties, daytime shows, and all kinds of other events when the bar owners saw Kia could bring in a big crowd. No matter the occasion, Kia makes all of her shows a safe space for everyone. “A lot of my advocacy is genuinely just spreading awareness and merging communities and helping people understand that we’re so much more alike than we are different,” she said. “I do events where 95 percent of the talent is queer, but there are families in the crowd and it’s just a loving environment.” She has even invited political candidates to come to My Sister’s Room to make sure the LGBTQ+ community has a chance to meet them.

Kia also frequently works with Atlanta Pride, Georgia Equality, and the Human Rights Campaign to make sure the entire LGBTQ+ community is well represented — especially people of color. Instead of only campaigning in predominantly white, wealthy neighborhoods, Kia encouraged them to make a concerted effort to reach out to BIPOC residents in other neighborhoods. “You can’t say you’re for everybody and then your entire staff looks the same and dresses the same and comes from the same walk of life,” Kia explained. 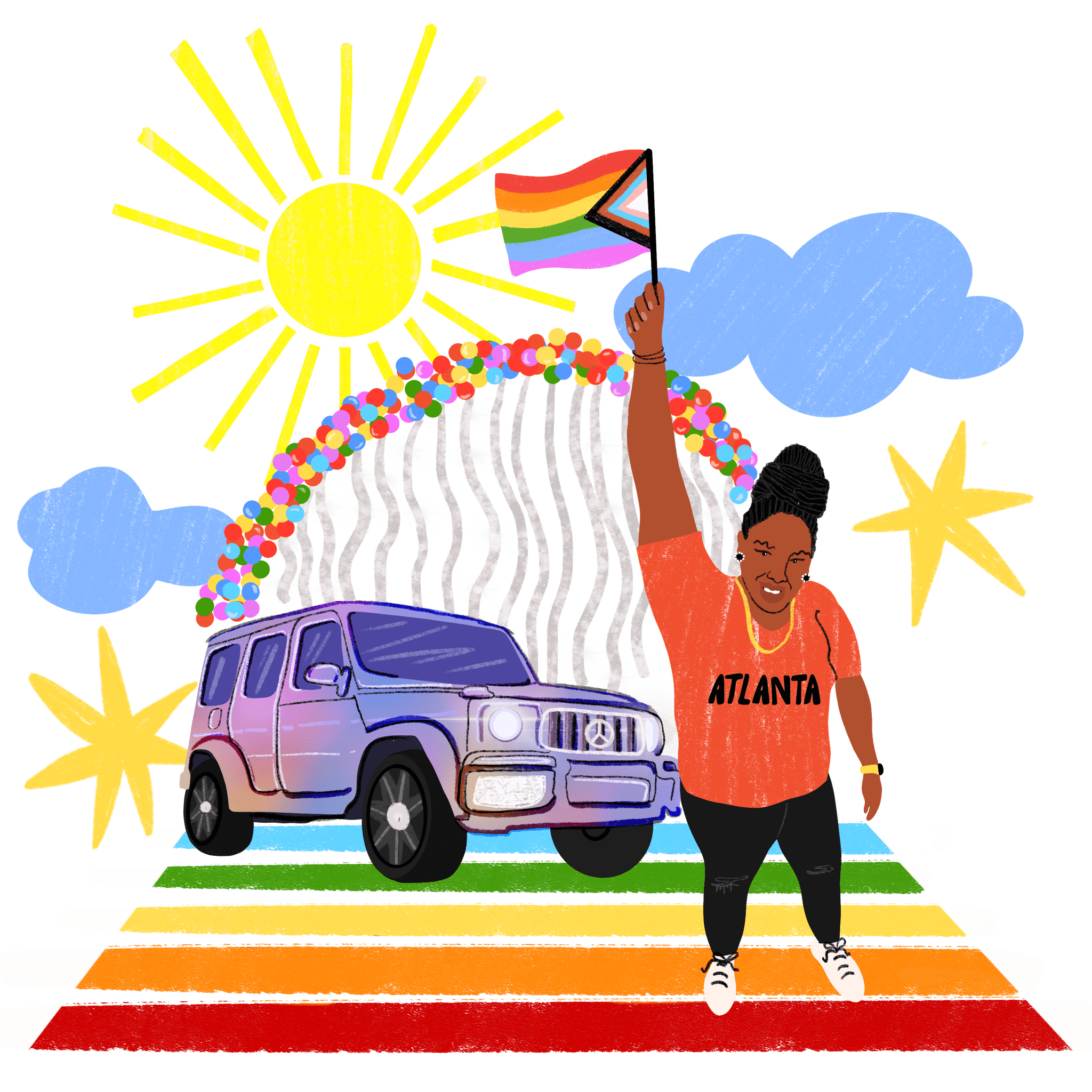 On the flip side, Kia also made sure she was telling her community they had to put in some effort, too. Instead of waiting to be personally invited, she encouraged them to just show up to the monthly meetings, Pride parades, or community gatherings. “Make it your business to be there and demand that your voice be heard,” Kia said. “What about us? We’re here. We’re queer. Can we get a chance, please?”

Another way Kia expresses herself is through her style. When she’s wearing a killer hat, fitted suit, and sharp bow tie, she feels like a million bucks — but her masculine-presenting look isn’t always celebrated in mainstream culture. That’s why Kia created the Andro Fashion Show highlighting androgynous, masculine-presenting, and trans models wearing LGBTQ+ designers. Once again, it comes back to representation. 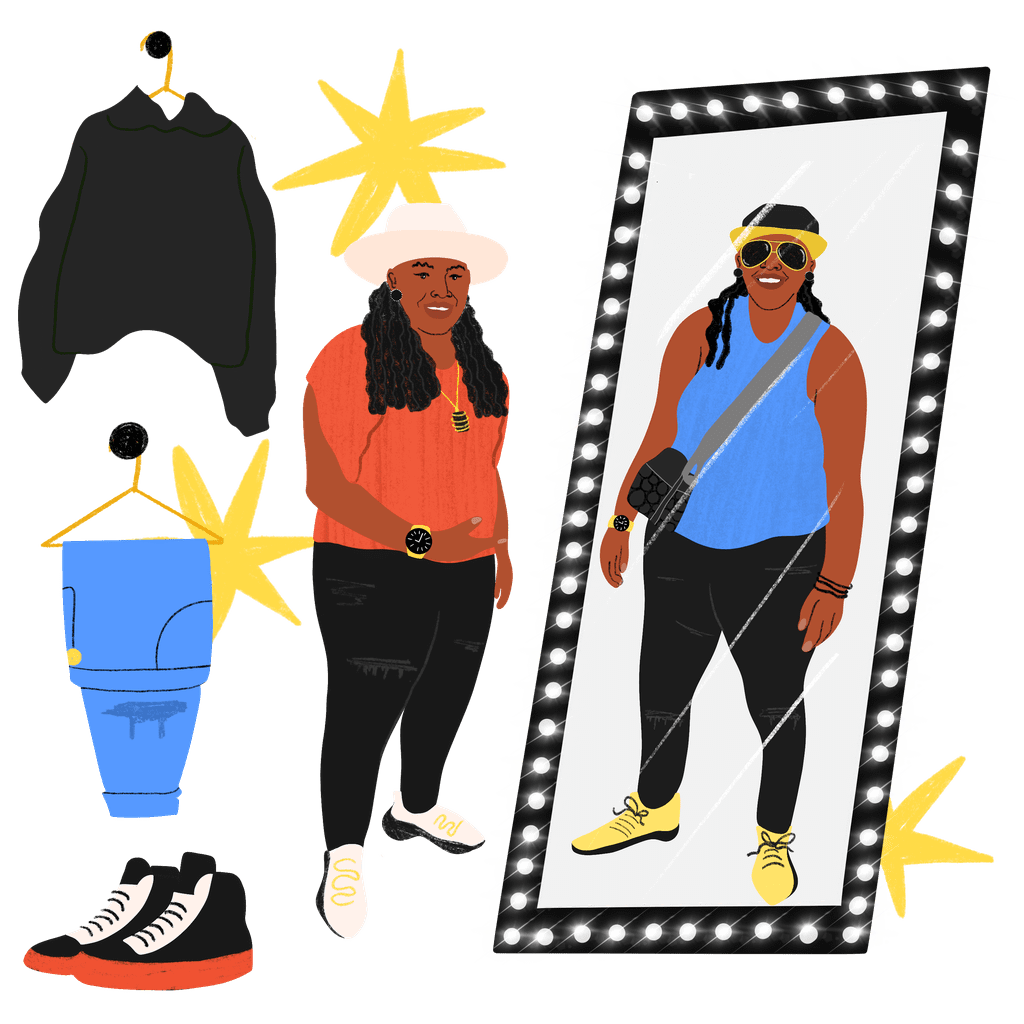 Kia said masculine-presenting queer people are often overlooked, but she wants to shine a spotlight on their experience. “We’re just as worthy,” she said. “A lot of times we’re the ones doing the work, but we don’t get our time to shine, we don’t get our time to feel beautiful, even. So it’s about saying we’re just as valuable as everyone else, really.” Kia also started using the hashtag #HotStudSummer on social media to celebrate the same idea: that masculine-presenting queer people are just as sexy as femme-presenting people.

As much as she has already achieved, Kia said she’s just getting started — and we all have work to do. “I bypassed my dreams a long time ago and I chose to keep going and keep going and doing more,” she said. Kia said we can all take small steps to being more inclusive in our everyday lives. “Start with something that’s as basic as acknowledging and asking for pronouns,” she said — and if you make a mistake, accept constructive criticism or feedback with grace. “You don’t have to wave a rainbow flag, but don’t be insulting and close-minded,” Kia said. “Be open to extending that olive branch and be open to being corrected.”

By fostering a welcoming environment at her shows, Kia hopes to make sure the LGBTQ+ nightlife scene is fully inclusive and representative of all Atlantans. “Everyone is represented — the whole alphabet soup of our community and all genders and ethnicities. I try to represent everybody and be very intentional in making people feel welcome,” she said. “I literally try to greet people at the door, and if I don’t kiss them when they’re coming in, I’m going to be at the door at the end of the night telling them, ‘Thank you for coming.’ When I see somebody by themselves, I’m going to introduce them to other people.”

Kia knows firsthand just how important it is to really feel like you belong — it’s something she never had growing up in a strict religious household. She remembers attending Atlanta Pride for the first time in college and realizing she could finally be herself. “I feel so fortunate not only to have escaped that, but to be able to be who and what I needed,” she said, and now she hopes to be a refuge for other LGBTQ+ people who had a similar experience. “They’ve had their families turn their backs on them, their churches, everybody that taught them how to love all of a sudden doesn’t love them when they find out this one thing about them,” she said. “I see my parties, my events, my shows as fellowship, almost.”