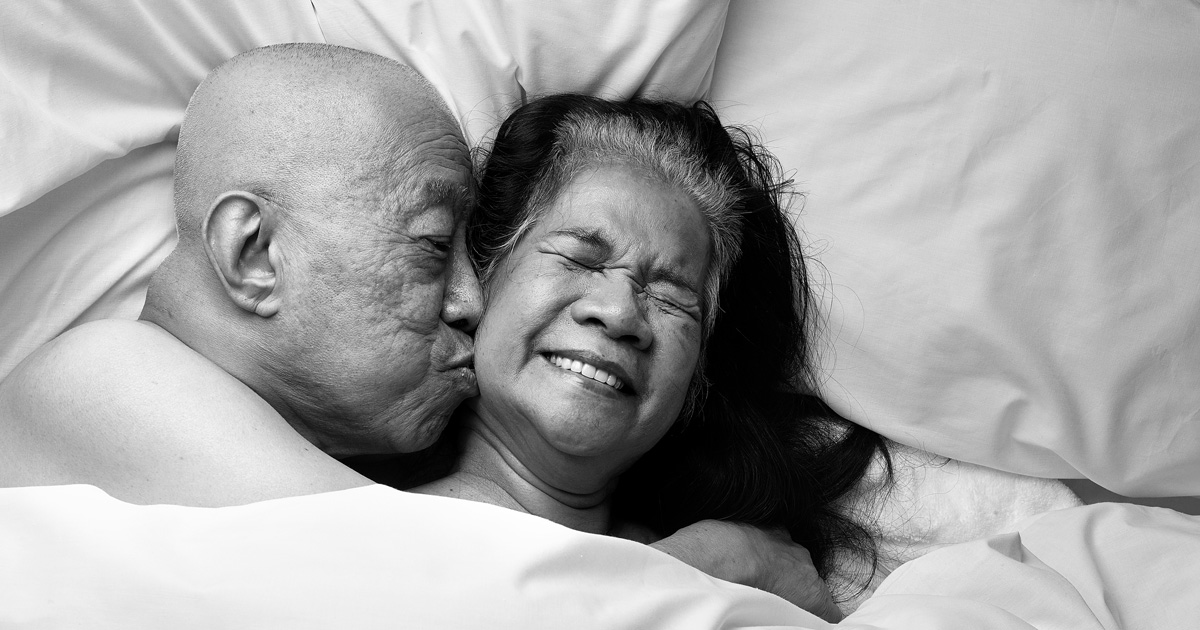 Depictions of sex and intimacy tend to focus on a certain kind of body: slim, young, white – you get the picture.

It’s important that we shake things up and show that sex can be a wonderful thing for all consenting adults; and that this is worth celebrating.

Now, it’s time to put the spotlight on ageism.

Renowned photographer Rankin has teamed up with relationships charity Relate to create a campaign called Let’s Talk The Joy Of Later Life Sex.

As the name gives away, this is a series of photos rejoicing at sex at an older age than we’re so used to discussing.

Rankin photographed five older couples and one woman in their most intimate moments, to create photographs that will be shared far and wide from this week onwards. 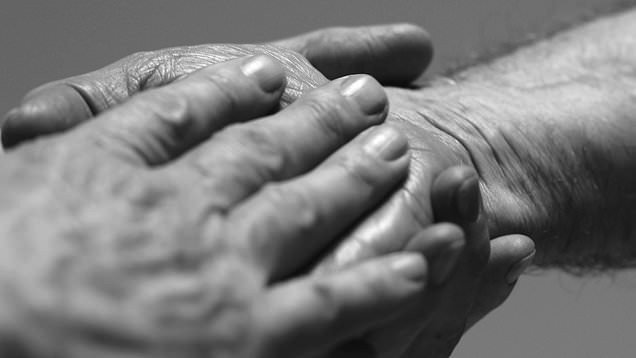 Why is that important? Because it’s so, so rare that we acknowledge that sex isn’t just for young people.

According to a poll undertaken by 3Gem market research, two-thirds of over 65s (67%) say sex and intimacy for their age group is rarely (43%) or never (24%) represented in media.

This can cause silence around sex in older age, which in turn means that those struggling with intimacy issues might feel unable to ask for support.

That same poll found that 60% of people aged over 65 aren’t comfortable talking openly to anyone about sex and intimacy, citing embarrassment as the top reason.

Breaking the taboo could mean breaking the silence – which could lead to less shame and better sex for all.

Included in the campaign are Andrew and Mark, who have been together for 31 years, Chrissie, who has had a double mastectomy, and Daphne and Arthur, who still hold hands when they walk.

The aim of the photographs is to empower us all to think and talk openly about sex as we age.

Relate Sex Therapist, Gail Thorne, said: ‘It may seem as though it’s only young people with “perfect” bodies having sex and being intimate but of course this isn’t true!

‘In reality, “sex and intimacy in later life” means different things to different people: for some it’s about exploring new and different sexual experiences, and for others it’s simply about feeling able to express emotion through a gentle touch or kiss on the cheek.

‘What we’re trying to do today is open up a society-wide conversation about the fact that sex and intimacy – whatever that might mean – can be as important for older people as it is for anyone else.

‘We see every day in our Sex Therapy services how not feeling able to talk openly about needs and desires can lead to a lack of fulfilment and be damaging for individuals’ self-confidence and couples’ relationships.

‘This is what we want to change.’