Joey King gave an honest look at what it was like filming The Kissing Booth movies with her ex and co-star Jacob Elordi in a new cover story for Cosmopolitan. 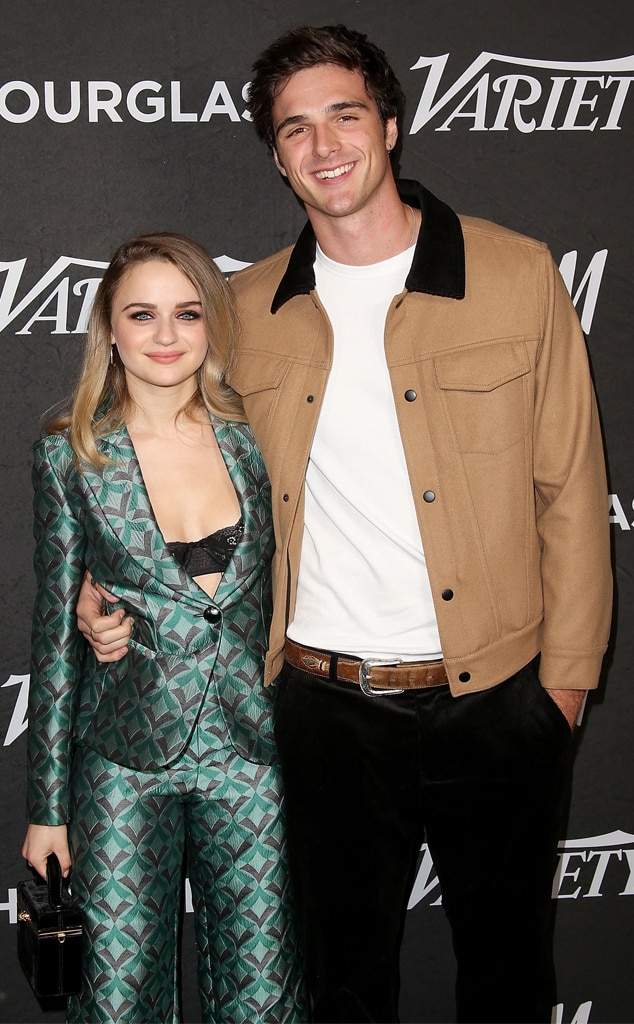 Joey King is revealing what it's really like to work with her ex Jacob Elordi on The Kissing Booth movies.

The 21-year-old actress spilled the tea in a cover story for Cosmopolitan's September issue.

As fans are well aware, King and Elordi met in 2017 while working on the first Kissing Booth film, which follows the romance of their characters Elle Evans and Noah Flynn. The two quickly formed a connection off-screen and began dating. But by the end of 2018, fans started to wonder if the co-stars had split. Then, in 2019, The Kissing Booth's sequel was announced, and King and Elordi found themselves working together again.

"No one's thinking to themselves, That was easy, because it wasn't," King said when asked about acting with someone who might now make her feel more guarded. "I'm sure people will analyze every movement and every detail. And you know what? Let them. But at the end of the day, I was just thrilled to be Elle Evans again."

The Emmy-nominated star then elaborated, noting "there's so much" that she wanted to say.

"What's the most, um, correct way to go about this?" King said. "Elle Evans needs her Noah Flynn, and whatever that means for my personal life, I'll do anything to make sure the story of my character who I care about so much is complete."

However, it looks like both stars have moved on. Earlier this year, King generated romance rumors with Steven Piet, who executive produced her series The Act. She also called him her "sweet boyfriend" in a piece for InStyle. As for Elordi, he's sparked speculation with Zendaya. They're also both busy with work. For instance, King is reportedly working on a new project with Margot Robbie and Kaitlyn Dever. Elordi is also set to appear in the movie 2 Hearts.

Still, this won't be the last time fans see King and Elordi together on their screens. Just days after The Kissing Booth 2 hit Netflix, the cast announced they finished filming a third movie. That's right! The Kissing Booth 3 is set to debut in 2021.

Fans can read King's full interview by checking out the September issue of Cosmopolitan.