Who is in the car? JoAnna Garcia Swisher finally knows the answer to Sweet Magnolias’ big cliffhanger ahead of season 2, and fans will not have to wait long to find out either.

Viewers will learn the identity of the passenger involved in the season 1 finale car accident as soon as season 2 begins, the actress, 42, exclusively told Us Weekly on Wednesday, November 17, while discussing her and husband Nick Swisher‘s partnership with McAlister’s Deli. 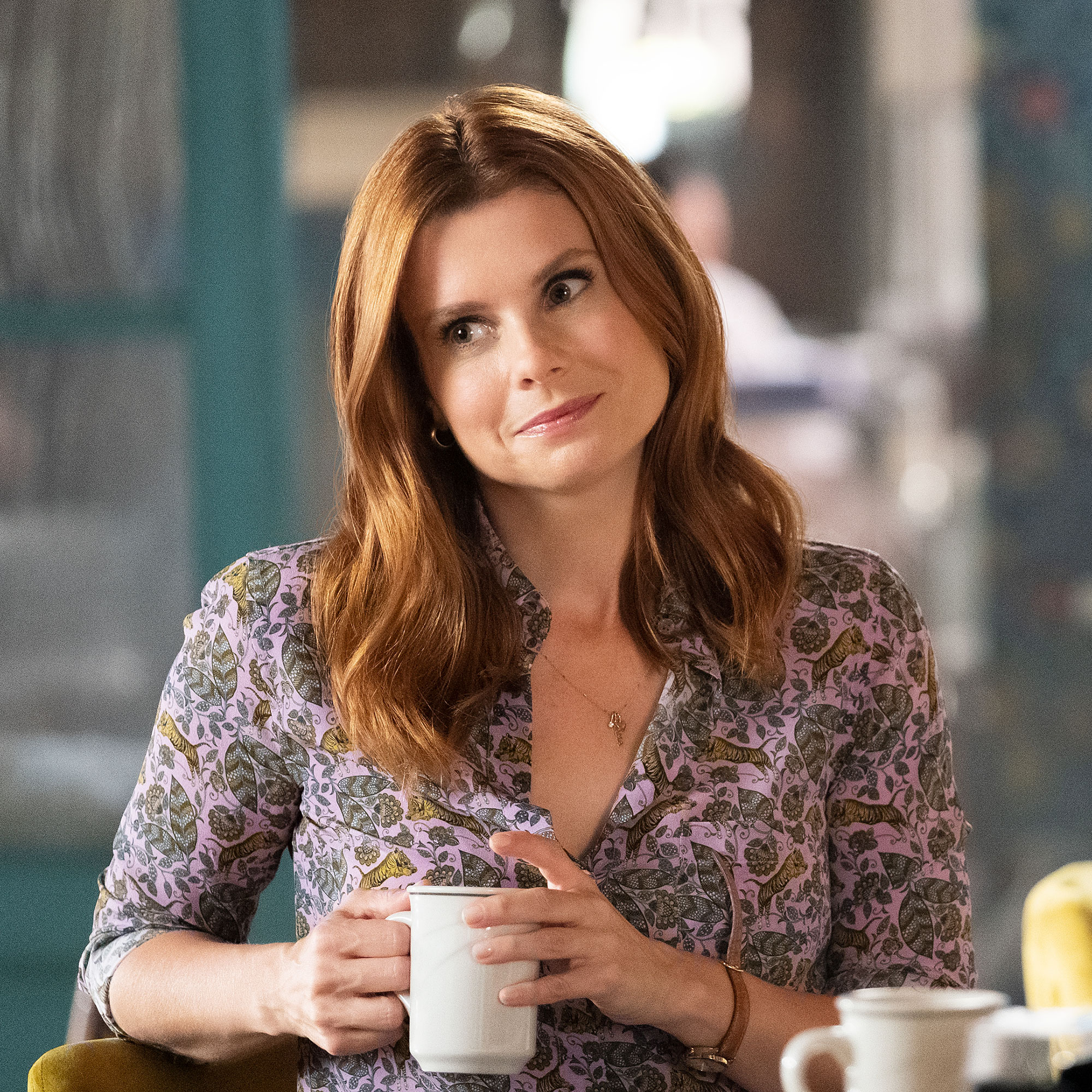 Season 1 ended with a car accident as JoAnna’s character Maddie’s son Kyle (Logan Allen) was pulled from the vehicle, unconscious and on a stretcher. Paramedics informed her that there was a passenger in the crash as well, though they were unable to immediately identify the person. Maddie feared that her other son, Ty (Carson Rowland), was injured, while her best friend Dana Sue (Brooke Elliott) worried that her daughter, Annie (Anneliese Judge), was the victim.

From Page to Screen! TV Shows Based on Best-Selling Books

For his part, Nick, 40, prefers that the Reba alum not give him too many details about the episodes before they air so that he can tune in like everyone else. “I know a little bit,” he revealed of season 2. “I don’t want her to tell me a lot. ‘Cause I like the roller-coaster ride, just like you, right, or just like fans in general.”

The former baseball player is proud of JoAnna’s role on the show too. “The fans feel like, ‘It’s our show,’” he noted. “You feel like you can relate to somebody on that show, and just to see the overall success that it’s had, it’s been so cool because everybody’s so amazing and they care for one another and they’ve got such great culture over there on that show. And at the end of the day, you know how hard it is to get something on television, let alone to get season two. So the fact that we’re in this spot right now, we could not be more blessed for the opportunity.” 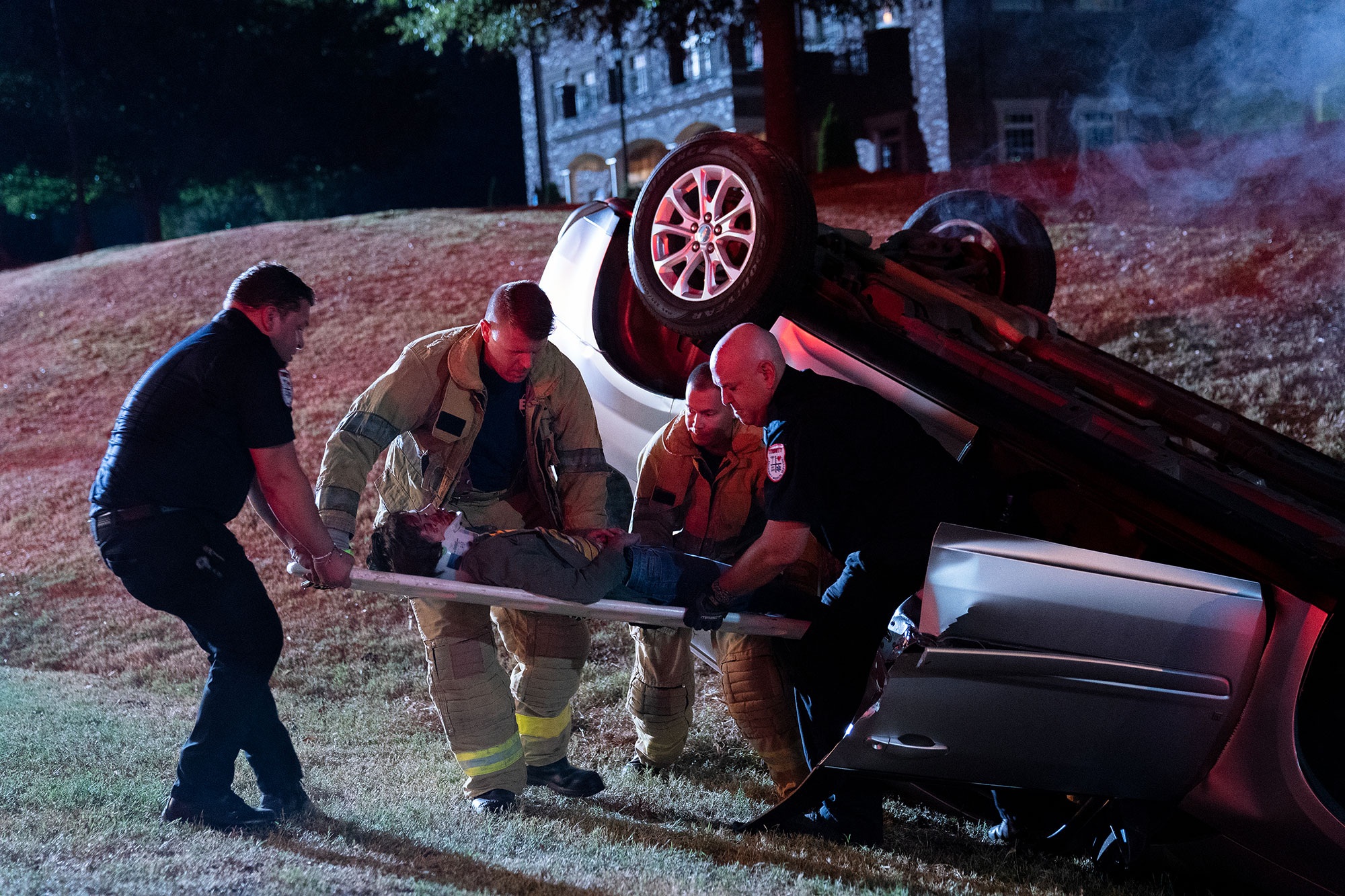 The Gossip Girl alum’s character, Maddie, found love during season 1 with high school baseball coach Cal (Justin Bruening), but Nick does not get jealous watching his wife connect with her costar on set.

“When you actually see it in person, it’s not as sexy as you really think. I definitely bow up on some guys, for sure — let them know,” the athlete joked. “No, I think that’s the one thing is that if you have someone in your life that makes you feel part of it as well, that stuff never creeps in there. It’s never, like, a thought because I feel like I’m part of the show too. I know Justin, her costar, just as well as she does. So I think we’ve done — or Jo’s done — such a good job of bringing me into this world and making me feel comfortable with it all because listen, if you’re a little insecure coming into this world, it can get you, for sure. And being able to have someone like this in my life, she makes it like it’s no big deal. So I guess I never ever really thought of it in any other way.”

It’s About Time! TV Couples We Need to See Together in 2021

As the couple await season 2 of Sweet Magnolias on Netflix, they have teamed up with McAlister’s Deli to ease hosting concerns for the holiday season. Anyone can call in to the McAlister’s Deli Holiday Hosting Hotline for advice — and perhaps, a chat with the Swishers — on Wednesday, November 24, from 4:30 to 6:30 p.m. ET.

“One of the reasons we were so excited to partner with McAlister’s Deli on this Holiday Hosting Hotline was because — I mean, maybe it’s just that I’m not a perfectionist, he’s more [of a] perfectionist, but I’m like, ‘We don’t have to be perfect. We can just enjoy it. It doesn’t have to be perfect,’” JoAnna told Us. “The expectations are really lowered. The only thing I expect is that everybody eats my grandmother’s stuffing, so I have some non-negotiables, but I think [we’re] really just trying to take as much off your plate, ask for help and lower everyone’s expectations. Just really try to spend time together. That is probably my biggest [goal]. I keep that at the forefront.”