He really is “very hittable.”

“First time I ever met Pete Davidson they asked me to get in a full mount,” Mayo told Page Six at Michael Rubin’s Fanatics Super Bowl party in Los Angeles on Saturday. 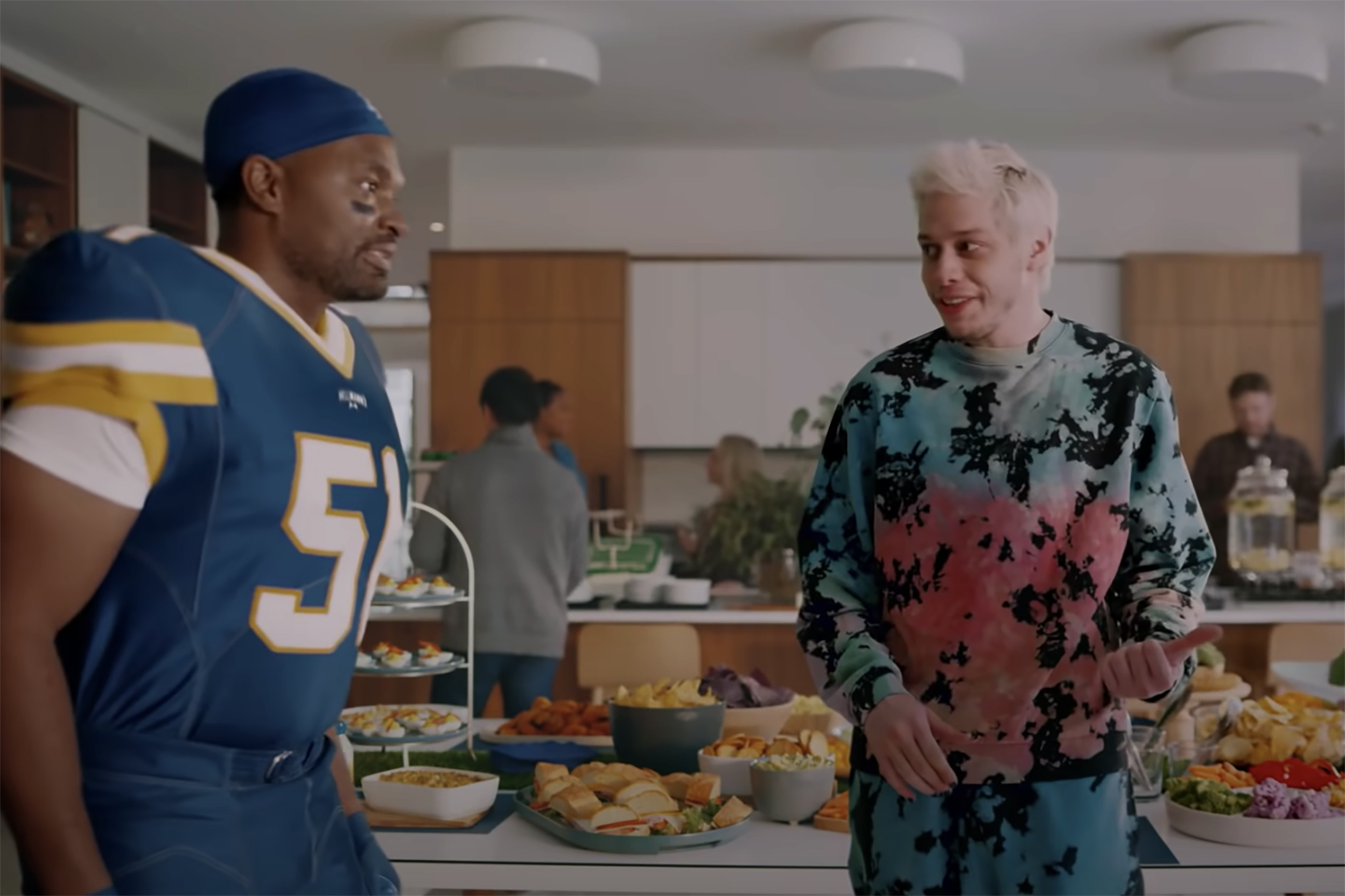 Mayo then told us the “SNL” star — who recently called Kim Kardashian his “girlfriend” for the first time — got sick on set after eating the prop food for the ad.

“They had this food behind us and they sprayed it with this stuff to make it look shiny for the commercial and Pete was hungry and just put his hand in the macaroni and just starts eating it right there,” Mayo explained, “and 10 minutes later his stomach was killing him.” 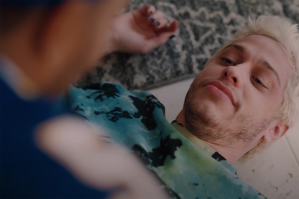 The ad, which “tackles food waste,” aired ahead of the Super Bowl and showed Davidson admitting he’s “very hittable,” which many thought was poking fun at Kardashian’s estranged husband Kanye West threatening to beat his ass in a song that came out last month.