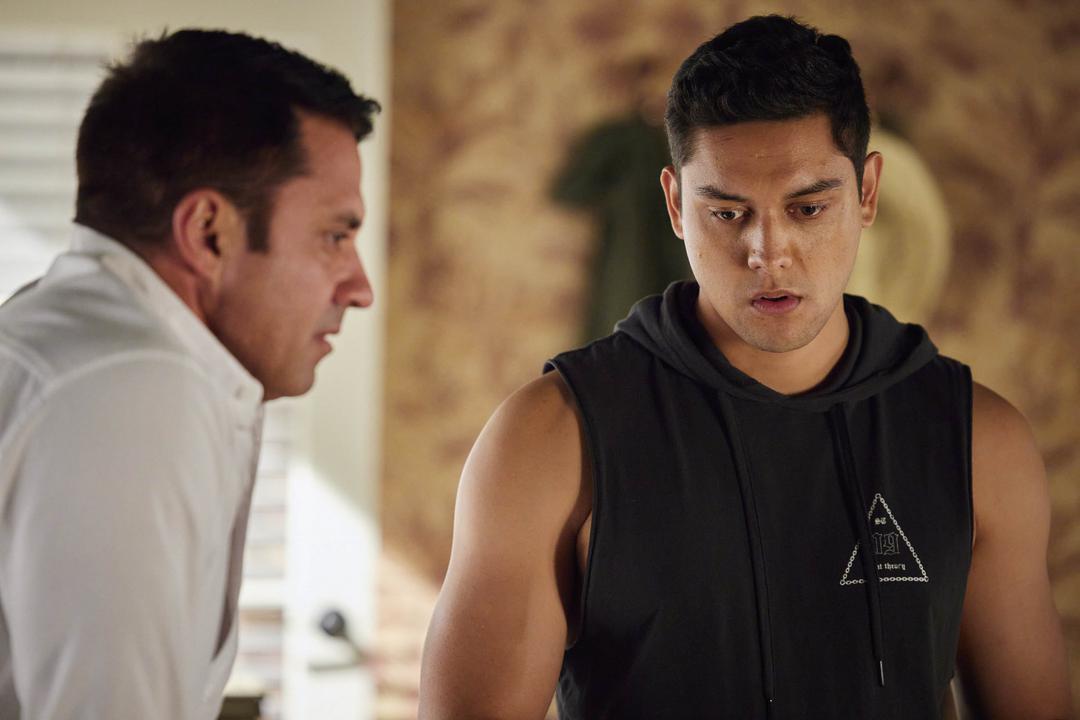 Nikau (Kawakawa Fox-Reo) has been working hard to get his bronze medallion and qualify as a lifeguard, so when his first day patrolling the beach comes up he’s full of nerves. However, he’s also excited – but that is quickly quashed when he heads into the Surf Club and is handed a list of chores to do instead, as John (Shane Withington) is overwhelmed with various issues.

Later, John asks him to wash the Polaris and give it a thorough servicing, and a grumbling Nikau gets on with the job. Theo (Matt Evans) soon walks by, and asks if he’d be interested in a partnership with him making prank videos. Nikau declines and gets on with his work, but Theo sees an opportunity and suddenly turns to the beach, yelling that it looks like there’s someone in trouble in the water.

Nikau jumps into action and tells Theo to get John, running towards the water – only to hear Theo laughing behind him. He turns around to see Theo jumping into the Polaris and starting up the engine before speeding away…Nikau is left wondering how on earth he can come clean to John. He heads into the Surf Club and panics with Bella (Courtney Miller) – then John asks him where the Polaris is…

Meanwhile, Theo is having the time of his life with his phone propped up recording for his latest video. As he speeds through the Bay, he talks about how he’d definitely kiss Chloe (Sam Barrett) again, saying how much of a goddess she is. He drives until suddenly the engine judders to a halt in the middle of some trees – it’s out of fuel. Unconcerned, he hops out of the vehicle and abandons it, walking away.

However, Theo soon learns that he can’t get away with stealing a vehicle and simply get on with his day. When he heads back home, he walks through the front door to be confronted with the sight of both Justin and John waiting for him.

John informs him that he could press charges if he wanted to, but instead, he’s going to think up the perfect punishment for him…