Mick Jagger: Harry Styles ‘has a superficial resemblance to my younger self’

Harry Styles and Olivia Wilde are never far apart — and they’re only just getting closer.

The singer who launched a thousand screams is on a global PR blitz for his new chart topping album, “Harry’s House,” and girlfriend Wilde has been firmly by his side.

Styles, 28, has said this album is his “most personal” yet, and allusions to mom-of-two Wilde, 38, are all over it.

“Green eyes, fried rice, I could cook an egg on you,” Styles sings on “Music for a Sushi Restaurant,” seemingly referencing the actress and director’s green eyes.

The pair have been together for more than a year and a source who knows the singer well told The Post: “This is the happiest I’ve ever seen Harry, this is the longest relationship he’s ever had.

“Everyone wants them to get married and have a baby, but it will just happen naturally.” 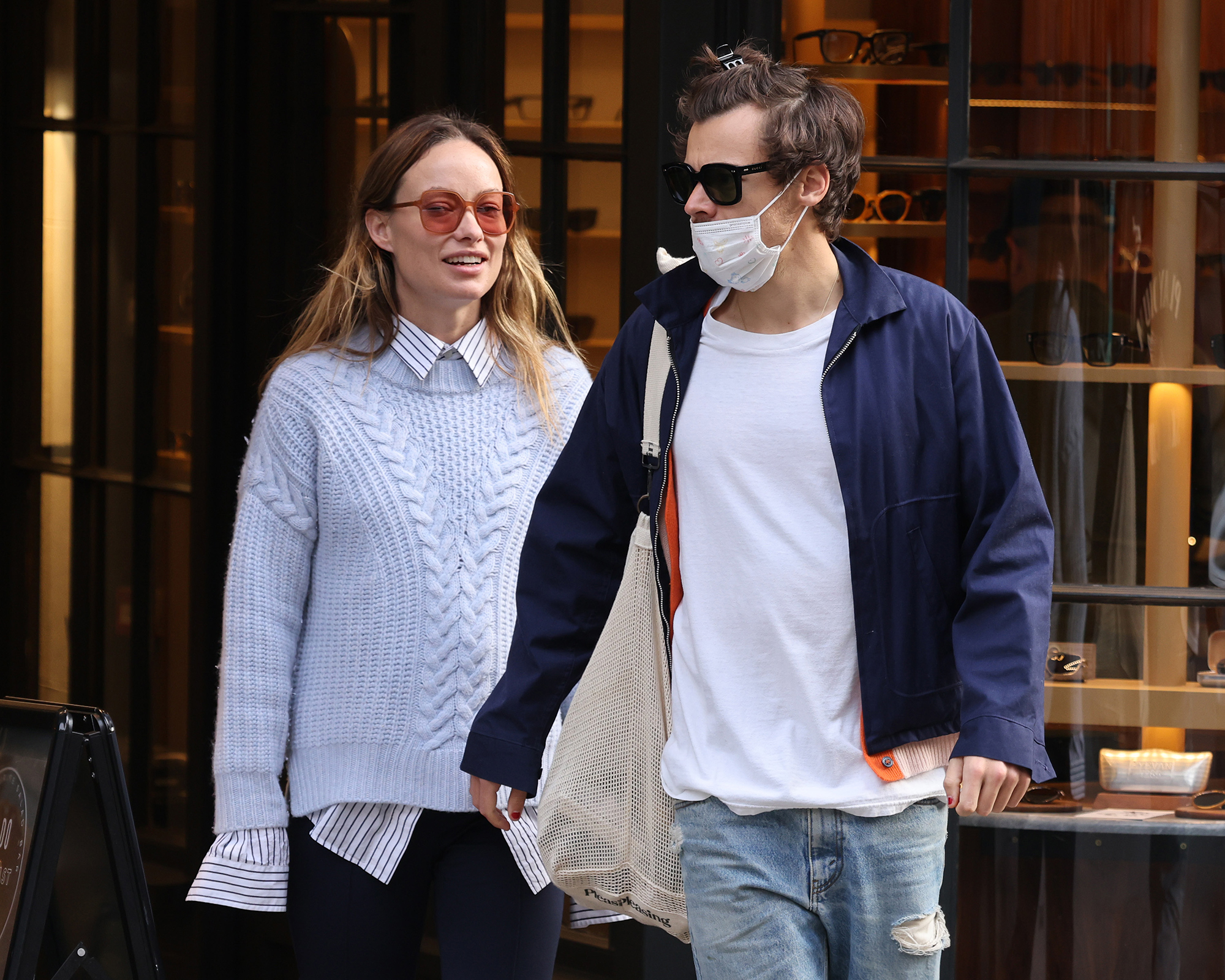 The couple met in 2020 on the set of the upcoming movie “Don’t Worry Darling,” directed by Wilde. But if not for a twist of fate, they might never have hooked up: Styles replaced Shia LaBeouf, whom Wilde fired before shooting started for violating her “zero a–hole policy,” as Variety reported.

Insiders said LaBeouf displayed “poor behavior” and his style clashed with the cast and crew, including Wilde.

In the psychological thriller, due Sept. 23, Styles and fellow Brit Florence Pugh play a young married couple. The singer and Wilde are scheduled to hit the promo trail in September. 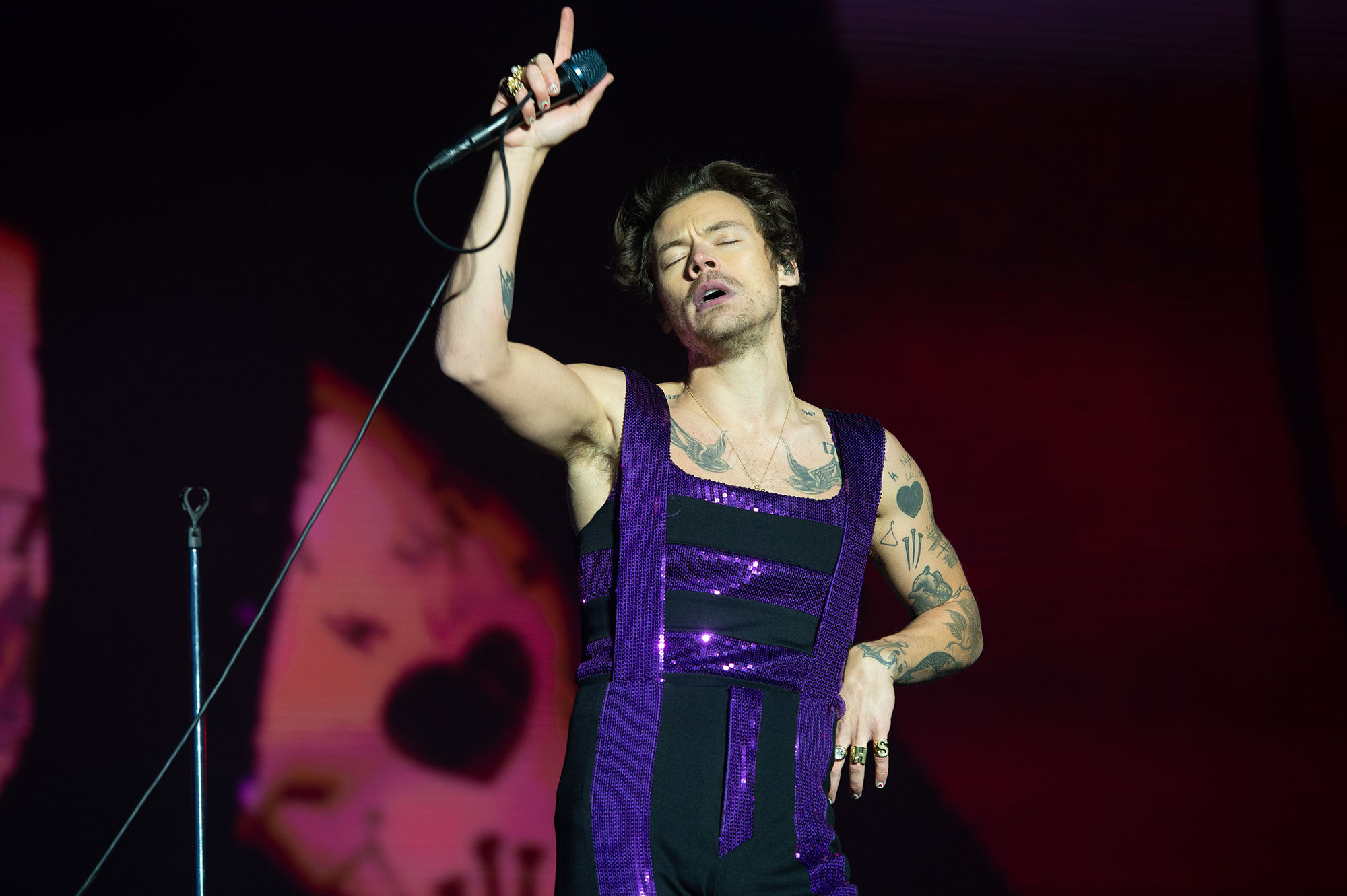 It is Styles’ second time on screen after making his debut in “Dunkirk,” in 2017. Asked about working with Wilde, he told Howard Stern last month: “I had a wonderful experience being directed by Olivia.

“Acting is kind of very uncomfortable at times. I think you have to trust a lot. It requires a lot of trust if you want to kind of give it everything, and I think being able to trust your director is a gift, so that was very helpful.”

Wilde has equally praised her boyfriend’s work ethic. Debuting the trailer for “Don’t Worry Darling” at CinemaCon in April, she called Styles’ performance “truly a revelation.” 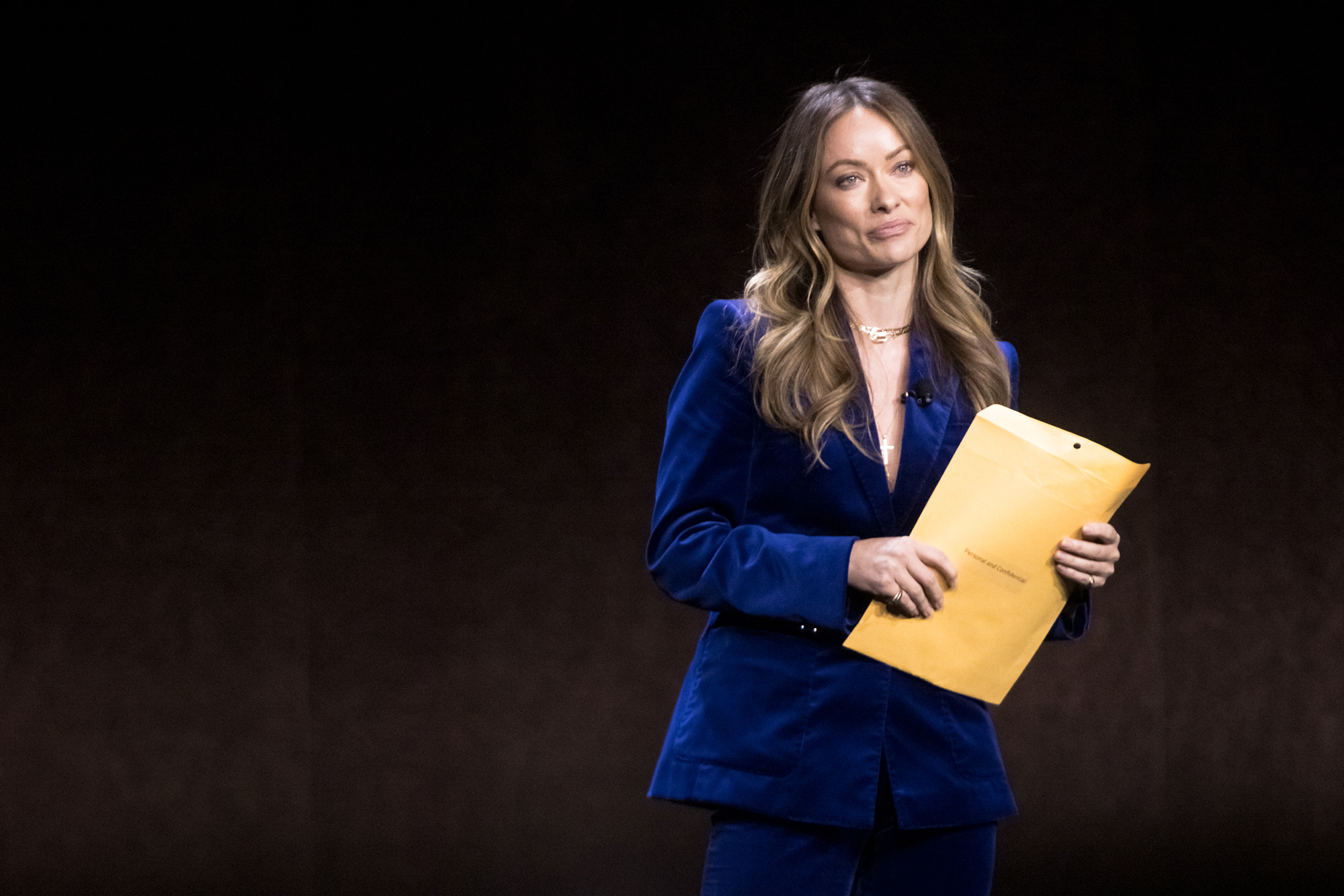 “Harry’s happy, Olivia seems happy, she’s following him around right now because of his schedule. She’s not working on any movies right now. They make it work when Harry goes to work,” said the Styles pal.

Styles is already close with Wilde’s children, Otis, 8, and Daisy, 5, from her relationship with actor Jason Sudekis. In a cute moment, the kids were seen bopping around at Styles’ San Diego concert in November with Wilde and the singer’s mom, Anne Twist.

Still, the relationship is “obviously difficult” for Sudeikis, who has had the children living with him in London while filming his award-winning Apple + hit “Ted Lasso,” according to sources who know the family. 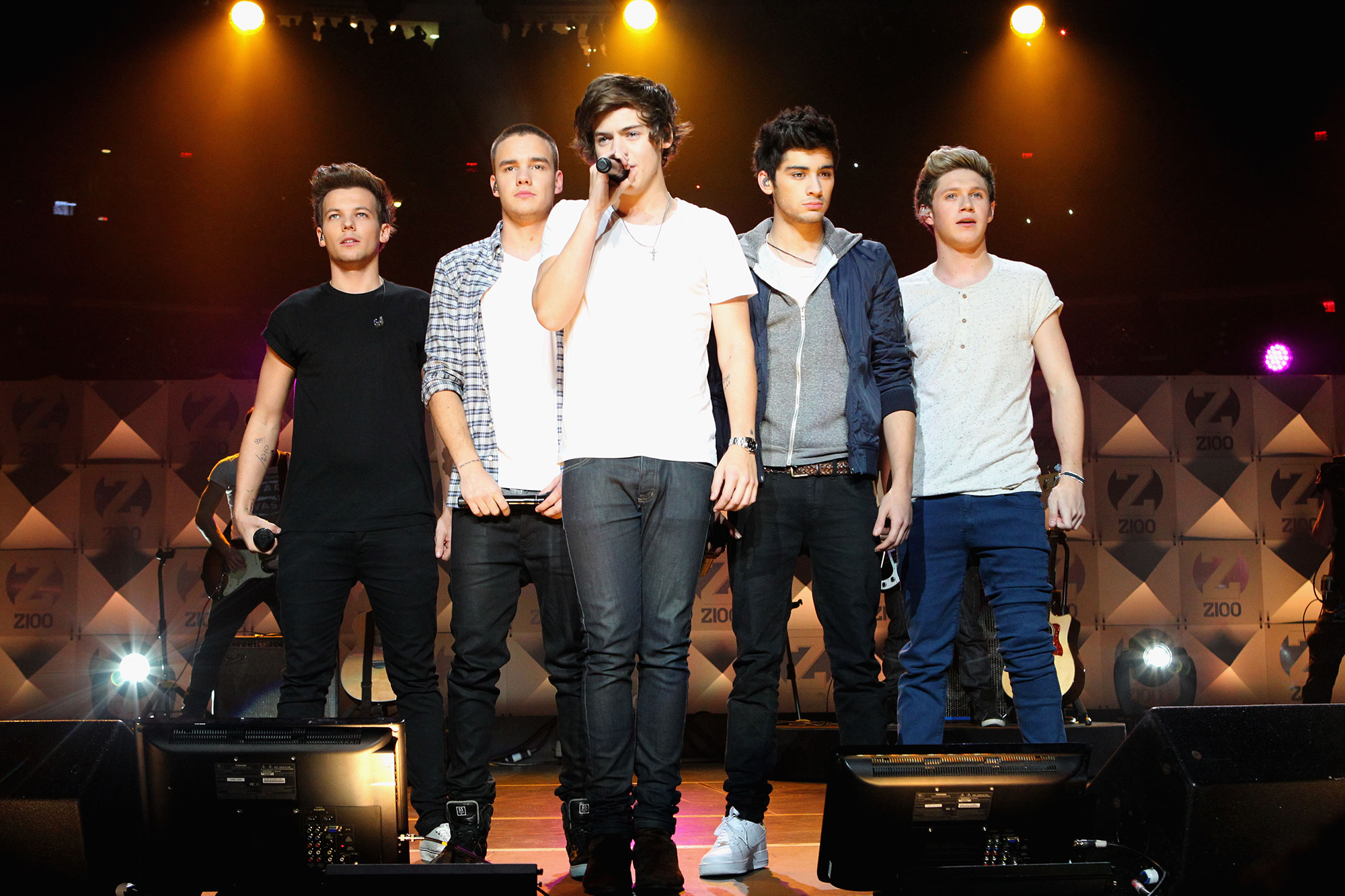 As The Post has written, there is some dispute over when Styles and Wilde actually got together, with rumors that the singer was the catalyst for her break-up with Sudeikis.

Wilde and the “Saturday Night Live” alum announced their split in November 2020 after seven years together. She and Styles made their debut as a couple in January 2021 at his manager Jeffrey Azoff’s wedding.

But an insider told The Post that Wilde’s relationship with Styles had actually been going on as far back as October 2020, leaving Sudeikis distraught. 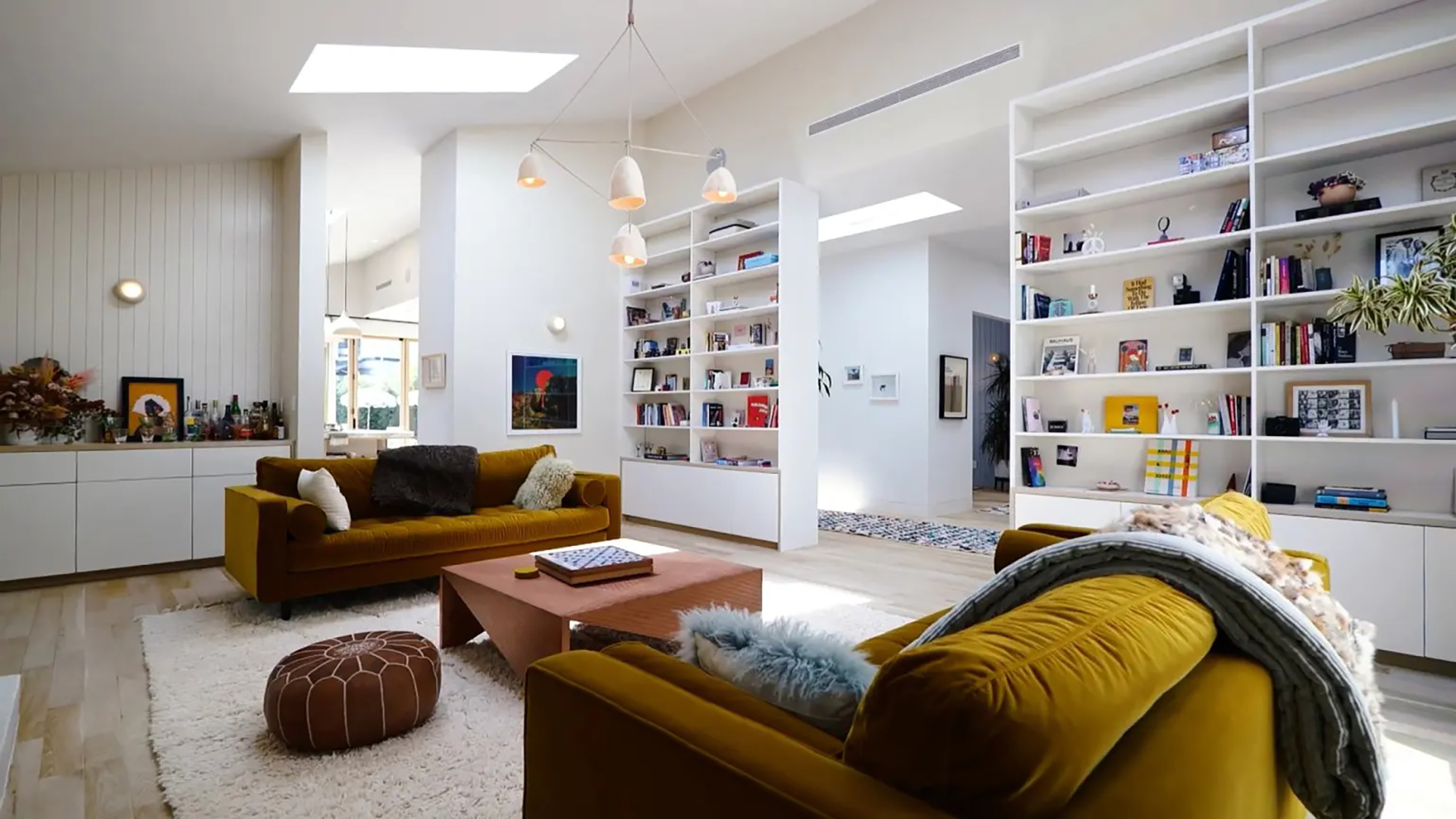 The actor, 46, and his legal team are attempting to nail down where the children will live full time. The upcoming third season of “Lasso” will be its last, as writer and co-star Brett Goldstein told The UK Sunday Times recently, and Sudekis plans to move back to the Brooklyn home he shared with Wilde.

“Jason wants to move back to Brooklyn to the family’s original home base, where he will help care for his kids,” said the family source.

Styles owns a sprawling house in North London and sources recently told People that he and Wilde are enjoying spending time together in his native England, where people “respect their privacy.” 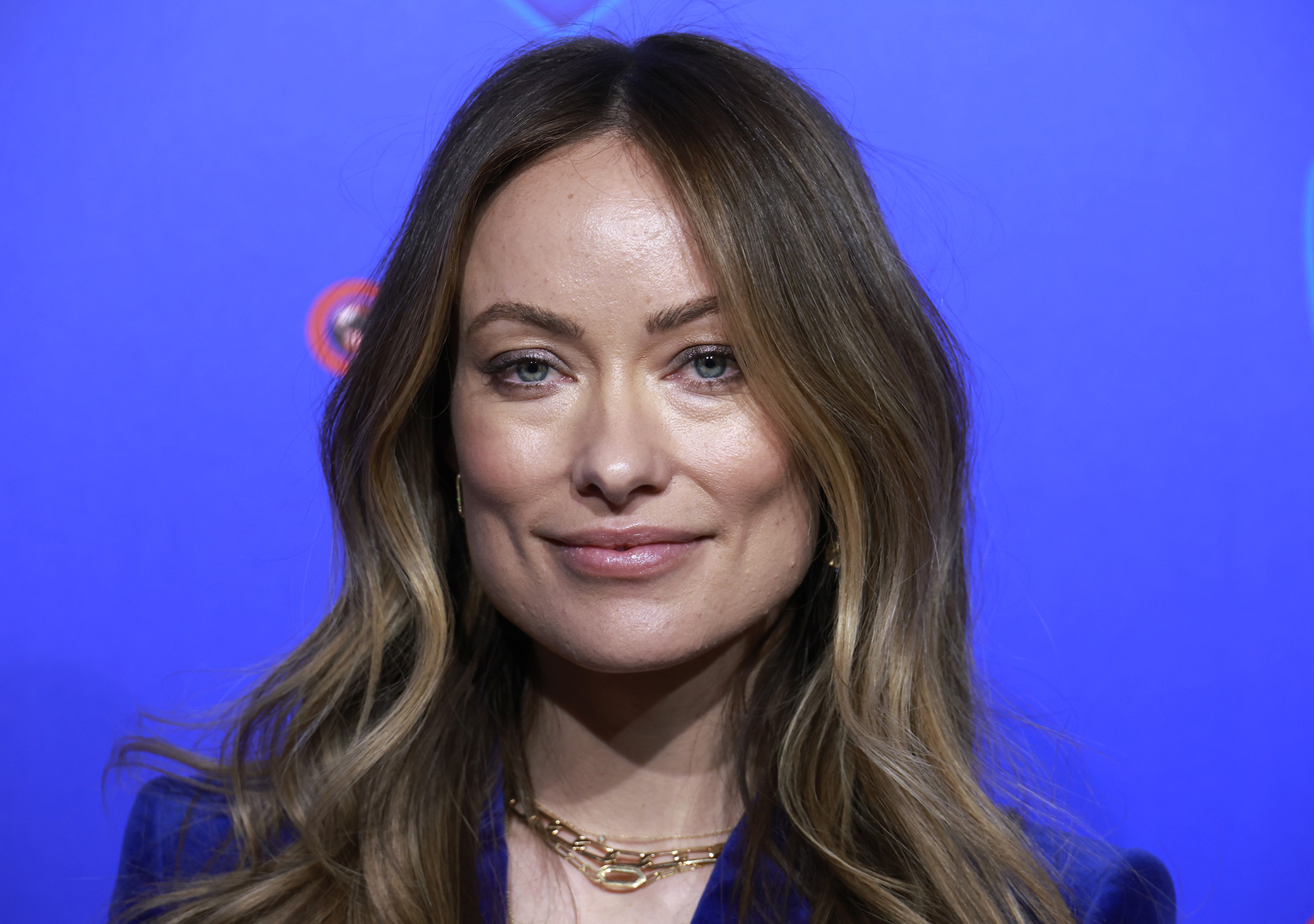 Wilde was embarrassingly served legal papers relating to the jurisdiction of their children while on stage at CinemaCon in April. However, sources close to Sudekis told Page Six at the time that the actor had no knowledge of the plans, with one insider saying: “Papers were drawn up to establish jurisdiction relating to the children of Ms. Wilde and Mr. Sudeikis.

“Mr. Sudeikis had no prior knowledge of the time or place that the envelope would have been delivered as this would solely be up to the process service company involved and he would never condone her being served in such an inappropriate manner.” 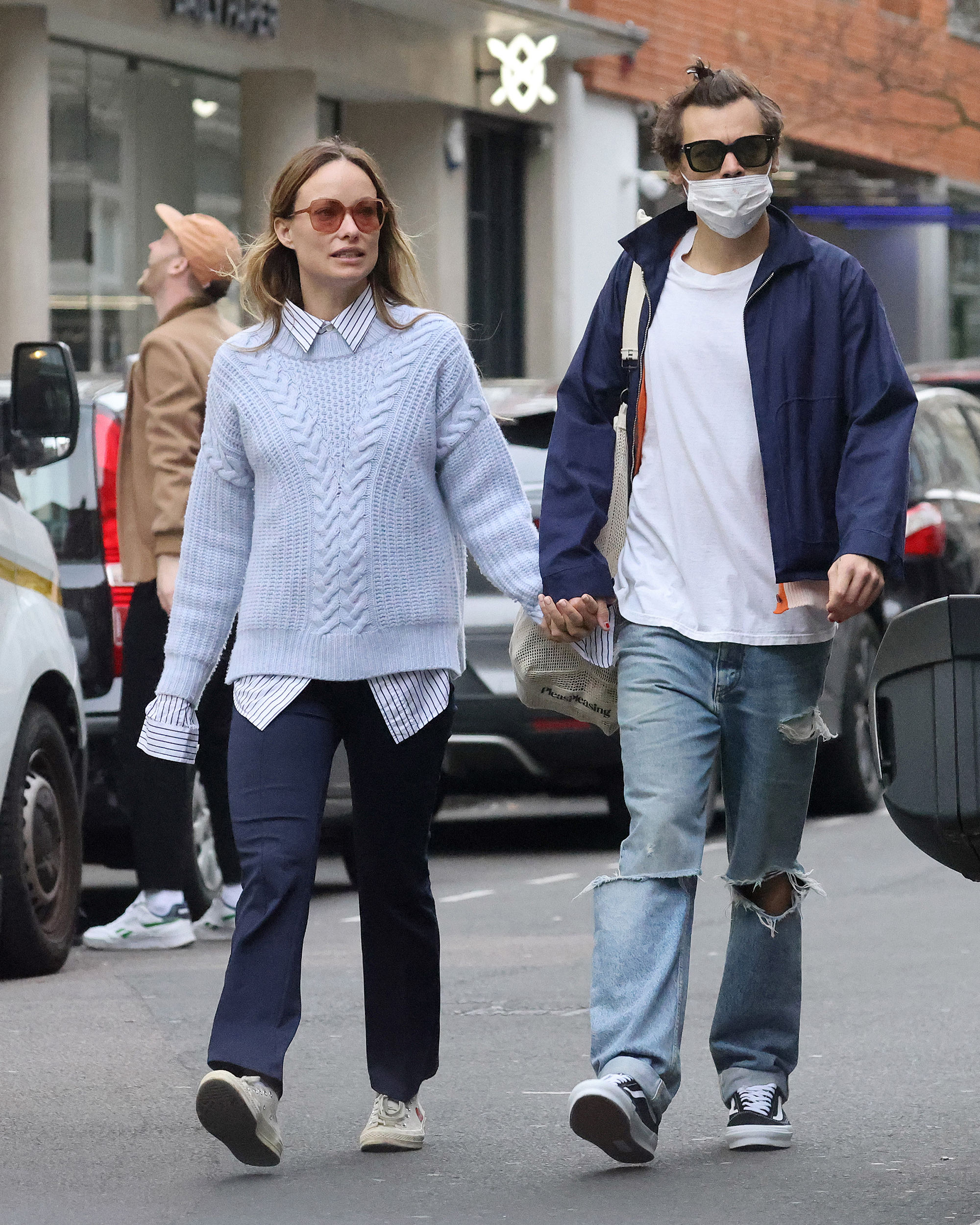 Despite this, a music source told The Post: “Get the documents to Olivia, by all means, but don’t embarrass her, this is the mother of your kids. I don’t know whether Jason’s camp thought that Harry would be there too.”

Being a potential step-dad is a far cry from Harry’s days in One Direction.

All five members have now gone their separate directions, and earlier this month, Liam Payne was slammed following his interview on the Impaulsive podcast with Logan Paul, where he made a number of comments about his former band mates that did not go down well with fans.

Payne, 28, claimed to have outsold his One Direction bandmates with his debut solo single “Strip That Down.”

He said: “We did the first song, billion streams. I think it outsold everybody within the band … “

However, fans pointed out that the track is currently sitting at only 800,000 streams and argued that Malik’s “Pillowtalk” and Styles’ “Sign of the Times” had been more successful 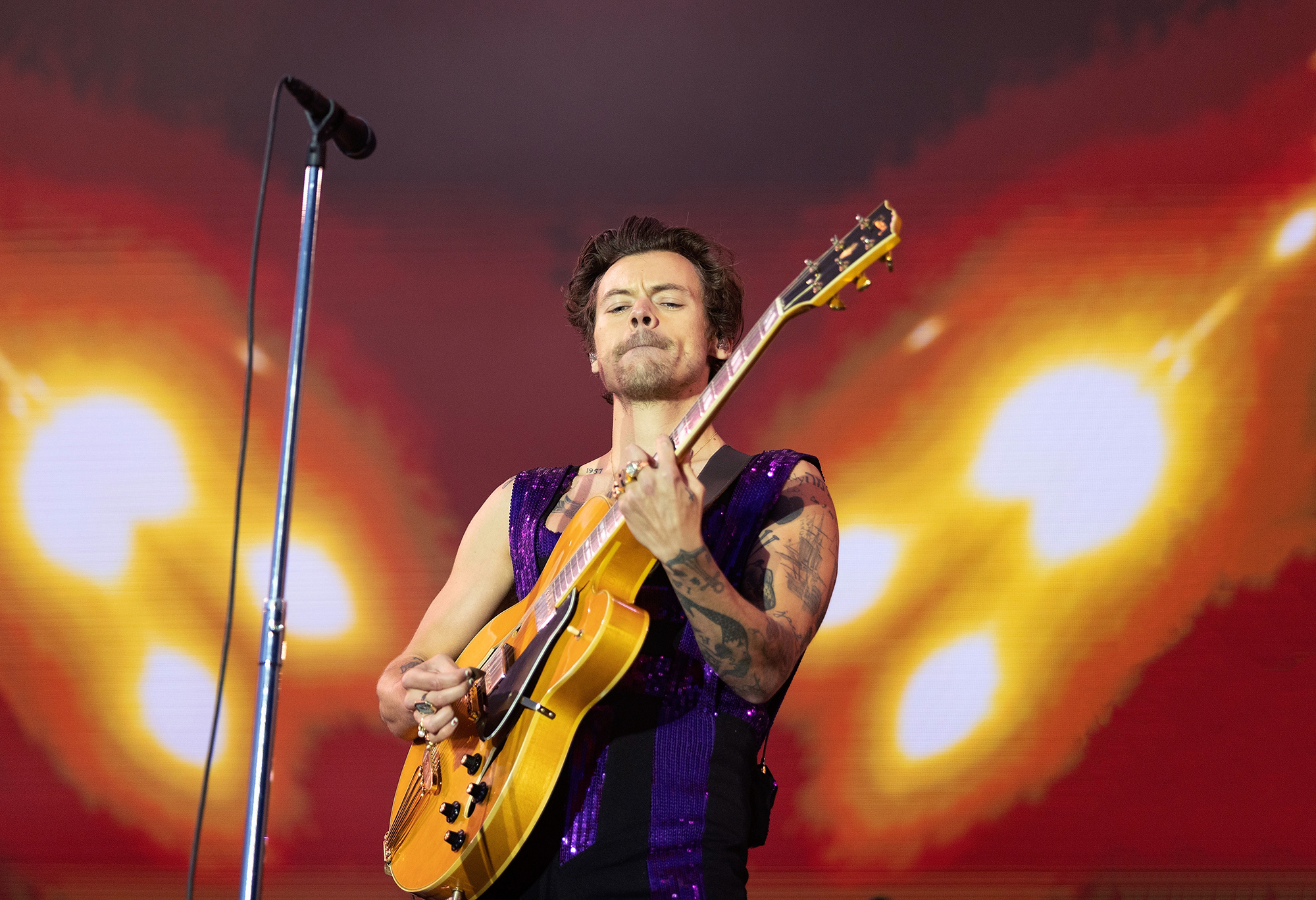 One highly-placed insider who worked with One Direction throughout their time together told The Post: “All the boys went away from their core fan base and diversified. They each were trying to project and find their own identity, as they all had quite a personal identity in the group.

“They didn’t want to be seen as ‘boy band’ anymore, and that desire for solo attention can overtake the team spirit.”

Styles, the insider said, was “quite ambitious” and “definitely likes to be with and around famous people.

“He has lots of very well-placed people he listens to and takes advice from. He doesn’t make waves and he won’t get into a confrontation with anyone. He never likes to upset people, even though he quietly does just what he wants to do for himself — I don’t think he does that even consciously!”

Styles has also never spoken badly about his time in One Direction, or his bandmates.

“Despite everything,” the One Direction insider explained, “the boys had a f–king amazing time together, even in the run-up to when Zayn [Malik] left, which he didn’t even plan that long in advance.”

As the Styles pal said: “He’s got a pretty mature head on his shoulders.”