IKEA has re-opened stores across the UK this week following the coronavirus lockdown, with social distancing measures implemented and restrictions on the number of customers allowed inside at once. Founded in Sweden in 1943 by 17-year-old Ingvar Kamprad, IKEA has been the world’s largest furniture retailer since 2008, thanks to its innovative ideas which can be purchased at a low price in store and assembled at home. But, two years earlier, in 2006, the company also launched its own brand food label, Ikea Foods, selling more than 150 products, including its trademark Swedish meatballs and sales were so good in 2018, that its £1.9billion turnover actually placed it in the top 10 food retailers, according to the BBC.

He said in 2018: “The things that customers come for are the meatballs, do you know how many meatballs we sell throughout the year, global?

“One billion meatballs. so that’s quite big, hey?

“So as a chef, your two main dishes you cook throughout the day are meatballs and fish.” 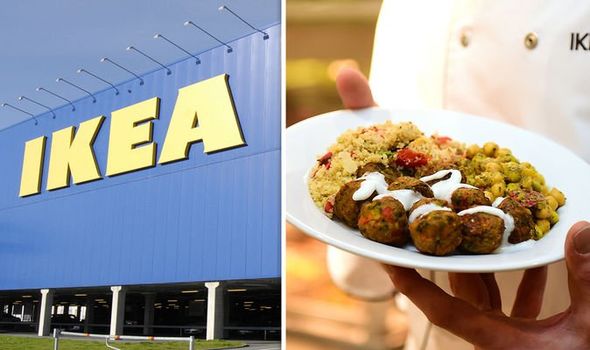 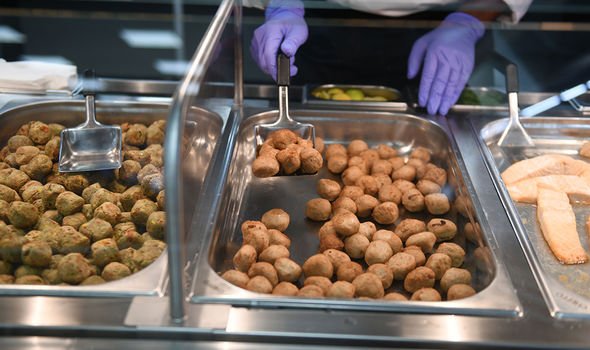 The narrator went on to detail the sales for 2017, showing that the company was growing year-on-year for food series.

“Originally from Poland, Simon Rabinski has worked for IKEA for 11 years, he’s just landed a job as a food manager at a new store in Sheffield.

“Simon’s hoping his 11 years of hard work will be rewarded with a trip to Almhult, the small town where IKEA was founded by Ingvar Kamprad in 1943.

“The company pays for staff from around the world to make the pilgrimage.” 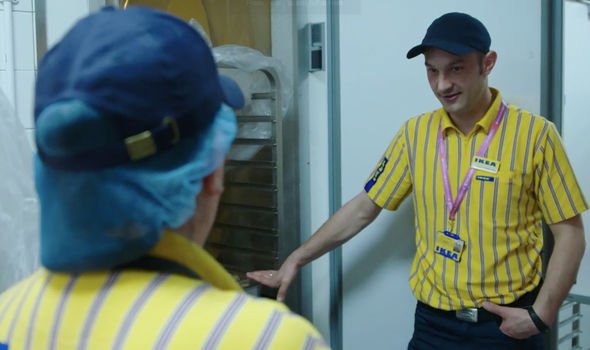 In 2019, IKEA reported that its competitively priced menu had attracted more than 680 million customers, bringing in an annual turnover of just shy of £2billion.

It added that 20 percent of its customers visited just for the restaurant and that it was looking to open up a delivery service.

Mr Rabinski later revealed how the company is supporting its workers to help train them up and retain them for this long-term business plan. 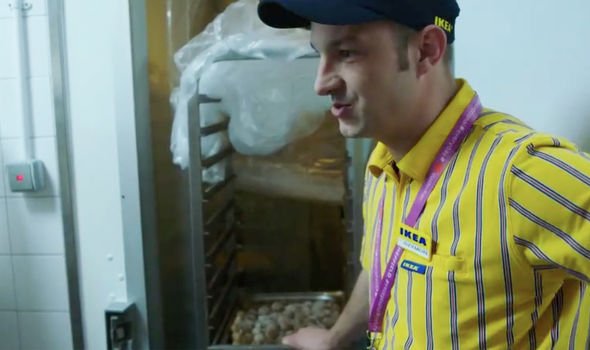 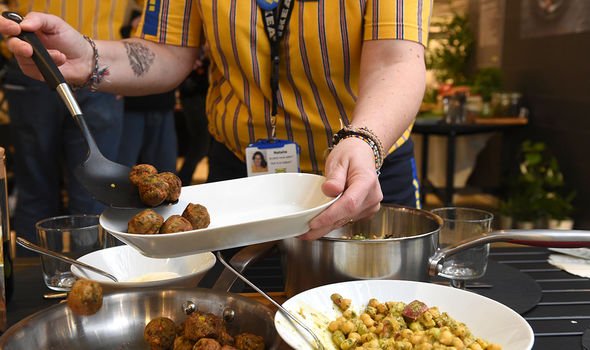 “Now all they expected from me is the commitment and hard work.

“It’s now 11 years and I’m still here, smiling because I like what I’m doing.

“I must go to Almhult whatever happens, I must go.

“I have heard so many stories, I just want to go and feel it and having missed out three times in the past I have to go (now).”