Victorian voters have given a jolt to the major parties and confirmed the resetting of the state’s political landscape.

Voters in Melbourne’s inner-city suburbs turned their backs on Labor and the Liberals in favour of the Greens and independents, proving the federal election result wasn’t a one-off. 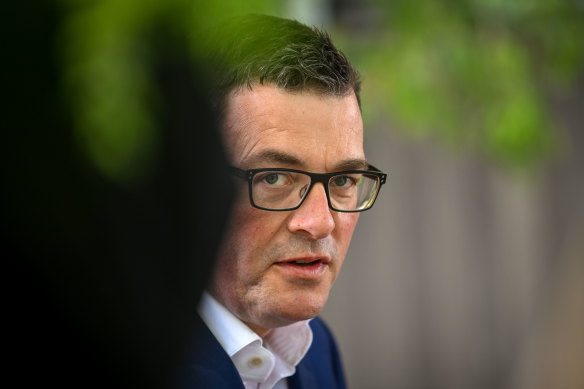 Labor will be celebrating a third-term and majority government, but the Liberals will be in mourning. They failed to capitalise on heavy swings against the government and, as with 2018, the Coalition’s pre-election internal polling verged on fictional.

A small swing overall to the Coalition will boost its numbers in the Legislative Assembly, but it is meagre compensation for the Liberal Party in a state where it was once a dominant force on Spring Street.

The Coalition offered up plenty of meaty issues to use in its campaign, with growing debt, corruption scandals and a polarising pandemic response weighing heavily on the Andrews government after eight years in power.

While some of those issues appear to have hurt Labor’s vote, cranky Victorians didn’t rush to the Coalition.

So, where does the Liberal Party go from here?

Voters in Melbourne’s east, once responsible for sending Liberal MPs to The Lodge, have rejected the Coalition. But heavy swings to the Liberals in Broadmeadows, Clarinda, Greenvale, Mill Park, St Albans and Sydenham perhaps offers the party some hope for the future.

These areas have traditionally been the seats where the Liberals test party hacks with no chance of winning. If Coalition MPs ever want to return to the treasury benches it should reconsider that strategy and take up the fight for the Victorians who desperately need a party to represent their interests.

With Matthew Guy’s political career all but over, the Coalition will also be in the hunt for a new leader. Urged by ambitious colleagues to return to the leadership last September, Guy took the bait and won’t be given a third chance in the role.

Guy’s departure and a predicted loss for Hawthorn hopeful John Pesutto will create a power vacuum within the Liberal Party, with Brad Battin, Ryan Smith and Louise Staley already touted as early contenders for the unenviable role as leader.

To make matters worse, the formal alliance between the Liberal and National parties in Victoria could fall apart, with the strong-performing Nats potentially looking to put some distance between the two parties.

Federal Liberal MPs ousted in May were also using the state election as a litmus test to check whether their lost-electorates were winnable again. But the result suggests they may need to look elsewhere in 2025.

Labor may be on track for a reduced majority, but heavy swings against the government in heartland seats suggests it can no longer find support in blue-collar electorates. Nor can it depend on progressive voters in Melbourne’s inner-city seats who have been wooed by the Greens.

Daniel Andrews may not need their support to pass legislation in the lower house, but this result should trigger a change of approach for the premier who has often failed to be consultative. With the major party vote in free fall, an expanded crossbench is here to stay.

In the lead-up to the campaign, there was tension between some of Labor’s campaign strategists and the Premier’s Private Office (PPO) about how much the campaign should focus on Daniel Andrews given his leadership during the pandemic had divided Victorians.

As so often has happened in the past four years, the PPO won that battle, but a swing against the party in those areas that were left financially worse off due to lockdowns, shouldn't be ignored.