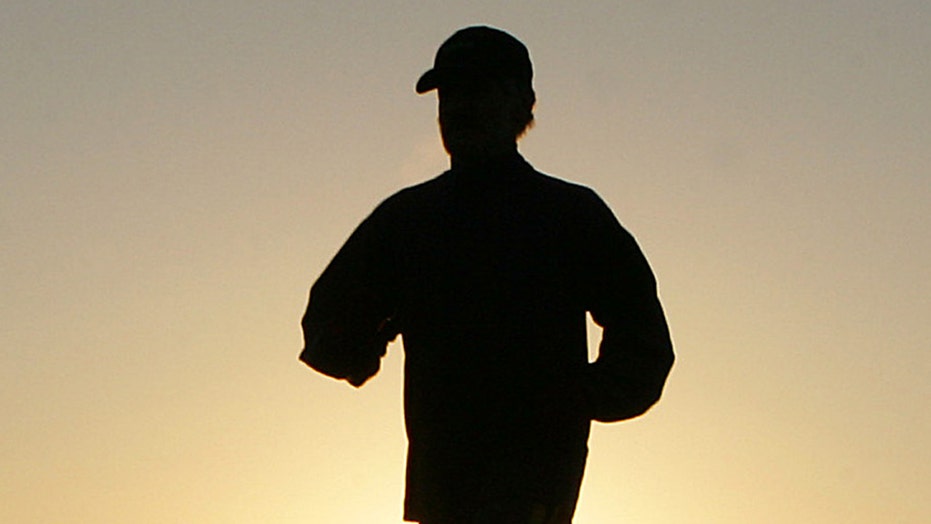 Jogger safety: 5 things to do when out for a run

On Thursday morning, two women — including at least one woman who was out for a jog — were attacked and sexually assaulted in New York City.

In wake of the attacks, Fox News spoke with personal safety and self-defense experts Jennifer Cassetta and David Nance to find out the best way runners and joggers can keep themselves safe while exercising.

Though two recent incidents happened in New York City, there have been other similar events across the country in recent weeks, according to local reports.

Other similar incidents have been reported in Grand Rapids, Michigan, Dayton, Ohio, and Houston, Texas.

Jennifer Cassetta, a self-defense expert who runs She Warrior Self Defense, told Fox News that overall, she recommends that everyone take self-defense classes so they can learn and practice techniques that will help them in potentially dangerous situations.

She said that personal safety is a lot like health. Though neither is guaranteed, there are things you can do to set yourself up to have a healthy and safe life. 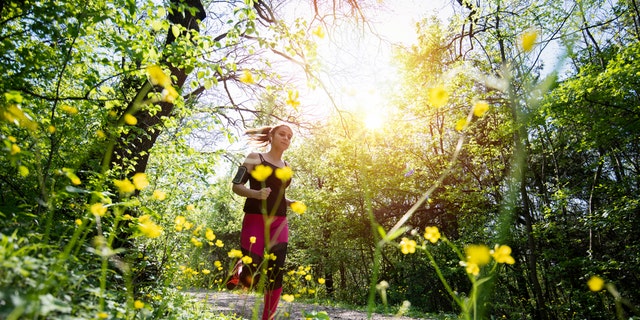 On Thursday morning, two women — including at least one woman who was out for a jog — were attacked and sexually assaulted in New York City. In wake of the attacks, Fox News spoke with self-defense experts about how runners can stay safe. (iStock)

“Your health…at the end of your life, is not guaranteed,” Cassetta told Fox. “Yet, we know logically that we need to eat healthy and exercise in order to give us better odds of a healthy lifestyle.”

“Same with your safety,” she continued. “Your safety’s not guaranteed by anybody. There’s nobody coming to your rescue…so what can we do to, not ensure our safety because it’s still not ensured, but to give us that extra layer of self-protection, I find it really empowering.”

“I like to give women options,” Cassetta said. “That is how I teach, that is how I speak on this stuff because… women have different comfort levels with things.”

“Your safety’s not guaranteed by anybody.”

For example, Cassetta said, some women don’t feel comfortable carrying pepper spray. If those women are encouraged to use it anyway, they may do more harm to themselves than good if they find themselves in a dangerous situation.

Meanwhile, other women might feel totally fine with using — or learning to use — pepper spray and should therefore use it.

Read on to see more tips and advice for how to stay safe while exercising.

Run in public and mix up your routine

Safety expert David Nance told Fox News that he recommends that people run with a friend, a dog or a running group. However, if that’s not available, Nance said people should avoid wooded trails or areas where there aren’t many other people.

“Make sure you run in areas where others are present,” Nance said in an email. “Witnesses help you stay safe.” 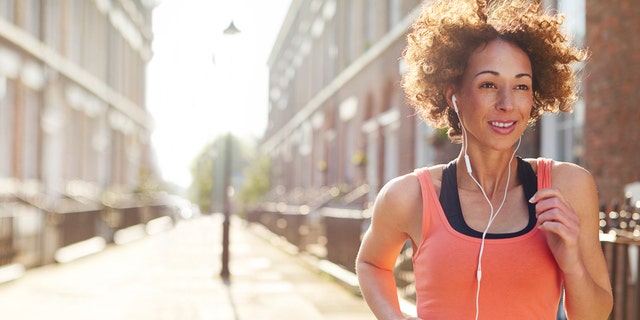 Self-defense experts tell Fox News that runners should always be aware of their surroundings. (iStock)

He also said that runners should change their routines to “outplay” potential attackers who might try to use that routine to their advantage.

“Running the same route at the same time makes it easier for a threat to create a plan,” Nance said.

He also said that runners should wear reflective, or light-up gear to stay visible, particularly if they have to cross the street quickly to avoid a suspicious stranger.

Share your location with a trusted friend or relative

Be alert and aware of your surroundings

Nance told Fox that once they’ve left the house, runners should be aware of everything around them.

“Enjoy your run, but always have a relaxed 360-degree awareness and be ready to pivot if necessary,” Nance said.

Similarly, Cassetta recommended that runners make sure to “check your back from time to time” and pay special attention with their eyes to everything that’s happening, especially if they’re listening to music.

She said she won’t suggest not listening to music at all, but if a runner does want to listen to music, it should be at a level where they can hear other sounds around them, or just keep one earbud in, rather than both. 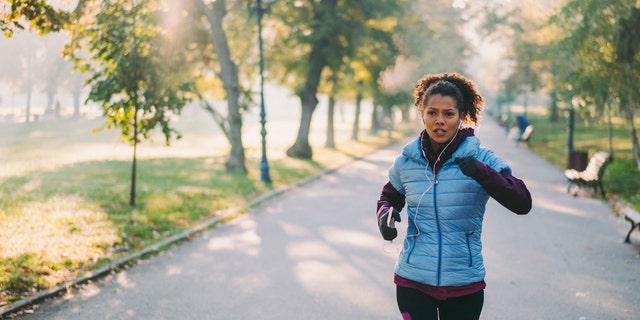 "Be aware of your body and space and relevant objects around you," self-defense expert Jennifer Cassetta told Fox, adding that runners should be aware of possible escape routes or places that possible attackers might be able to hide. (iStock)

She also said that runners should be aware of their intuition.

“Its job is to keep you safe,” Cassetta said. “It’s always on alert, but we have to be listening for it. If we’re completely checked out, completely tuned out… we’re not going to hear those messages.”

She added: “If you’re running, hiking, jogging, commuting early in the morning, late at night when there’s not a lot of people around, all the time, that alertness is really going to help you to tap into your intuition. And most importantly then, once you listen to it and hear the messages that it’s giving you, if something feels off, remove yourself from the situation, if possible.”

If someone gets to the point where they have to call for help, Cassetta said they may still have to defend themselves while they wait for backup. At that point, Cassetta said the person should think: “What can I do right in this moment to defend myself against an attacker?”

If someone feels comfortable and is carrying pepper spray, they can use that against their attacker, which can also give them a chance to get farther away from their attacker, Cassetta said.

If that’s not an option, Cassetta said to “use your body as a weapon.”

That’s why self-defense classes are so important, Cassetta said.

However, she also said that not every situation calls for physical self-defense. Fighting back, Cassetta said, should be more of a last resort.

“Always avoid the fight, if possible,” she said. 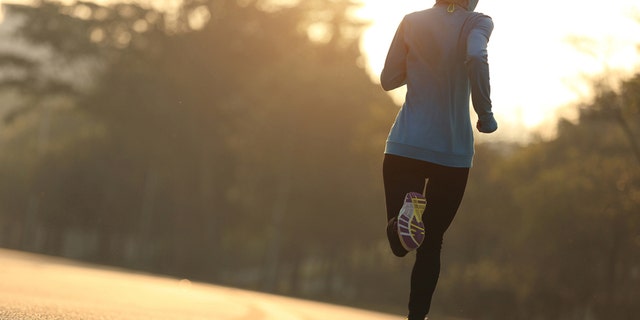 Ultimately, Cassetta said, the biggest mistake people can make is thinking that they’re invincible and that nothing bad can happen to them. (iStock)

Ultimately, Cassetta said, the biggest mistake people can make is thinking that they’re invincible and that nothing bad can happen to them.

“We shouldn’t have to learn [self-defense],” Cassetta said. “We should feel completely safe to go for a run wherever we live, but it’s just not the reality of the world we live in.”

She added that, instead of waiting for people to stop attacking one another, it’s more important to take a proactive approach to safety.

“If you feel like you can protect yourself…you just walk through life very differently than living in fear,” Cassetta said.