How people in their 90s REALLY spend their days: Nonagenarians reveal how they pass their time – from keeping up with the news to scrolling through YouTube videos

People in their 90s have been sharing the things they spend their time pondering – including YouTube videos, robots and the meaning of life.

The conversation was sparked after Quora user GJ Coop posted a heart-warming story about living with his 97-year-old father, Doug, during the pandemic.

He explained his father, from New Zealand, spent his days keeping up with current affairs, sunbathing, listening to David Attenborough audiobooks, and sharing stories from his time in the military. 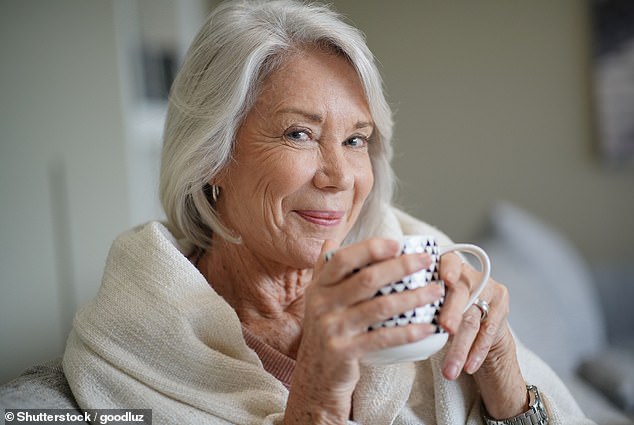 Elderly people shared their innermost thoughts online after a Quora user asked what the over 90s think about. Stock image

The son said it made him realise that, despite an ailing body, his father’s thoughts were just like that of a young person, noting he was ’23 in his own mind’.

He invited other people in their nineties to share the things they do and think about on a day-to-day basis, wondering if they were similar to his own father.

One gentleman, who said he was 96 years old, said much of his day involves scrolling through YouTube.

He wrote: ‘When it is time to sleep, I keep my Mp3 player on all night listening to podcast conferences, debates and conversations all night and a lot of the day.’ 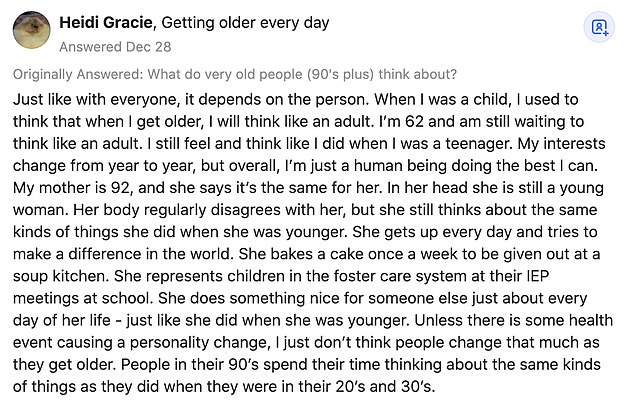 When he has time to ponder, he admitted he does wonder about the ‘why’ of life and if we have a particular purpose on Earth.

Another woman called Mary, whose mum is 93, said she tends to think about what to make for dinner, when she’s going to finish her tax return, and what to wear to church, which is a ‘lifelong dilemma’ for her.

She added her mother is also writing a book about her brother and her parents during the Second World War, which occupies a lot of her thoughts too.

A woman called Sonja, whose parents are both in their 90s, said they’re both still pretty sharp for their age.

She wrote: ‘My father is a very intellectual person and still very active, reading 2-3 newspapers every day, engaging in political discussions, never missing the news on TV and taking care of my mother.’

A woman called Colleen wrote about her grandmother, who recently passed away aged 98 – and was obsessed with tech.

Colleen wrote: ‘She often thought about technology and we’d talk for hours about what she thought would exist if she made it to 110.

‘She wanted a home robot, loved Alexa/Siri, was interested in my research in nuclear engineering.’ 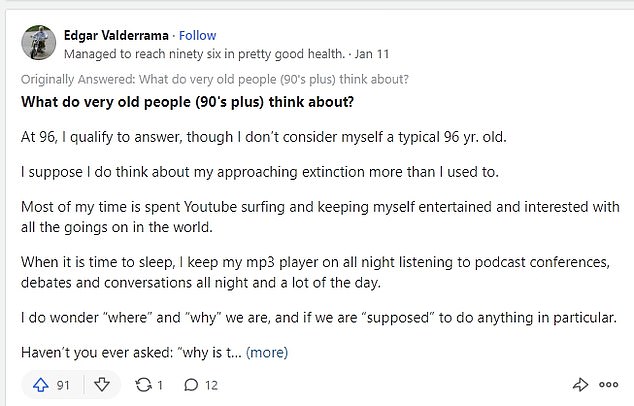 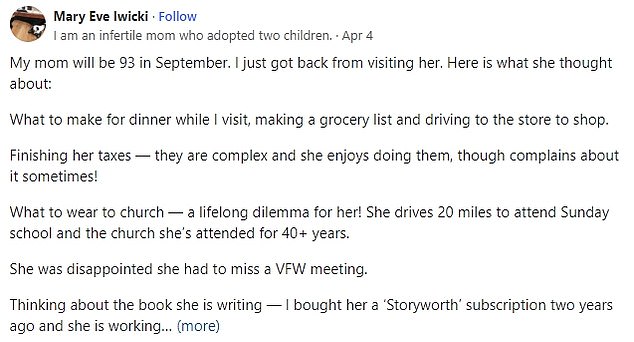