How many children make for the happiest families? In 2011, the parenting website bounty.com carried out a major survey to identify the factors that make for happy families. 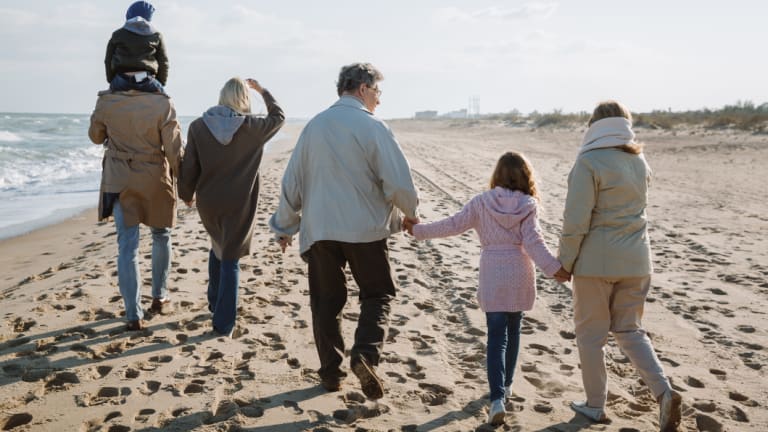 Forget numbers. If you want to raise happy children, you simply need to decide that you’re delighted with the size of your family, however many children you have.Credit:Shutterstock

They asked 2116 parents to rate their children's behaviour on a number of measures – for example, "ease of care" and whether they "generally like each other". From this data, they drew up a list of the happiest families according to numbers of children. A family with two girls came top, followed by those with one boy and one girl, then families with two boys. Three-child families were rated less happy, and four-child families less happy still – except for families with four boys, which ranked sixth on the list of 12.

According to parents who took part, the benefits of having two girls are that they're "easy to reason with" and they "play nicely together". Yet last on the list of 12 were families with four girls; parents in such families commented that they "create a lot of noise around the house" and "take ages getting ready for school".

A second, much larger study was carried out in early 2015 by Eurostat, the Europe-wide statistics agency. Researchers asked 366,650 individuals across 32 nations about their current circumstances and level of happiness. In contrast to the results of the Bounty study, the Eurostat team found that families with three or more children were more likely to report high levels of happiness, considerably higher than those with one or two children.

Later that same year, Bronwyn Harman at Edith Cowan University in Western Australia released a five-year study examining the relationship between family size and levels of happiness. Harman interviewed 950 parents from a wide range of family set-ups, and concluded that the happiest families were those with four or more children. The main advantages cited by these parents were increased positive social interactions within the family and high levels of support among siblings.

All three studies were well-executed and carefully analysed; yet they reach quite different conclusions. If the number of children isn't key, is there a way to tease out the underlying reason why some families seem happier than others?

A large body of research – for example, a study by Hasida Ben-Zur at the University of Haifa and another by Nansook Park at the University of Michigan – reports a clear and positive association between happy, supportive parents and a sense of wellbeing in their children.

This appears to be true for children of all ages and in all sorts of family set-ups.

The conclusion? Forget numbers. If you want to raise happy children, you simply need to decide that you're delighted with the size of your family, however many children you have.