Paris Hilton: Kim Kardashian and Pete Davidson are ‘so cute together’

Khloé Kardashian has given Pete Davidson the stamp of approval to date Kim Kardashian, Page Six has learned.

“She loves Pete and is so happy to see how happy he makes her sister,” a source exclusively told us Friday.

A separate source close to the family confirmed Khloé, 37, “loves” that Davidson, 28, is dating Kim, 41, and that the Good American co-founder and the “Saturday Night Live” star “get along great.”

“She is so happy to see how happy he makes her sister,” the second insider reiterated. “We hear their closest friends and family approve on both sides.”

Khloé enjoys the new couple so much that she joined Kim and Davidson for a date night Wednesday in Los Angeles. Kim’s pals Olivia Pierson, Natalie Halcro and Tracy Romulus also tagged along for the outing. 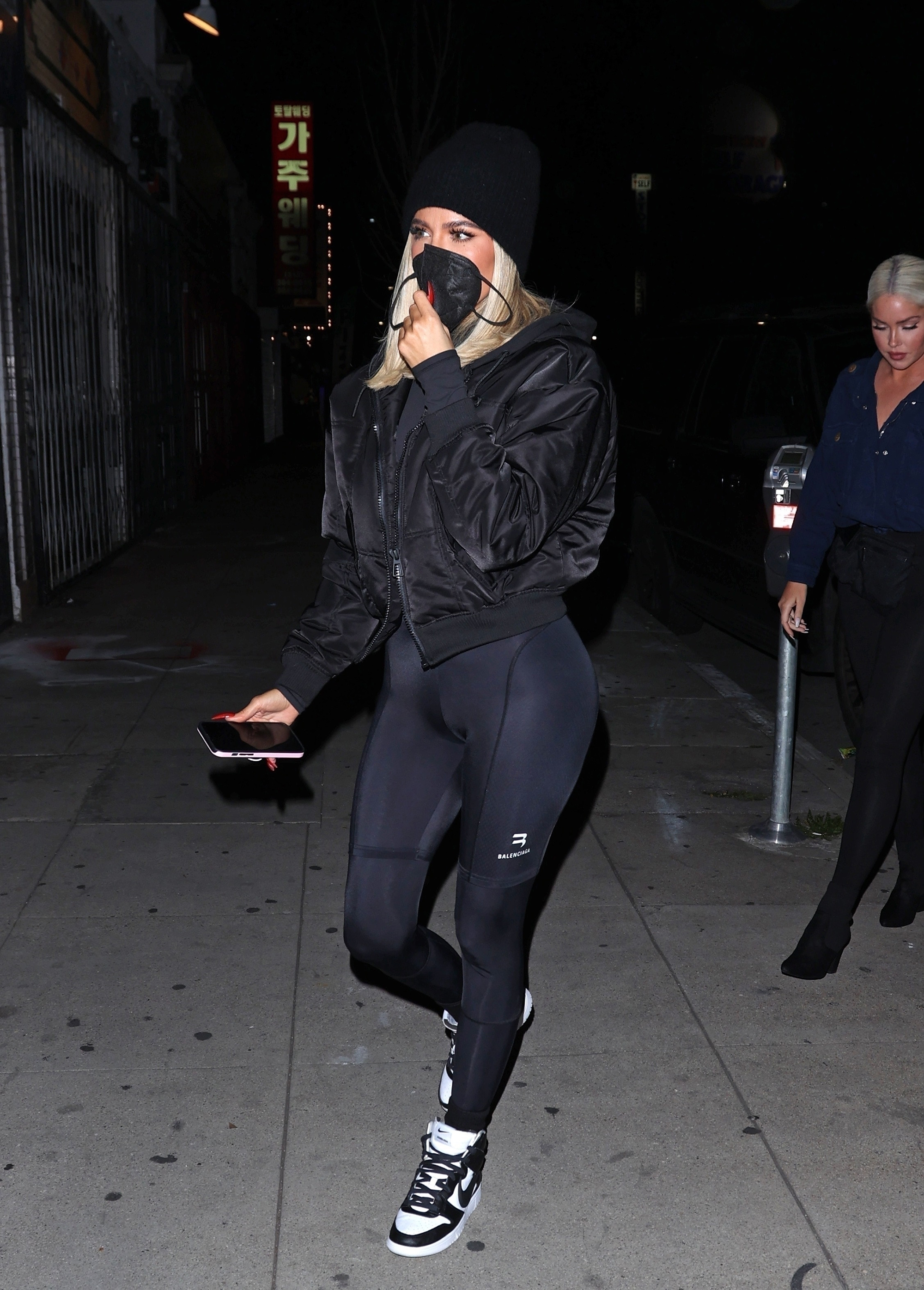 The group visited 60out Escape Room, which we’re told the comedian rented out for optimum privacy. The teams were split into guys versus girls, and it appears the comic’s competitive side came out, as the “guys’ team won.”

Despite coming out on top at the escape room, however, Davidson picked up the tab at dinner for his billionaire girlfriend and all her friends at Quarters Korean BBQ.

“He made sure to call the restaurant ahead of time to take care of the bill to get that out of the way,” a source said. “Pete was a total gentleman. He took care of everything and wanted Kim and her friends to have the best time.” 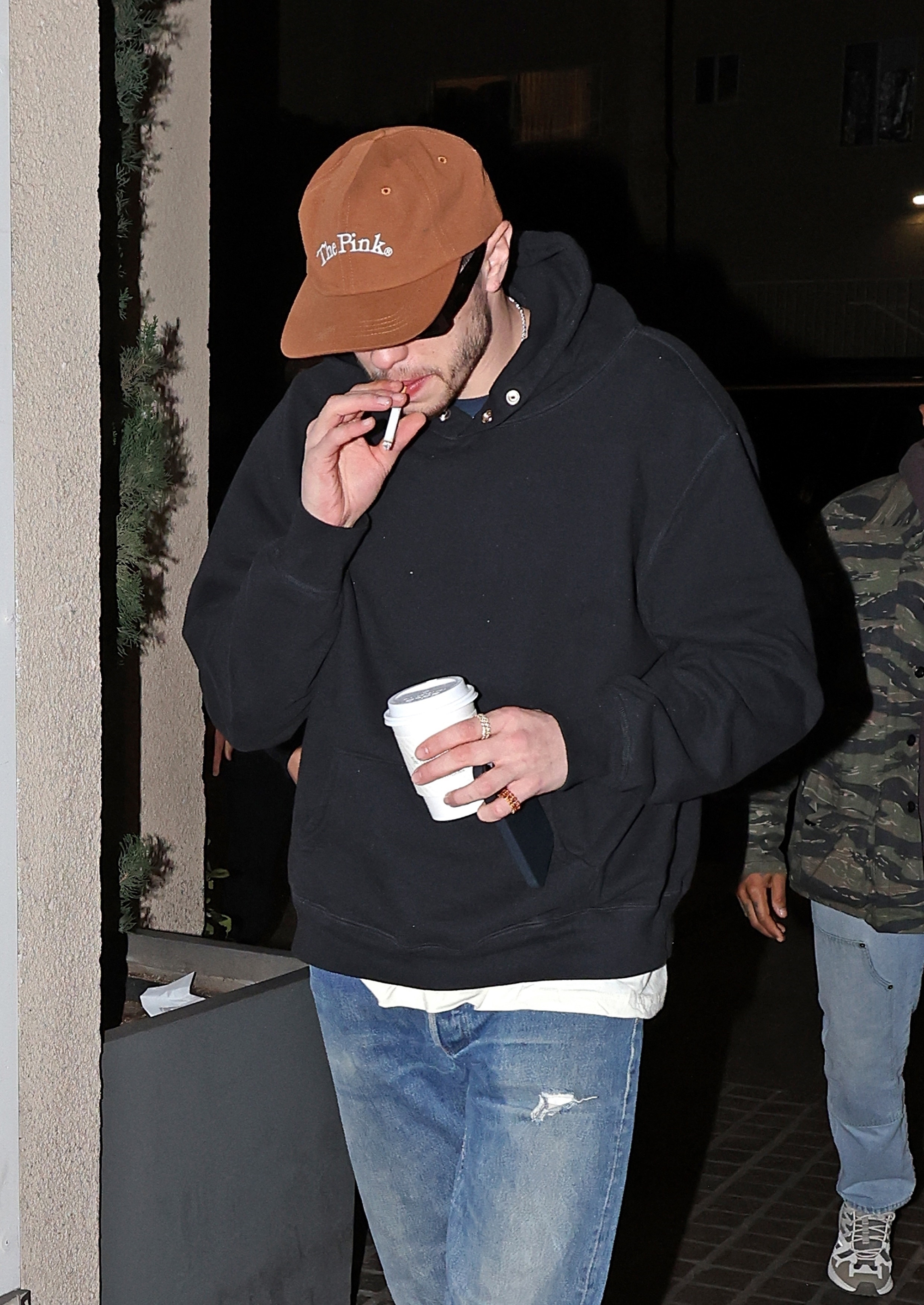 Khloé, who previously called Kim’s estranged husband, Kanye West, her “brother” amid their divorce, is not the only member of the Kardashian family rooting for Kim and Davidson to make it in the long haul. Insiders previously said matriarch Kris Jenner is “obsessed” with the “King of Staten Island” star, and we’re told the Skims founder’s friends feel the same.

“All the friends on both sides love them together,” a source said, adding that the relationship is “so easy and effortless” and there is “a lot of laughing and smiling.” 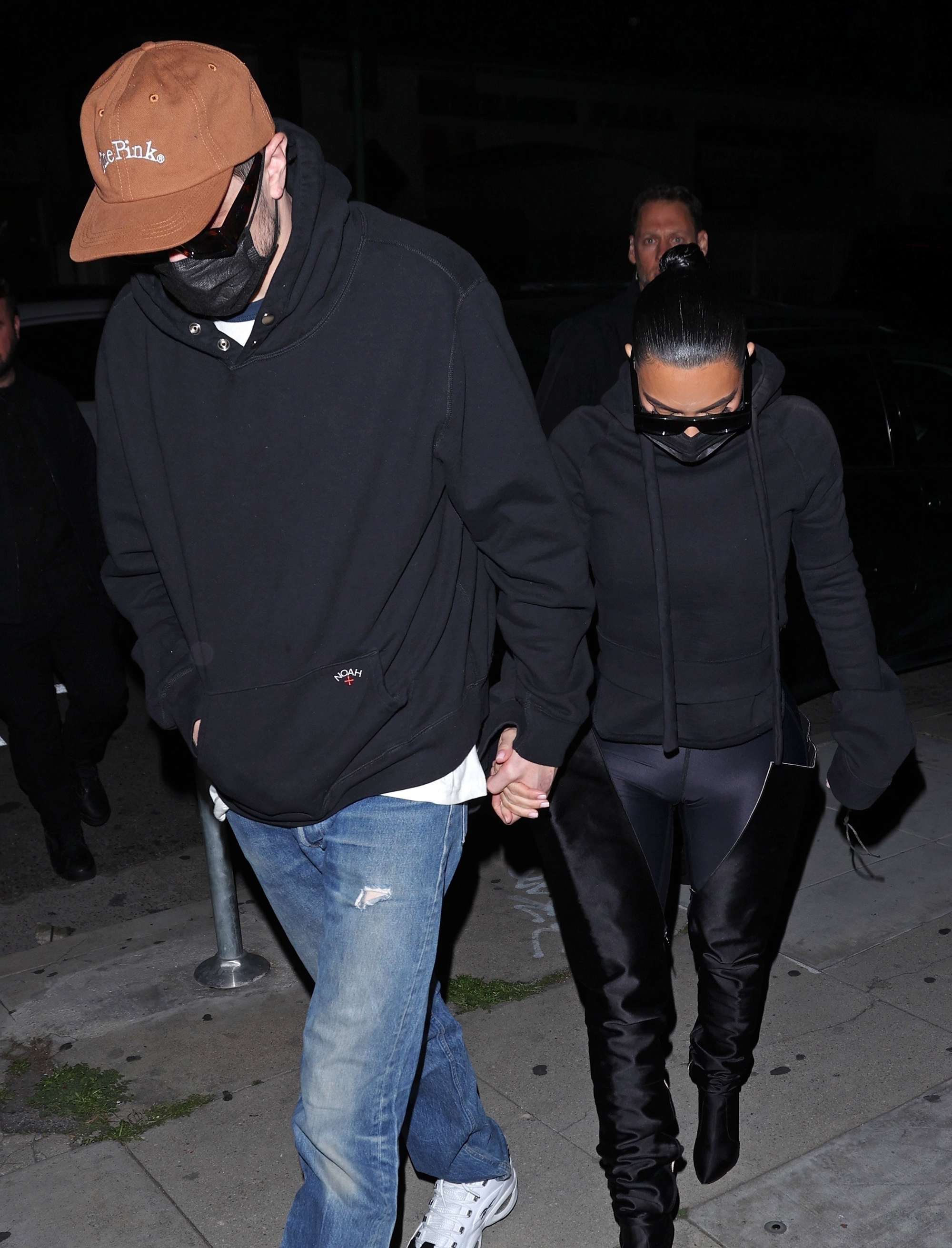 Kim and Davidson wore their usual casual duds with matching black hoodies for their date night. 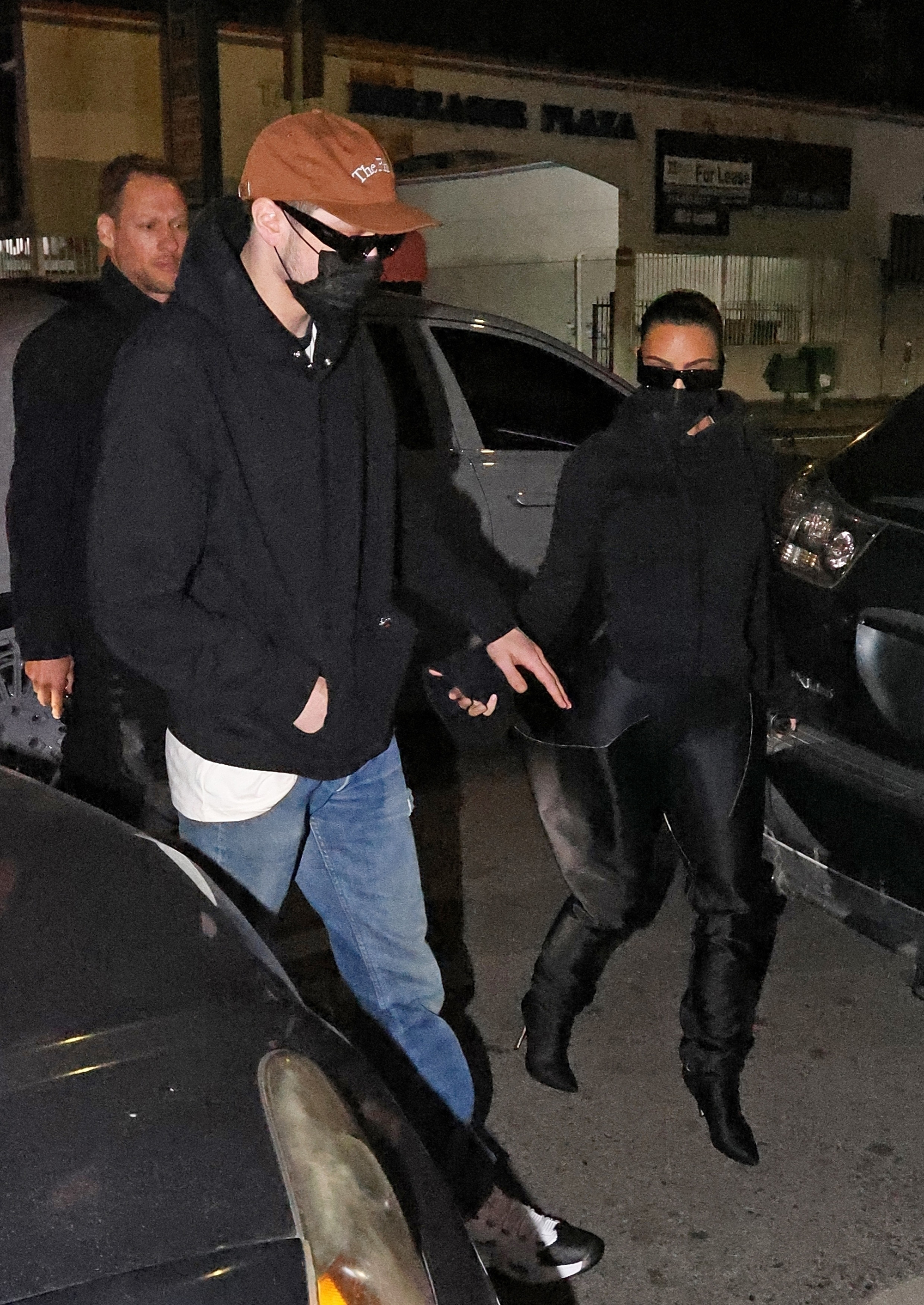 Kim and Davidson wore their usual casual duds with matching black hoodies for their date night.

Bella and Gigi Hadid team up for Versace campaign