From the ballroom to the real world! While professional dancers Emma Slater and Sasha Farber often compete against one another on Dancing With the Stars — with their respective celebrity partners — they aim to keep their marriage separate when they’re not on the dance floor.

Perfect Partners! A Guide to All the ‘DWTS’ Pros and Their Spouses

“I think we do a really good job of separating our work life from our home life, which is crazy because we literally [do] everything together,” Slater, 32, exclusively told Us Weekly on Wednesday, November 24, about her relationship with Farber, 37, while promoting the upcoming DWTS Live 2022 tour. “So, it is hard to separate it. For some reason, we do a really good job with that. It’s just, like, it doesn’t get to us in our personal life.” 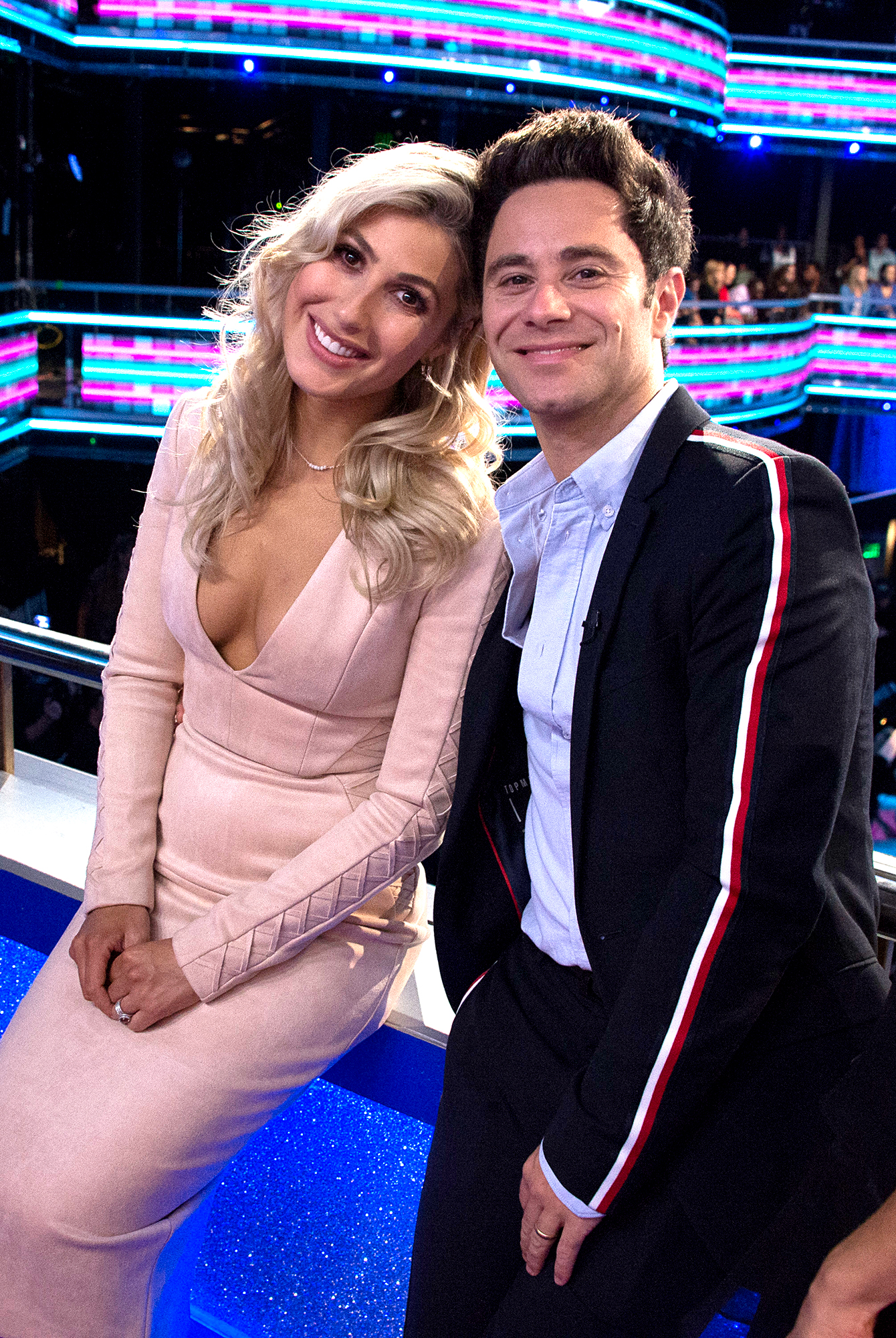 The former mirrorball champ noted: “My sister [Kelly Slater] thinks it’s crazy that we can just continue to talk about that. She’s like, ‘Don’t you need that break?’ But I think we just live it and we love it so much that it’s normal for us.”

Couple Alert! Every ‘DWTS’ Pro and Celeb Who Found Lasting Love on the Show

However, as a result of COVID-19 safety protocols, the married couple — who tied the knot in March 2018 — were unable to reside together while competing on season 30 of the dancing competition. (During the 30th season, the Burn the Floor alum was paired with country crooner Jimmie Allen and Farber partnered with Olympian Suni Lee.)

“You can’t live together because of the [safety] restrictions,” the Mamma Mia! actress told Us of their working relationship. “Obviously, we’ve lived together pre-COVID during the season and we never really fight. We don’t really argue that much. We get frustrated, but,  not at each other, like, I will witness him get frustrated about choreographing something and I’ll try to help. … We have very different choreographing sort of styles and sometimes I’ll want to use him [and ask] ‘Can I try to step out with you in the lounge?’”

Dancing With the Stars’ Hottest Hookups

The England native, for her part, even revealed that there “always has been” a friendly competitive nature between her and the Australia native, but she couldn’t help but gush over their working relationship.

“He’s a very supportive person, like, so supportive and I am too by nature,” the former Dancing With the Stars: Juniors mentor said. “So, we can’t really be any other way.”

Ahead of their 2018 nuptials, the pair previously dated on and off since 2011 before Farber popped the question in October 2016 in the middle of an episode of DWTS season 23.

“I’ve wanted to do this for such a long time — I love you so, so much,” the Russian-born professional dancer explained to his longtime love during the live show at the time, before dropping on one knee.