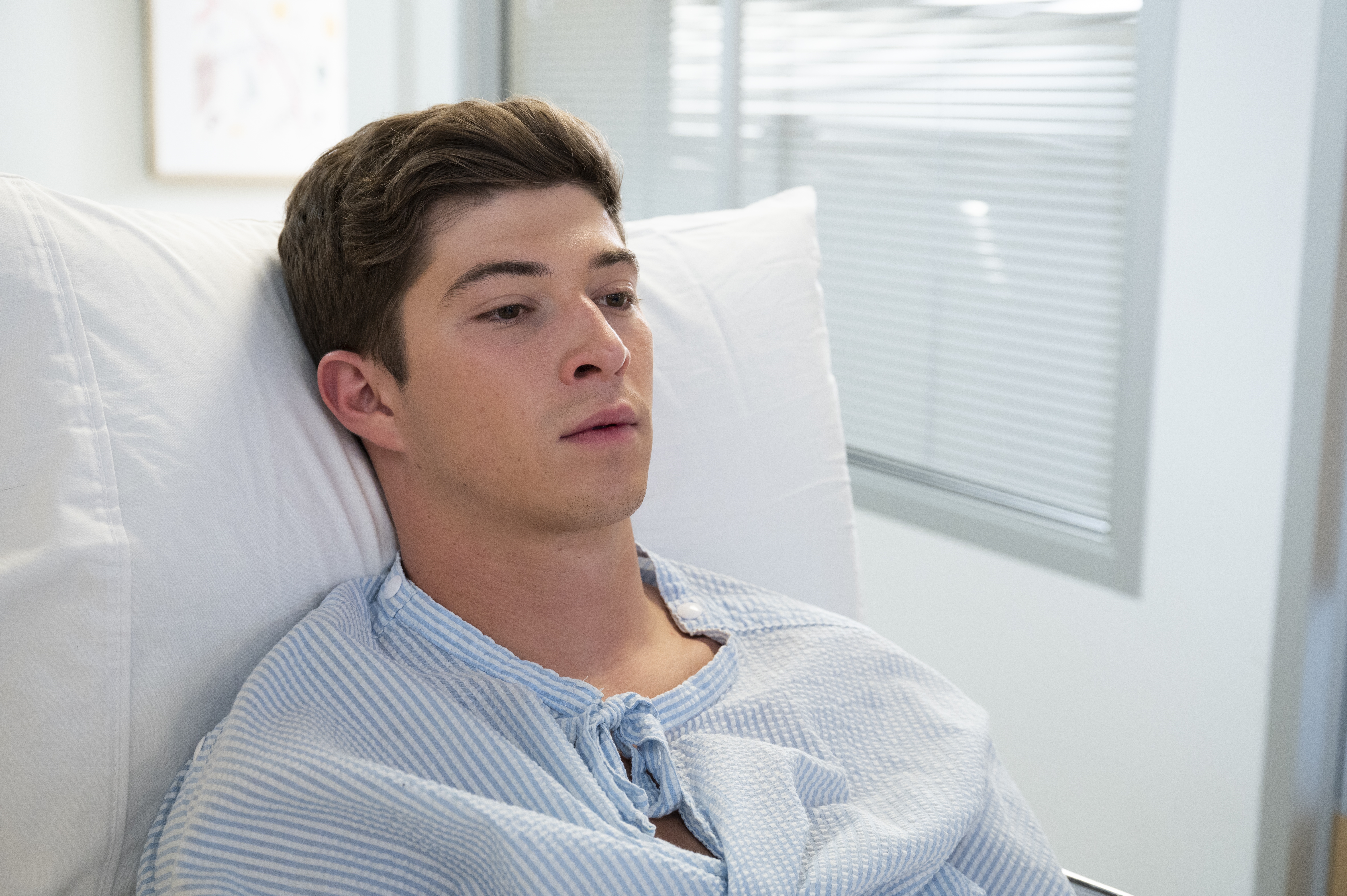 Tragedy strikes in Neighbours next week as, despite receiving a lung transplant, Hendrix Greyson (Ben Turland) dies in heartbreaking scenes.

The popular character, as viewers know, was diagnosed with pulmonary fibrosis earlier this year, and his only treatment option was a lung transplant.

Things were looking up for him several weeks ago when he received a call from the hospital, notifying him that a donor had become available who was a match, meaning – that despite his fears – he would receive a life-saving transplant after all.

There was a slight hiccup, after Hendrix visited the donor in hospital, resulting in his family removing their son from the donor’s list, but Mackenzie Hargreaves (Georgie Stone) convinced them reconsider.

Hendrix, therefore, decided to fast track his and Mackenzie’s wedding, and the happy couple tie the knot in emotional scenes, set to air this week.

The day of the operation arrives shortly afterwards, and Hendrix bids farewell to his loved ones, before being wheeled away for surgery.

The lung transplant is a success. Tragedy, however, strikes, as Hendrix’s body rejects the lungs and, as a result, he only has hours left to live.

Devastated, he fights through pain, making every effort to cherish his final moments with his loved ones, before he passes away.

News of Hendrix’s death spreads around Ramsay Street, and it’s safe to say that emotions are running high.

Zara Zelwyn (Freya Van Dyke), meanwhile, reveals that Hendrix had a secret project he was working on, which was a video for his family.

His loved ones watch the clip, and they are blown away afterwards, grateful to hear from Hendrix one final time.

Subsequent scenes will see Mackenzie undertake the task of perfecting two memorials for her late husband.

But her stress boils over when she realises they they’re both set to take place on the very same day, putting her in a rock and a hard place, as she wants to attend both.