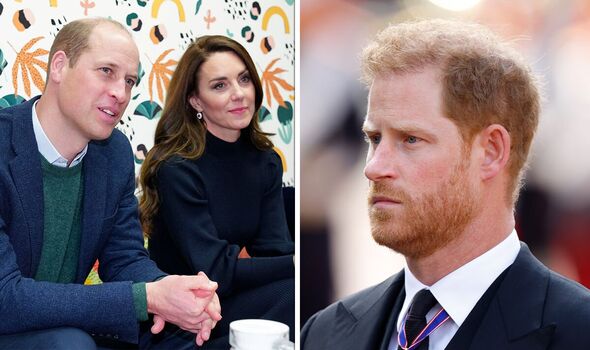 In his new book and memoir Spare, Prince Harry revealed some deeply personal details about his life with his wife Meghan Markle and his relationship with his family. Relationship expert Valon Asani from Dua.com explained that any relationship can be repaired by following five simple steps.

Valon’s first tip for Harry to “reconcile” with the Royal Family is to “acknowledge each other’s struggles”. The expert explained that when people are faced with a broken family, “often we say, ‘I don’t know where to start’ but what we actually mean is: ‘I’m scared to start’.”

After a family fallout, one of the “hardest aspects to deal with” is to accept the idea that the other party “feels wronged in some way by your actions, even if they were not intended to cause hurt”, Valon explained.

The relationship guru recommended acknowledging how “the other party feels”, and “showing empathy and understanding that can then lead to more effective communication to be built”.

Prince Harry has been “incredibly open about the many struggles he has faced in his past”, many of these issues being “active problems, such as the lack of contact and accountability that he feels the Royal Family are responsible for,” he commented.

The struggles that Harry talks about in the book appear to “stem from a lot of childhood trauma and repressed emotions from the environment he grew up in,” the expert opined, and said that an “acknowledgement from the family, whether private or public, of the difficulties that the Duke of Sussex feels he is facing could have a huge impact that could lead to a reconciliation”.

However, “the same sentiment applies the other way round; Prince Harry should also acknowledge that the Palace may view events differently – as the late Queen famously said ‘recollections may vary’ – and their views are also valid,” he noted.

The second step towards reconciliation and a key “step to reconnecting in a family”, according to the expert, is finding common ground, or one that either party can bond over.

Valon explained: “This common ground can present itself in many ways, such as an event you may both attend or just a shared interest. Using something that they both have in common can be used as a catalyst for building up communication again.

What do you think? Join the debate in the comments section below

“In Prince Harry’s case, causes that are close to his heart and the rest of the Royal Family’s, such as the Invictus Games, are a chance to rekindle a relationship and begin communicating again,” he suggested.

The third step is to “extend an olive branch” and although this can be “a difficult step to take”, it “might be necessary after a severe breakdown” within a family, the expert said.

He recommended “reaching out to the other party and offering some sort of gesture, whether this is an invite for coffee, or a kind letter, as it can establish a platform for which the relationship can start to be rebuilt”.

It can also reveal where both parties are at in terms of emotions and if they want to pursue a future relationship, the expert commented.

He continued: “It has been reported that Prince Harry and Meghan have been invited to King Charles III’s coronation in May, which is an olive branch from the family to the couple.

“The trauma that Prince Harry has recounted and shared with the world recently can manifest itself in many ways, and Prince Harry likely has feelings of abandonment from his family and is seeking some form of compassion and communication from them.”

The occasion of the coronation, as it is a celebration, can be a “meaningful and happy occasion” and the “perfect backdrop for reconciliation,” he commented.

Finally, setting and respecting boundaries as well as “taking it slow” is essential to repair a broken relationship. According to the expert, if communication starts again, it is important to ensure that boundaries are set “to avoid another rift occurring”.

Spare: by Prince Harry, The Duke of Sussex

Prince Harry’s highly anticipated and revealing memoir, Spare, launches on January 10, 2023. Available to pre-order now on Amazon, shop to read the gripping story of his life growing up in the royal household.

For a healthy and positive relationship where everybody is on the same page, Harry would have to listen and respect the boundaries of the other party, whatever they may be, the expert said.

“Prince Harry and the Royal Family alike appear to have similar strict boundaries when it comes to the idea of privacy, however both parties’ action this idea in very different ways. Therefore, when communication starts again, they should both immediately share the boundaries that they are and aren’t comfortable with.”

The Royal Family, as a “very tight-knit family”, may be “hesitant to let Prince Harry and Meghan back into their circle after this fallout, which is something Prince Harry and Meghan must recognise,” Valon said and added that “if the couple can recognise this hesitancy, they can more effectively communicate and build the relationship back up at a pace that suits everyone”.