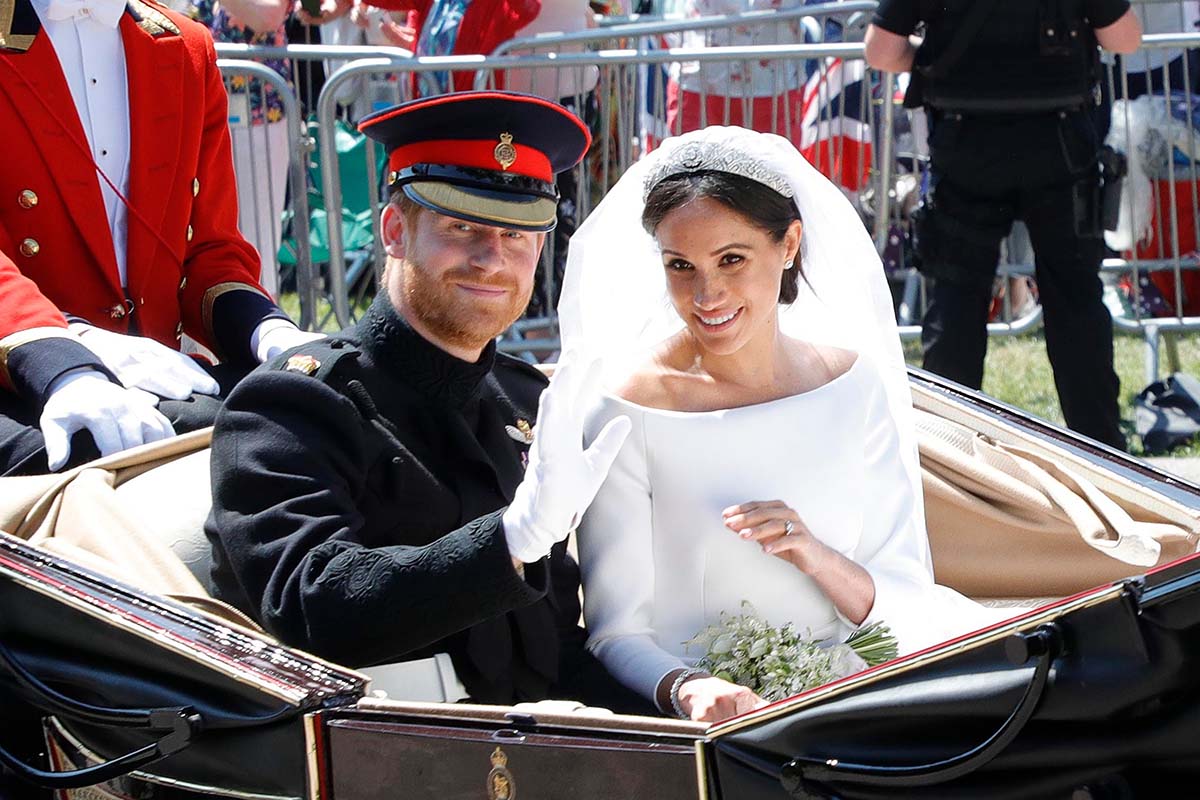 Something had to be done. Prince Harry asserted in his memoir, Spare, that he and Meghan Markle had good reason to file a lawsuit against the British press after she was accused of putting Princess Charlotte’s “life at risk” during their 2018 wedding.

Harry explained in his upcoming tell-all that while many close to him attempted to discourage the couple from suing the Associated Newspapers Limited, he felt vindicated after a particular outlet’s allegations about Charlotte, now 7, being given dangerous flowers for the ceremony. The “scandal” unfolded when Prince William and Princess Kate‘s daughter, along with several other little ones, donned floral crowns as part of their bridesmaids attire.

In his memoir, the Duke of Sussex clarified that although the headpieces were designed with lilies of the valley — “which can be poisonous” — the plants are only threatening if they are eaten. “Even then, the reaction would be discomfort, conceding to parents, but only in the rarest cases would such a thing be fatal,” Harry wrote.

Per royal tradition, lilies of the valley have been incorporated in weddings for years, so it was not something Meghan had control over. “Never mind that previous royal brides, including Kate and my mother, had also used lilies of the valley,” Harry stated in his book.

Prince Harry and Meghan Markle’s Royal Drama: Everything to Know

The former military pilot claimed that the publication in question omitted that piece of information because “the story of Meghan the Murderess was just too good.” Alongside a damaging headline, the newspaper allegedly used a photo of Charlotte with her face “contorted” next to one of Meghan “looking sublimely unconcerned about the imminent death of this angelic child,” Harry continued.

In February 2019, the Sussexes filed a lawsuit against Associated Newspapers Limited (which owns the Mail on Sunday) for publishing her handwritten, five-page private letter to her father, Thomas Markle, amid their estrangement. (Meghan’s dad did not attend her nuptials after he was caught staging paparazzi photos.)

The trial concluded in Meghan’s favor in January 2022, with the duchess receiving £1 (the equivalent of $1.36) as compensation from the newspaper.

Princess Kate and Meghan Markle’s Complex Relationship: Everything We Know

“This is a victory not just for me, but for anyone who has ever felt scared to stand up for what’s right,” the Suits alum wrote via a statement at the time. “While this win is precedent setting, what matters most is that we are now collectively brave enough to reshape a tabloid industry that conditions people to be cruel, and profits from the lies and pain that they create.”