Meredith got a new job offer, while Link’s lingering feelings for Amelia resurfaced on the all-new ‘Grey’s Anatomy.’ But when Link saw Jo with someone new, there was a tinge of jealousy.

Wright has since apologized twice to Bailey for kissing her and hasn’t been on her service since. Ben is well aware of what happened and has been giving Bailey a hard time in an adorable way. But it doesn’t take long for Wright to end up back on Bailey’s service for the day.

Richard is still calling Schmidt every morning. He’s going to keep calling until Schmidt answers the phone or comes back to work. Katherine tells Richard that she doesn’t think everyone belongs in an OR. Maybe that’s the case for Schmidt.

Meredith Is Offered A New Job 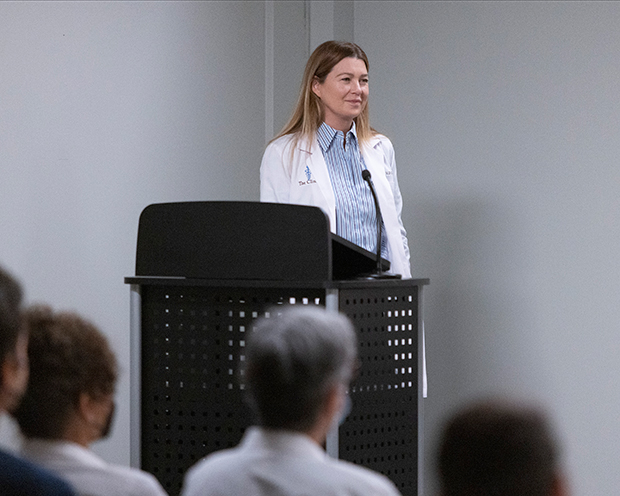 Meredith is back at The Clinic talking about Hamilton’s progress. Hamilton raves over Meredith and says his motor skills have improved since the surgery. In front of several other doctors, Hamilton asks her to be the director of The Grey Center and chief of general surgery. Meredith is hesitant, but Hamilton isn’t backing down.

The Grey Sloan doctors encounter something they’ve never faced before: a python. A patient has been bitten by a python, and the snake has wrapped itself around him. Winston comes to the rescue because he loves snakes. He enlists Link and Wright to help uncoil the snake. When Richard hesitates, Bailey springs into action to spray the snake with rubbing alcohol. They managed to get the snake uncoiled from the patient, but the patient’s condition is much worse than they originally thought.

When Jo arrives at work, she tells Link that she misses him. He feels the same. He blames Amelia for their current predicament. He’s decided that she’s “ruined” everything. Jo has met “Petty Link” and doesn’t hate him.

Jo is introduced to a pregnant patient with a very hands-on brother named Todd, who has a Ph.D. and is an environmental scientist. The patient, Laura, doesn’t waste time trying to set Jo up with her brother. Laura is on to something. Jo and Todd hit it off right away. 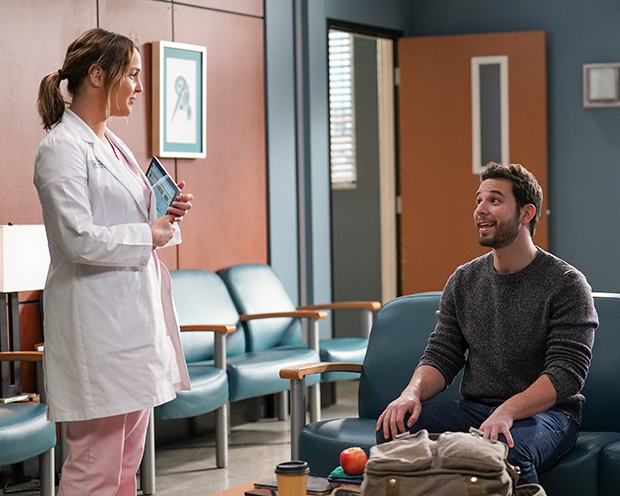 There are complications with Laura’s surgery, so the main procedure has to be rescheduled. When Jo tells Todd this information, she decides to ask him out right then and there. He happily accepts her invitation.

Farouk and Owen are home from the hospital, and Megan has turned Owen’s dining room into a gym for his physical therapy. It doesn’t take long for Teddy and Owen to start fighting. “I can’t look at you because I don’t recognize you anymore,” Teddy says. She feels betrayed by his decision and thinks this will follow them forever.

Owen swears he was just trying to protect Teddy by not telling her, but she tells him that she doesn’t need to be protected. She doesn’t want her husband and the father of her children going to prison. In the middle of their argument, Owen takes his first steps since his accident.

Later, Teddy tells Owen that she is not going to leave him. She just needs to know that their family comes first. She wants him to come to her first before he makes a decision like this. After this candid conversation, their love has never been stronger.

Link Is Still In Love With Amelia

Kai apologizes to Meredith for Hamilton’s been acting about the job. They don’t want Hamilton’s action to deter Meredith from coming here. Meredith admits that Hamilton acts just like her mom, and it’s a bit triggering for her.

Hamilton can be a lot, but Kai knows that his intentions are ultimately good ones. Hamilton knew Kai before they changed their name and pronouns. Hamilton never dead-named them. He supported Kai. Kai tells Meredith that Hamilton respects people and talent. The same can’t be said for a lot of people. 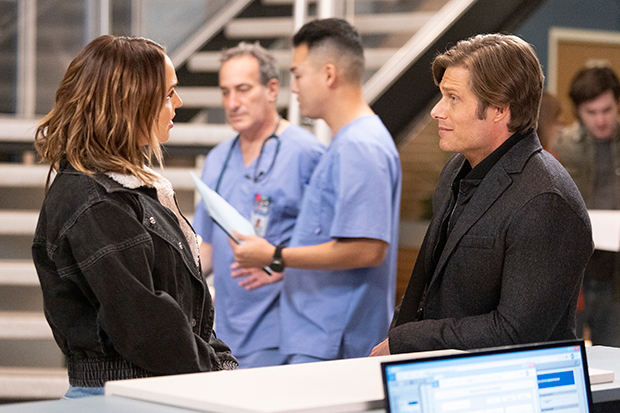 Amelia tries to make small talk with Link, but he’s just not having it. Amelia doesn’t understand why they can’t just decide to not hate each other. Link tells Amelia that he needs to be able to hate her for a while. When he doesn’t hate her, he still loves her. “We can’t have that, right?” he says. After his shift is over, Link runs to find Jo to decompress. He asks her to get a drink at the bar, and that’s the exact moment Todd comes up to Jo. Todd and Jo leave together, and Link is standing in the hospital looking very jealous.

Wright meets up with Bailey and acknowledges that the kiss was not appropriate. However, he thinks she sent him a signal, even if it wasn’t intentional. “I see you and I felt it,” Wright says before adding that it will never happen again. When Bailey goes home, she admits to Ben that all things they’re doing are “squeezing” their marriage a little tight. They both know that they haven’t been able to spend much time together and vow to change that. “I am available to you and only you,” Ben promises.

Richard sits down with Katherine and reveals that he wants a cognitive and physical assessment to make sure that he’s still capable of being a doctor. If he doesn’t belong in the OR anymore, then he wants to know. Meredith returns home from Minnesota with Nick in tow. He’s introduced to her kids for the very first time.