George Clooney and his wife Amal were two of the 600 guests who attended Prince Harry’s wedding to Meghan, Duchess of Sussex. Since then, the Oceans 11 star has publicly voiced his support for the couple. The royal biography Finding Freedom also claimed that Harry and Meghan have spent time with the Clooneys in their UK home. But according to a royal expert, Clooney admitted he did not know the Sussexes when he attended their wedding in May 2018. 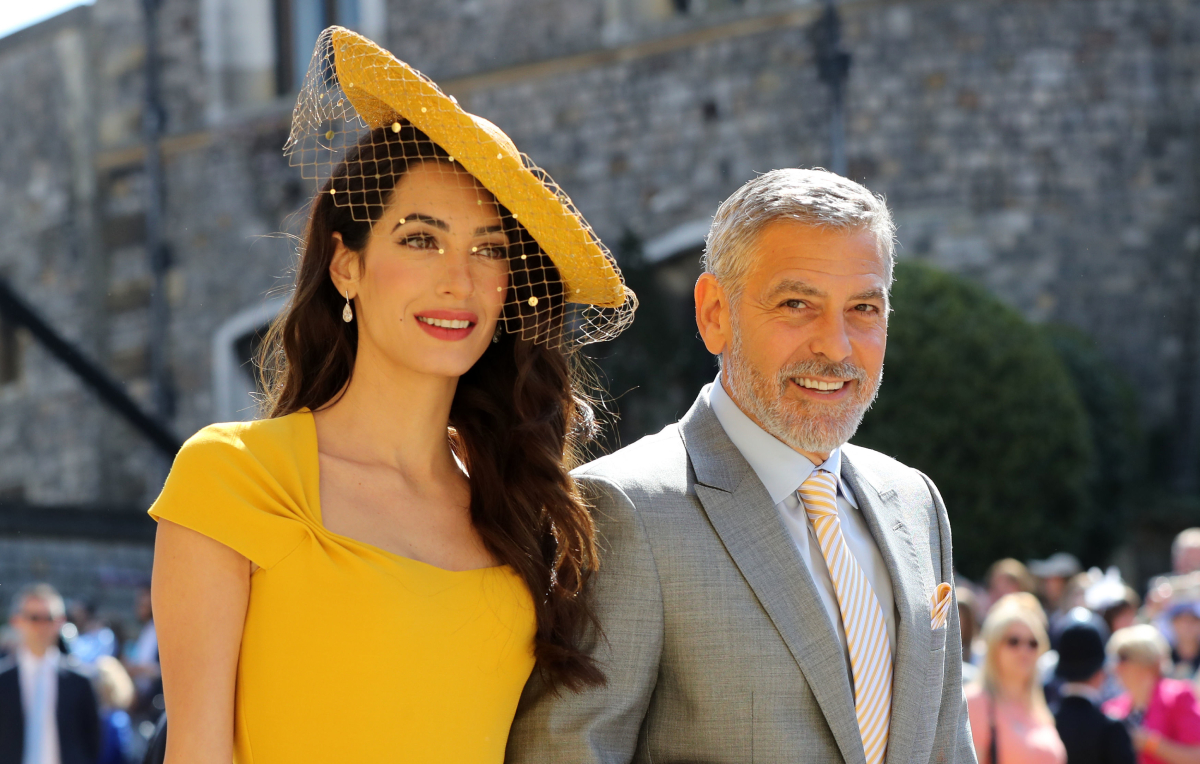 As Town & Country notes, Clooney has been one of Harry and Meghan’s most vocal supporters since they tied the knot. In fact, he talked so much about Meghan publicly that many speculated he would be one of Archie Harrison’s godfathers.

After Harry and Meghan welcomed baby Archie on May 6, 2019, Clooney shot down the godfather rumors. He said, “Everybody loves their rumors. It’s not true.” However, he did point out that he and Archie had something in common – they share a birthday.

“It’s kind of irritating, if you think about it,” he joked on Extra. “‘Cause I’ve already had to split [my birthday] with Orson Welles, Sigmund Freud, and now this [baby] comes in. I’m moving down the line very quickly.”

In a separate 2019 interview with The Daily Mail, Clooney joked that May 6 was a “big day” for him. But now, “some royal child has been born.”

The Oscar winner also talked about how the home he shares with Amal and their twins in Sonning, Berkshire is close to Windsor, where Harry and Meghan lived at Frogmore Cottage before Megxit.

Clooney described the Duke and Duchess of Sussex as “just really nice, fun, kind people.” He said at the time that they’re a loving couple who are “going to be great parents.” The actor also revealed that he and his wife had dinners with Harry and Meghan.

“We live not too far from one another and we have dinners and stuff and we’re friends with them for all the reasons that you’re friends with anybody,” Clooney explained.

However, when the interviewer asked Clooney how he and Amal met Harry and Meghan, he casually replied, “I’ve just known them.”

According to royal expert Rachel Johnson, Clooney’s vague reply was due to the fact that he didn’t know the Sussexes when he and Amal attended their wedding. In a new piece she wrote for AirMail, Johnson claims that George and Amal confessed to Princess Diana’s friend Carolyn Bartholomew at the wedding that they didn’t know Harry and Meghan.

Bartholomew – aka Lady Carolyn Warren – was on the wedding guest list because she is Harry’s godmother. Bartholomew was Diana’s flatmate when the Princess of Wales met Prince Charles.

According to the Daily Mail, Johnson writes in her article titled “Sussex Fatigue” that many assumed at the time that when George and Amal arrived at the royal wedding, that meant they were friends with Harry and Meghan.

For many, a sign of their close friendship was the fact that George and Amal sat in a “prime pew” next to Lady Carolyn Warren. She had one of the “best seats in the house,” opposite Prince William and Prince Charles. But Johnson claims that the Clooneys and Sussexes weren’t friends at the time.

“There’s a story doing the rounds that while Carolyn Bartholomew, Diana’s former flatmate, was waiting for the wedding service to start, she turned to the couple alongside her and asked how they knew Harry or Meghan,’ Johnson writes. “‘We don’t,’ the Clooneys answered brightly.”

But according to Finding Freedom, the Clooneys invited Harry and Meghan to join them at Lake Como weeks before the royal wedding.

No matter how they met, the Clooneys attended both the royal wedding and the exclusive reception. They were also on the list of 200 guests who partied at Frogmore House. According to reports, Clooney danced with both Meghan and Kate Middleton.