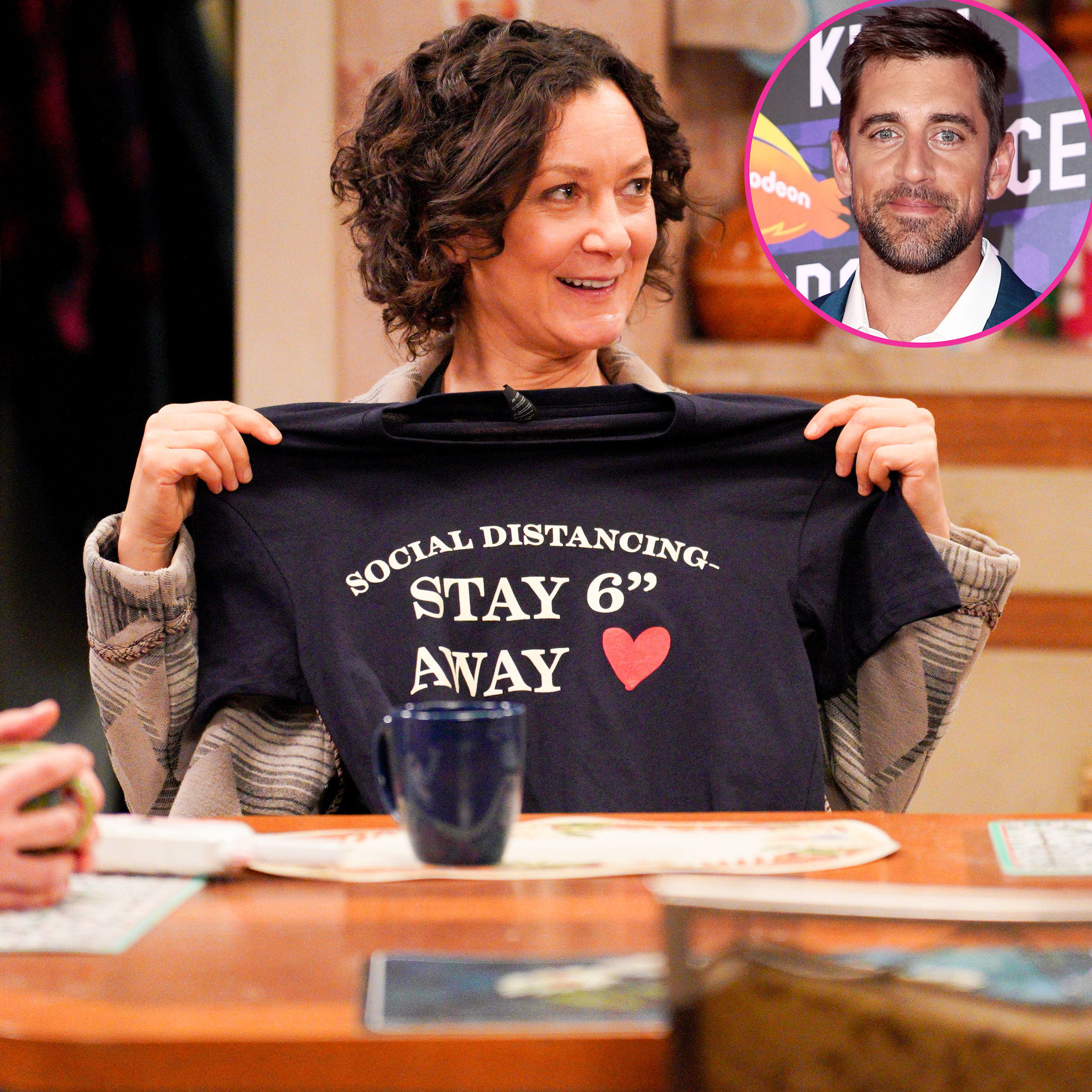 A possible burn? The latest episode of The Conners seemingly made a reference to former guest star Aaron Rodgers — and his controversial vaccine stance.

During the Wednesday, February 2, episode of the ABC sitcom, Becky (Lecy Goranson) made the joke in question after her nephew Mark (Ames McNamara) complained about having to go back to public school, telling him he could be homeschooled instead. “Then you won’t be forced to have all those life-saving vaccines,” she said. “And you can make up your own scientific theories like your favorite athletes.”

The Green Bay Packers quarterback, 38, appeared as himself on the season 3 episode “Jeopardé, Sobrieté and Infidelité,” in which Jackie (Laurie Metcalf) competed on Jeopardy! while Rodgers was the guest host. After her episode aired, Jackie admitted that her disastrous appearance on the game show got even worse when she was led away in handcuffs.

The NFL star made headlines last year when he admitted that he hadn’t received the coronavirus vaccine despite previously claiming he had been “immunized” against the illness. After testing positive for COVID-19 in November 2021, he said that he did not receive one of the vaccines approved by the CDC.

“I march to the beat of my own drum,” he said at the time during an appearance on The Pat McAfee Show. “I believe strongly in bodily autonomy, [in the] ability to make choices for your body, not to have to acquiesce to some woke culture or crazed group of individuals who say you have to do something.”

Last month, the California native said he thought sports fans were cheering against the Packers in the NFL playoffs because of his decision not to get vaccinated. The San Francisco 49ers knocked the Wisconsin team out of Super Bowl contention on January 22 during the final game before the NFC championship.

“There were a ton of people tuning in rooting against us for one reason, and one reason only,” Rodgers said on January 25 during another appearance on The Pat McAfee Show. “It’s because of my vaccination status and them wanting to see us lose so they could pile on and enjoy and revel in the fact that my vaccination status was some sort of reason why we haven’t had success in the playoffs.”

Stars Who Drew Backlash for Their Controversial Views on Coronavirus

Though the quarterback’s vaccine views became the subject of many memes, he found one supporter in his estranged father, Ed Rodgers.

“I think he tried to probably treat himself naturally, like a lot of folks do,” Ed, 66, told USA Today in November 2021. “And there’s a lot of great natural things out there, which help mitigate the virus. So I’m proud of him. I’m proud that he went that route.”

The Conners airs on ABC Wednesdays at 9 p.m. ET.