Demon Slayer has officially kicked off its Entertainment District Arc, and this portion of season 2 is off to an interesting start. Tanjiro, Inosuke, and Zenitsu have accompanied the Sound Hashira, Tengen Uzui, to Yoshiwara, where they go undercover to find out why Tengen’s wives haven’t been in touch with him. The anime suggests a powerful demon is behind their disappearances. And apparently, it’s been using the concept of “Ashinuke” to get away with its crimes.

What does Ashinuke mean in ‘Demon Slayer’?

Demon Slayer Season 2 Episode 9 takes Tanjiro and his friends to Yoshiwara, where they go undercover as courtesans to investigate recent demon activity in the area. Tengen initially asked his wives — Makio, Suma, and Hinatsuru — to check things out. However, all three of them haven’t reported back. He fears they’ve gone missing, and the second episode proves he’s onto something.

During Demon Slayer’s most recent installment, Tanjiro hears rumors about Suma committing Ashinuke. But what exactly does that mean?

According to JapanDict, the term alludes to “breaking one’s ties.” And as the other women explain to Tanjiro, some of the courtesans have disappeared as of late. The assumption is that they’ve run away without paying off their debts. Some of the girls even believe they ran off with lovers. 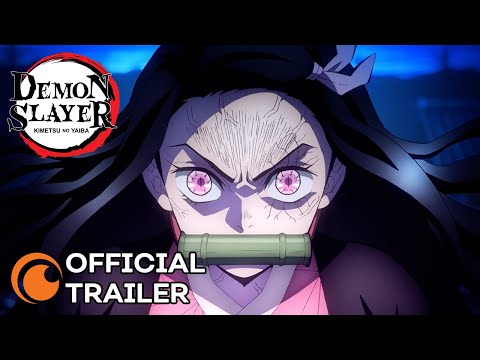 Naturally, the concept of Ashinuke makes a useful cover for Demon Slayer Season 2’s antagonist. With only the Demon Slayer Corps connecting the missing courtesans to a demon, the rest of the women residing in Yoshiwara are fueling a narrative that helps the villain.

They might view Ashinuke as a regular occurrence, but that allows them to write off the uptick in cases rather than acknowledging that something more might be happening. If other courtesans view their housemates’ disappearances as acts of rebellion, they’re unlikely to go looking for them. That leaves the demon with little to worry about.

It’s more or less up to Tanjiro and his friends to save Tengen’s wives, as well as any other women who have been abducted. Fortunately, they’re in a good position to connect the pieces of this puzzle.

Will the Demon Slayer Corps track down the missing women?

Those who have read Koyoharu Gotouge’s manga already know the answer to this question. However, those watching Demon Slayer Season 2 without that background may be wondering if Tanjiro and his companions have a chance at finding the missing courtesans.

Fortunately, Demon Slayer‘s lead has already connected the women who supposedly committed Ashinuke to the investigation. Inosuke also has a lead where Tengen’s wives are concerned. And if the final moments of episode 2 are anything to judge by, Inosuke may be able to save one of them.

That would give the group some valuable intel. Additionally, it might give Inosuke a chance to identify the enemy. It’s not a total resolution, but it’s certainly a start.