An Instagram couple who drew outrage earlier this year by setting up a GoFundMe asking strangers to donate to their “celebration of life” adventure through Africa, is once again being ridiculed on social media for their latest gimmick — a yearlong vow of silence.

Catalin Onc and Elena Engelhardt of the Another Beautiful Day Instagram account posted a photo over the weekend announcing the plan, saying, “at some stage in the near future, possibly next year[,] we will go into silence.”

The couple, who go by the nicknames Cat and Eli, said the decision was made in order to help “work on the way we communicate.”

“We want to work on the way we communicate, so what better than then to simply listen and pay attention to all. Communication is so much more than just our voice, which we use so carelessly,” Onc wrote in the caption, underneath a photo of him at 20 years old.

He went on to write that their vow of silence will last one year, and that he will be “writing consistently and taking those interested deeper into the experience.”

“What will happen during this year is for me unimaginable, but that makes it very exciting,” he wrote.

“Until then, let’s sponge up as much of everything as possible while we ride the bicycle on the west coast of Africa,” he concluded. 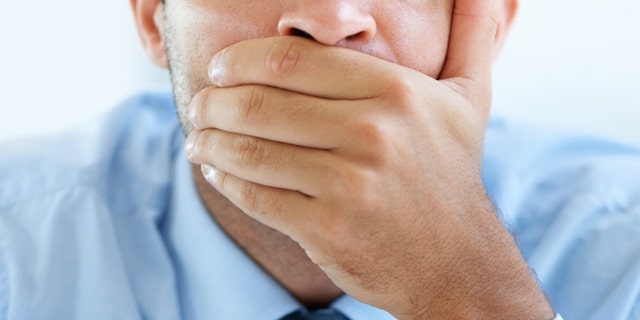 The couple originally caught flak in June when they created a GoFundMe account asking others to donate to their vague “celebration of life” tandem bicycling trip to Africa from the “middle of Germany.”
(iStock)

“You won't be able to resist. Your need for constant feedback & stimulation from the others will have you LITERALLY starving for that attention,” one comment read.

“Why only a year tho? Is there any GoFundMe account to extend that time period?” another joked.

“You should try a year of working,” someone else added.

“Says the guy that was gonna get off social media for 30 days and lasted 6 before he was posting on social media again….yeah, OK,” another wrote, referencing a previous endeavor.

“I just saw an article about your page. I think it's time to delete it. A year from now you will return and find hundreds and hundreds of negative comments. It won't stop until you get a job, and stop leeching from your mom, and admit that you were wrong for asking your followers to support your trips,” yet another user said.

The couple originally caught flak in June when they created a GoFundMe account asking others to donate to their vague “celebration of life” tandem bicycling trip to Africa from the “middle of Germany.” The couple, who do not work, were immediately slammed for being “bums” and leeching off Onc’s mother, who, as he said, was working two jobs to help support his dreams of traveling.

The couple has said that getting jobs themselves would be “detrimental” to what they’re trying to accomplish, the Daily Mail reported.

“Some will just tell us to get jobs, like everyone else and stop begging. But when you have the impact we do on others' life, getting a job is not an option,” they wrote on social media.

“We could model and make fast money, but we don't want to advertise consumerism. A normal job at this point would be detrimental.”