CELTIC fans booed during the minute's silence for Remembrance Day and launched TENNIS BALLS onto the pitch before their clash with Dundee earlier today.

Remembrance Day takes place on November 11 and commemorates those who died in conflict in Commonwealth countries. 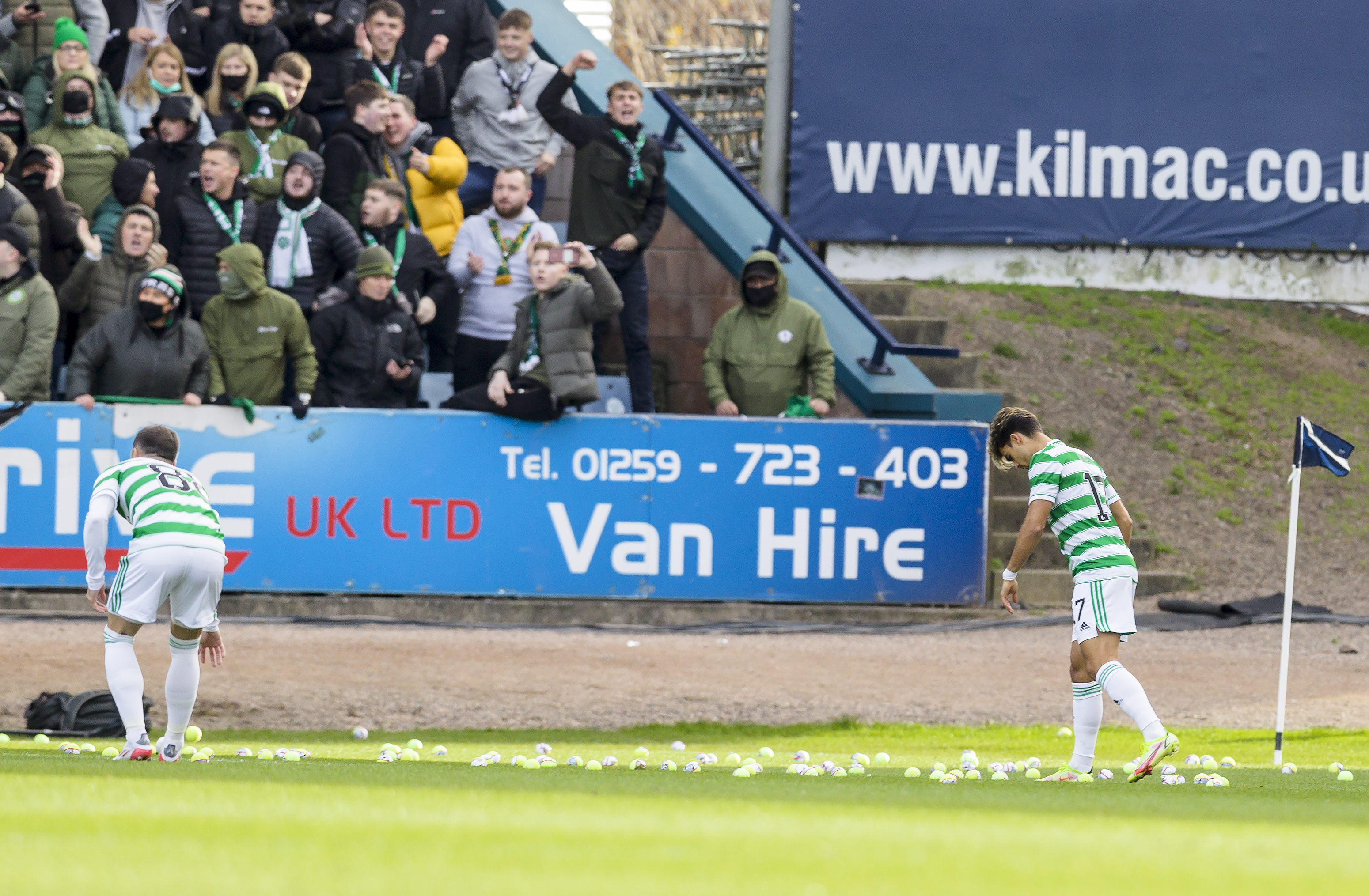 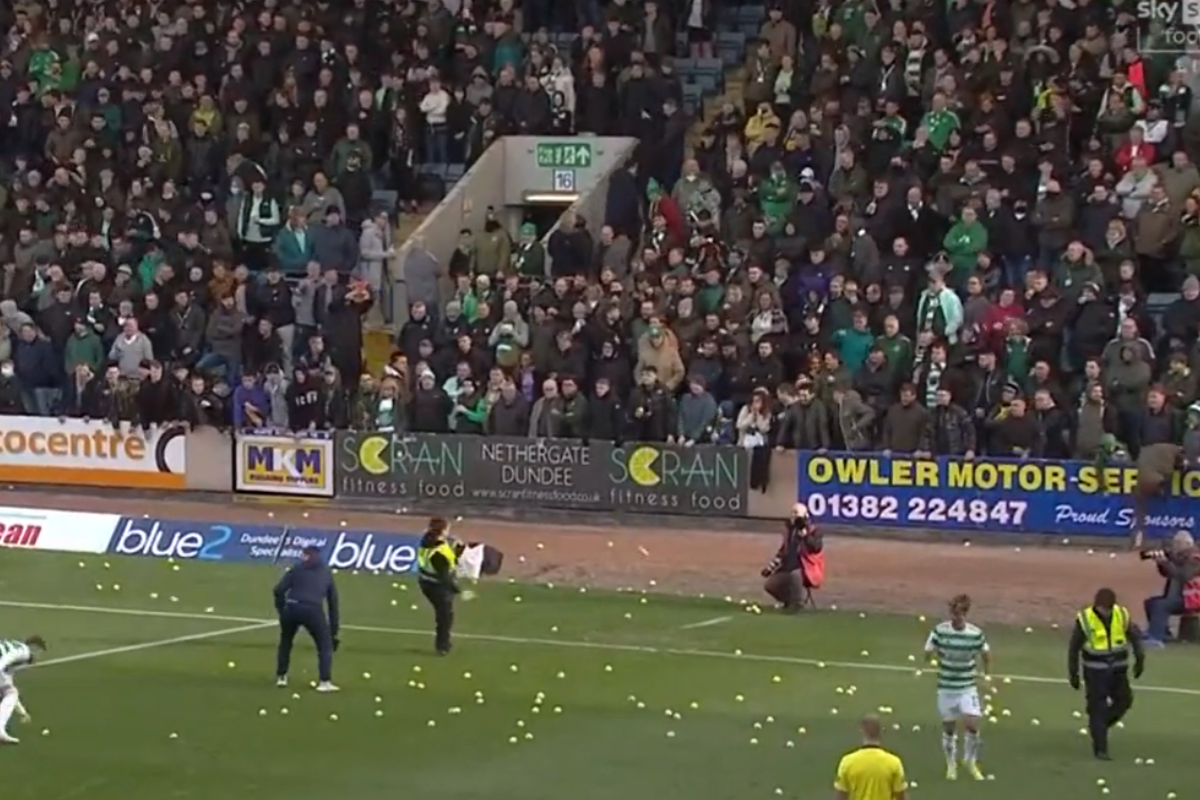 British football clubs traditionally mark the occasion with a minute's silence on the day of their closest home match before that date.

But at Dens Park earlier today, some fans could be heard singing and jeering during the 60 second silence, as others started to boo.

Then as the match kicked off there was a delay as TENNIS BALLS were launched onto the pitch from the Celtic end, as part of a fans' protest against the Parkhead outfit considering appointing former police chief Bernard Higgins to a prominent role within the club.

Last week against Livingston, Hoops fans unfurled a banner and engaged in a silent protest against Higgins.

Another banner was unfurled at Dens Park today.

Crocker called it a 'ridiculous situation' as Celtic players joined officials at Dens in clearing the pitch.

Celtic's former England goalkeeper Joe Hart could be seen gesturing for calm among the away support.

The tennis balls are believed the symbolise the ball being in Celtic's court over the appointment of Higgins, with fans up in arms with the football cop being linked with a position at Celtic Park.