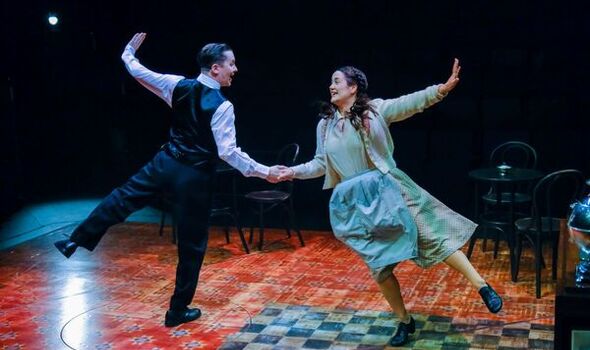 But Brief Encounter asks us How many relationships were doomed before they began by the romance-response “no … we must be sensible”. 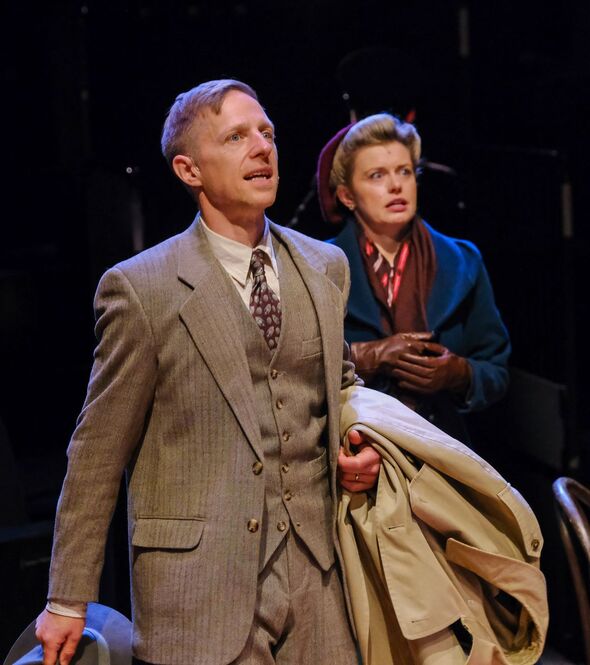 Viewers in wartime Britain eternally hoped to grasp a fleck of joy, a moment of forbidden recklessness, an escape from the gloom and stifling rules. They were captivated by the chance romance with an impossible future between Howard’s slightly stilted doctor “Alec” and Johnson’s conservative, bored housewife “Laura”.

Over a decade ago Emma Rice unveiled her musical stage adaptation of Noel Coward’s original work “Still Life” – which later became the movie – to thrilled theatre audiences around the world.

Now equally acclaimed director Paul Robinson has transformed it for theatre in the round, capturing its mercurial essence of joy and heartbreak that only pure undistilled love can bring, tearing at our soul in equal measure.

The talented cast are an exuberant thrill – not often a stern cafe battle-axe like Myrtle Bagot (Natasha Lewis) reacts to a station guard’s serenade d’amour (the hilarious Robert Jackson) by whipping out a trombone.

As the gripping affair between Alec (excellently played by Pete Ashmore) and anxious Laura (the demure Anne-Marie Piazza) threatens to explode, the tension is popped by the ensemble as they strictly swing into one of Coward’s jazz numbers. 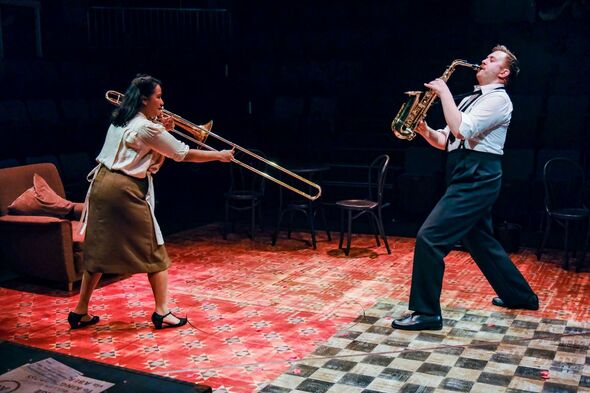 The adaptation retains Brief Encounter’s WWII setting, though the “live for the moment” mindset from the Blitz could equally apply to pandemic Britain. Life is too short – what are we waiting for?

And Robinson’s production enjoys a cheeky Northern England twist too which will make audiences chuckle – I am not sure Goole never featured in the movie – cherishing the text’s light, feel-good touch.

The music rallies and lifts like an Argentinian Tango (there is one actually) and the voices of Piazza and Lara Lewis shine, although the vocals of Joey Hickman, Rishi Manuel, Natasha Lewis and Jackson complement each other beautifully.

Robinson reminds us that strangers can find love in the most hum-drum of places – a British Rail platform cafe amid the hustle and bustle of boat trains and steam expresses. The question is, can they keep it?

Brief Encounter can be seen in the Round at the SJT until Saturday 27 August 2022. It will then be performed at the New Vic Theatre, Newcastle-under-Lyme, from Wednesday 7 to Saturday 10 September, at Keswick’s Theatre by the Lake from Wednesday 14 September to Saturday 8 October 2022 and at Octagon Theatre Bolton from Thursday 20 October to Saturday 5 November 2022.