Katie Price has confirmed her split from fiance Carl Woods.

The former glamour model, 44, broke the news to a fan via a blunt TikTok comment on Thursday.

The fan commented on a video of Katie’s son Harvey, 20, going to work at his grandfather’s fencing company, saying: ‘You still with Carl x’ with Katie responding: ‘No.’ 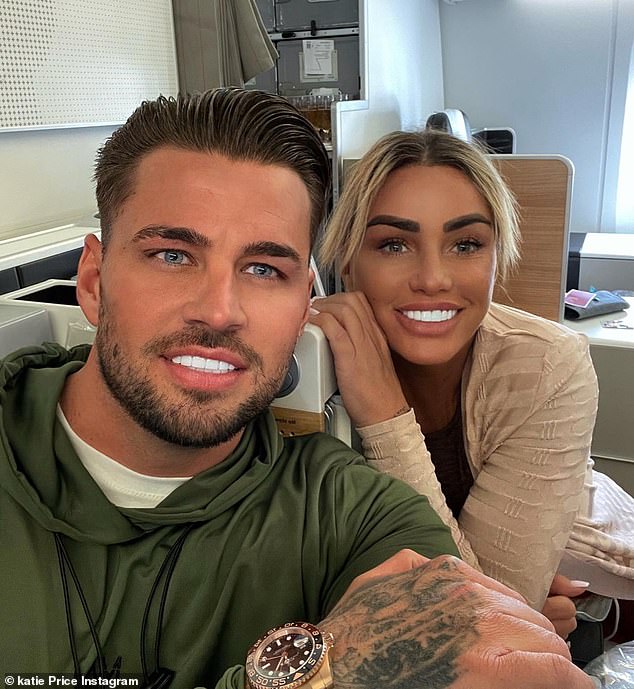 Over: Katie Price has confirmed her split from fiance Carl Woods

The comment comes just days after Carl, 33, took to Instagram to launch into a furious rant, where he denied he and Katie had split and claimed he was the ‘the best f*****g fella she’s ever had’.

Rumours had swirled the pair had broken up after it was reported that the mother-of-five publicly announced that their romance is over while enjoying a boozy night out.

Filming from her house earlier this month, Carl angrily declared the pair were still together and raged that he was on the ‘frontline’ and therefore deserving of recognition. 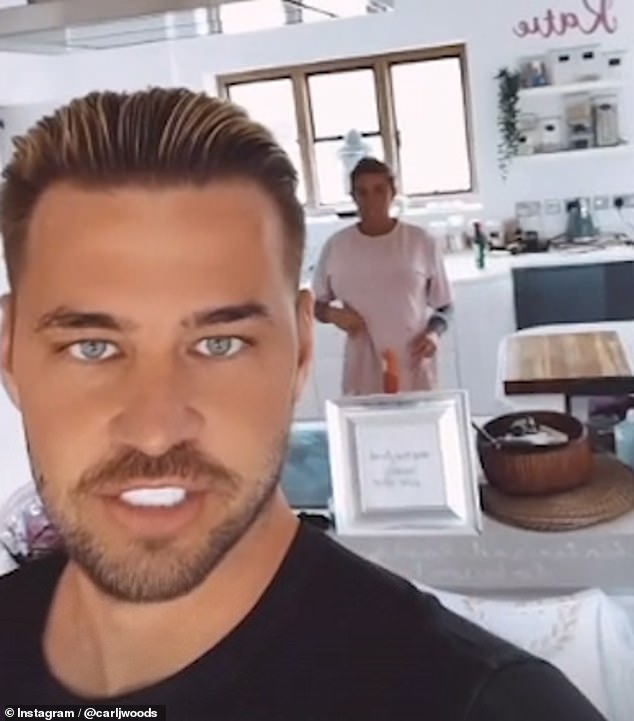 Fuming: The comment comes just days after Carl, 33, took to Instagram to launch into a furious rant, where he denied he and Katie had split and claimed he was the ‘the best f*****g fella she’s ever had’

Says it all: The fan commented on a video of Katie’s son Harvey, 20, going to work at his grandfather’s fencing company, saying: ‘You still with Carl x’ with Katie responding: ‘No’

Panning the camera round to show Katie, he continued: ‘Look, here she is. I’m still at the f**king house. All this, “Oh we want her shot of him”. Why don’t you all just f**k off?’

He went on to argue he was the best guy she’d ever been with and that he ‘supported this woman through everything’.

Carl raged: ‘Because you know something, you wanna know the truth? I’m the best f**king fella she’s ever had. And I’m the one that suffers the s**t, no one else.’

‘I support this woman through everything. I’m the one that gets the flack, no one else. 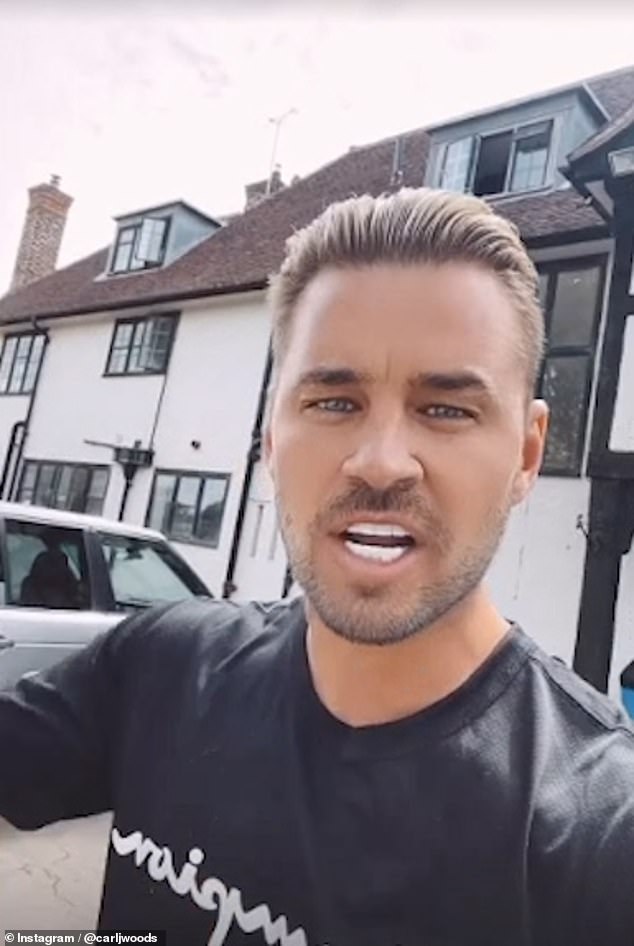 Angry: Filming from her house on Sunday, Carl angrily declared the pair were still together and raged that he was on the ‘frontline’ and therefore deserving of recognition 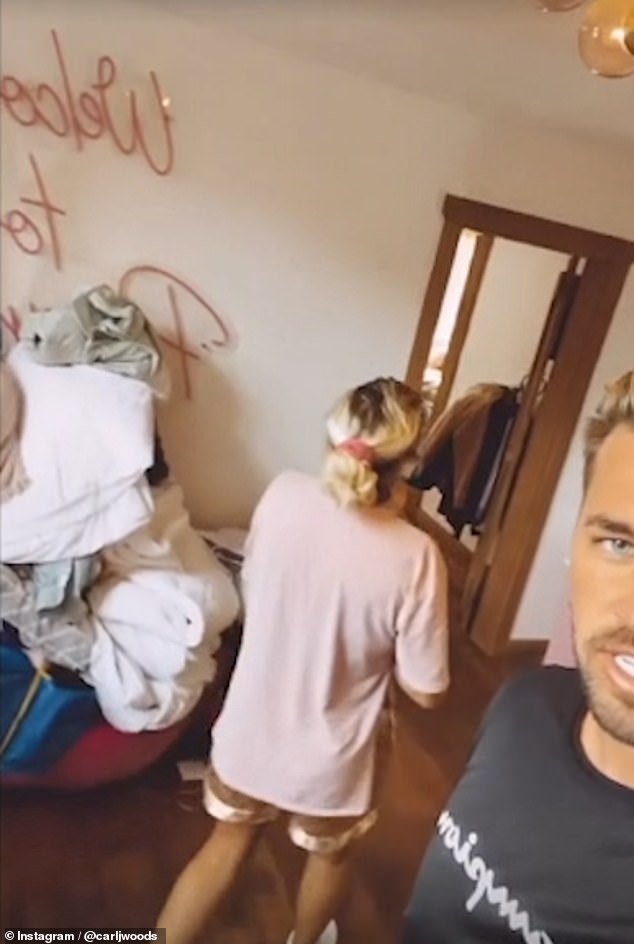 Ranting: He went on to argue he was the best guy she’d ever been with and that he ‘supported this woman through everything’

Katie first sparked split rumours this week when she was pictured without her engagement ring in a family photo where Carl was absent.

The embattled star was seen in her stepdad Paul’s Instagram snap three weeks after coming off social media for ‘personal reasons.’ 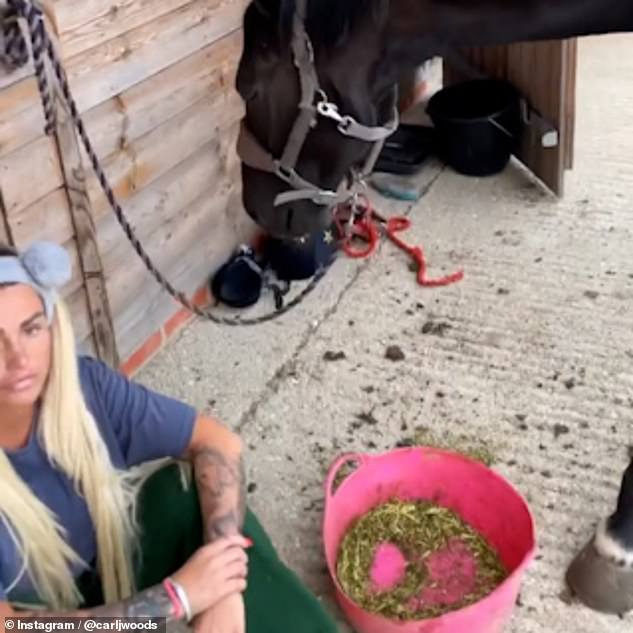 ‘This is me at my happiest’: Carl appeared to hint that he was still engaged to Katie as he shared a short Instagram clip earlier this month of Katie showing off her dazzling ring 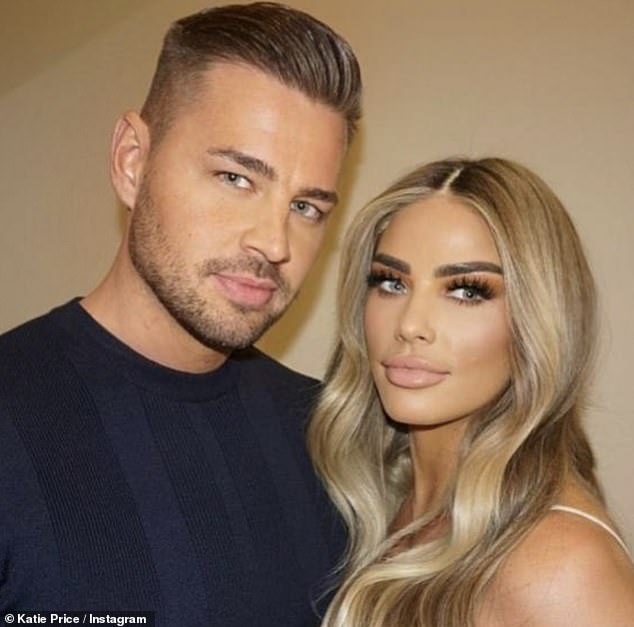 Rollercoaster: The pair began dating in June 2020 before getting engaged the following year

It was then claimed that she has been telling people that she is very much single, reportedly going on a solo night out and discussing her love life with onlookers.

A source told The Sun: ‘Katie was letting her hair down and telling people that her engagement with Carl was over.

‘She said that the couple had been rowing non-stop on holiday and things had come to blows with her deciding to call it a day when they returned home. 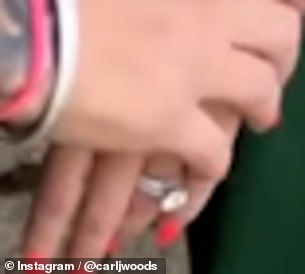 In the video, Katie could be heard saying: ‘This is me at my happiest. Thursday evening by the stables feeding the horses’

‘Those close to Katie hope it is over for good after their rocky romance has taken its toll on her.’

Despite Katie’s alleged comments, Carl appeared to hint that he was still engaged to Katie as he shared a short Instagram clip on Thursday of Katie showing off her dazzling ring while sat beside her dog and horse.

In the video, Katie could be heard saying: ‘This is me at my happiest. Thursday evening by the stables feeding the horses.’

MailOnline contacted Katie and Carl’s representatives for comment at the time.

It also followed Katie’s decision to come off social media for ‘personal reasons’.

Sharing a statement on her Instagram earlier this month, Katie wrote: ‘I will be coming off all social media for a period of time. I need to take time off for personal reasons.

The reality star turned off comments on the post, which she captioned with several heart emojis. 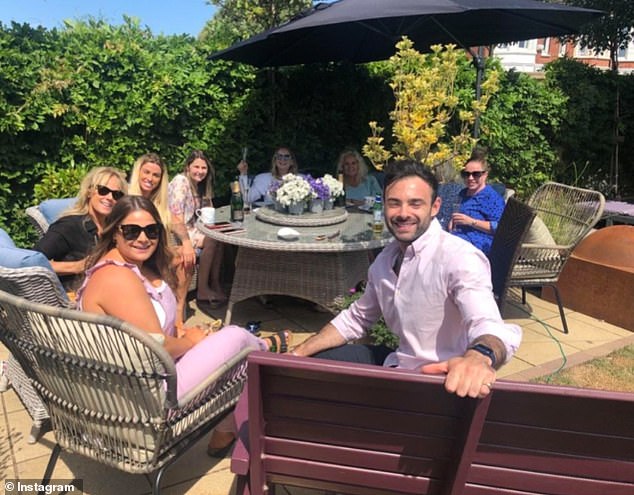 What’s the latest? Katie was seen without her engagement ring as she posed without Carl in a family snap – three weeks after she came off social media for ‘personal reasons’

The nation got to watch love blossom between the pair when they starred alongside one another on I’m A Celebrity… Get Me Out Of Here back in 2004. The flying sparks soon became nuptials, with blushing bride Katie and her erstwhile pop hunk beau tying the knot at Highclere Castle (the grand Berkshire estate of Downton Abbey fame) in September 2005. Katie, who was already mother to son Harvey (born in 2002 following a romance with former footballer Dwight Yorke), soon started a family with her new husband. The couple welcomed son Junior in 2005, while daughter Princess followed in 2007. Creation between the pair also came artistically, with the release of reality programmes, a failed talk show and a foray into the music world. However, after four years of securing their position as the Ken and Barbie of reality TV and glossy magazine deals, the pair announced in 2009 that they were going their separate ways.

Katie soon switched her romantic allegiance from a onetime ab-bearing pop heartthrob to musclebound MMA fighter Alex Reid. The two met at Michelle Heaton’s 30th birthday party at London’s Cafe de Paris. But shortly after they got together, Katie dumped Alex on live TV, only for him to win her back and the pair go from strength to strength. Weeks after proudly cheering her man on to a win on the 2010 edition of Celebrity Big Brother (also featuring none other than her ex-boyfriend Dane Bowers), Katie jetted off to Las Vegas to tie the knot with her new partner in February 2010 after just seven months of dating – and nine months after divorcing Peter. Following their Sin City sojourn, the pair returned to their native UK, where they had a formal ceremony – which was filmed for a TV series. However, after just 11 months of marriage, the pair announced they were splitting and their divorce was finalised in March 2012. While Katie declared at the time that she married Alex ‘too soon’, she would later go on to reveal that a major factor in their split was his cross-dressing alter-ego Roxanne.

Showing herself to be a true woman of the times, Katie embarked on a romance with former stripper Kieran after the two met on the now-defunct Blackberry Messenger service in 2012. And just two months after altering the paths of their lives via those thumb-tapped fateful opening messages, the twosome would go on to exchange nuptials in the Caribbean. Kieran proposed to a thrilled Katie on Christmas Day 2012, and just three weeks later, the pair would be pronounced husband and wife in the idyllic shores of the Bahamas on January 16, 2013. They had their marriage blessed in Weston-super Mare, and in the months that followed, it appeared that Katie had finally found her happily ever after. They welcomed son Jett in August 2013, and daughter Bunny in August 2014. But Katie’s world came crashing down in 2014, when she discovered that Kieran had cheated on her with her close friend of 20 years, Jane Pountney, and was enjoying a fling with another of her pals, Chrissy Thomas. After publicly lashing out at all parties involved (and naming her pet pigs after her friends-turned-foes), Katie appeared determined to make things work when she renewed her vows with Kieran in 2015. But alas, it would not turn out to be third time lucky for Katie, as the pair split in 2018 amid even more cheating allegations. Their ‘amicable’ divorce was finalised in early 2021.