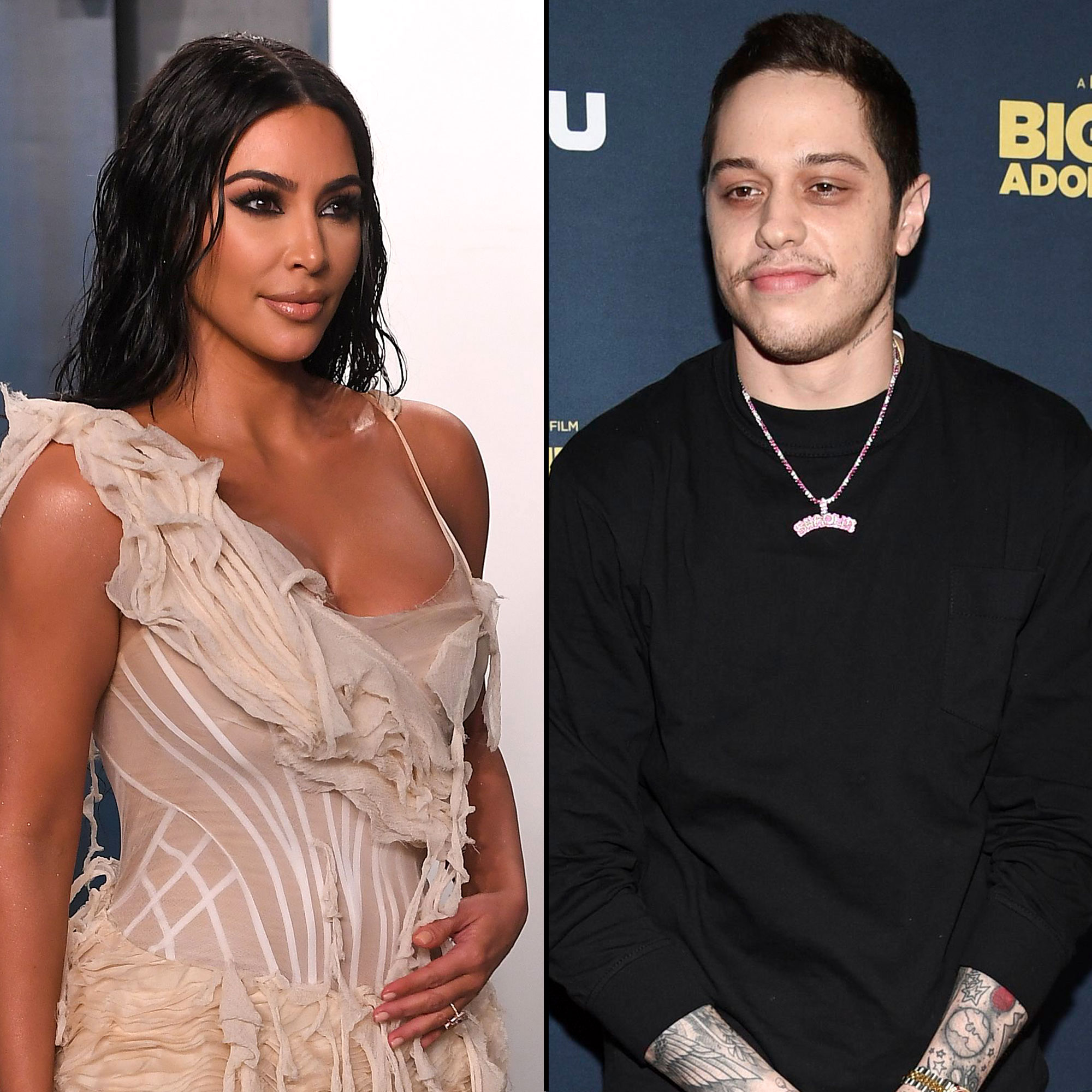 Part of the family? Kim Kardashian is seemingly getting close to new beau Pete Davidson’s loved ones, especially his sister, Casey Davidson.

The Saturday Night Live star, 28, took his sister, 24, to see the Brooklyn Nets play the New York Knicks at the Barclays Center in Brooklyn on Tuesday, November 30.

Casey later shared a photo with her brother from the family outing, causing fans — and Kardashian, 41 — to instantly react. “Caption this,” Casey wrote alongside a snap of her and Pete chatting courtside.

The Keeping Up With the Kardashians alum “liked” the photo, prompting speculation that the Skims founder is already bonding with the comedian’s family. 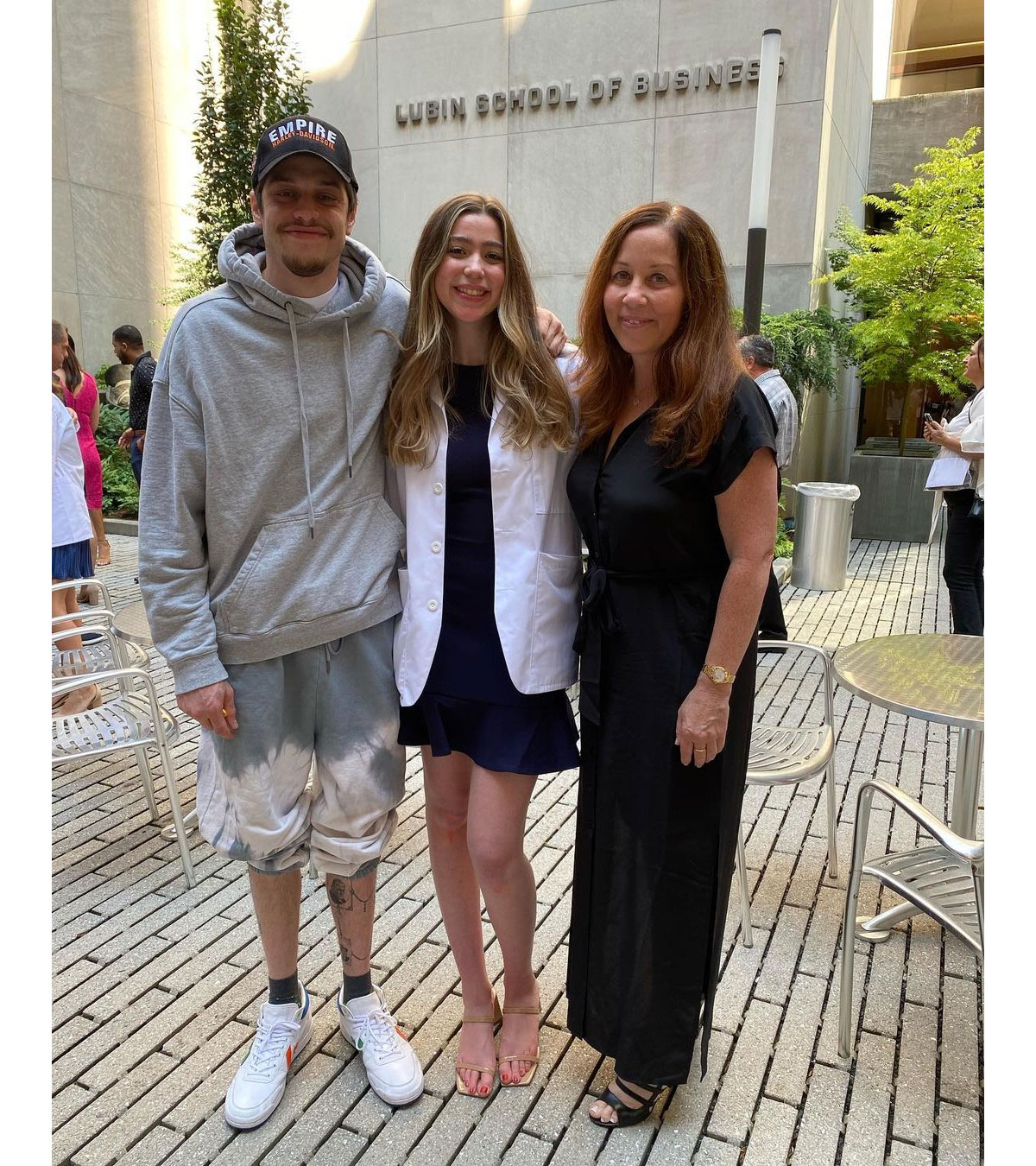 While Kardashian didn’t leave a caption suggestion, plenty of fans mentioned her romance with the King of Staten Island star as possible lines Pete could have been saying to his sister.

“Yea now I get a lifetime supply of Skims,” one user joked, while another quipped, “What does someone even get Kim Kardashian for Christmas?”

A third fan added: “You’re right, Keeping Up With The Davidsons does have a nice ring to it!”

Some of Casey’s followers poked fun at her dynamic with her big brother, joking that Pete was telling her, “Borrowed your nail polish again … soz,” or, “I’m thinking about getting mom a 4th dog for Christmas.”

While Casey and Pete were laughing it up at the basketball game, Kardashian reunited with her estranged husband, Kanye West, to honor late designer Virgil Abloh at his final Louis Vuitton runway show on Tuesday.

The KKW Beauty founder, who filed for divorce in February after six years of marriage, sat beside the Yeezy designer, 44, and their eldest daughter, North, 8, during the show. Both West and Kardashian previously mourned the loss of their friend, sharing touching tributes via social media.

The duo’s Miami reunion marked the first time they were spotted together since Kardashian started dating Pete.

The reality star and the New York native were first linked in late October after they were seen together at Knott’s Berry Farm in California ahead of Halloween. The pair, however, shared their first kiss publicly on October 9 during an SNL sketch when Kardashian was the host.

After weeks of speculation — and multiple bicoastal outings — the twosome confirmed their romance while walking hand in hand in Palm Springs, California, in November. The PDA moment came shortly after the couple celebrated the Meet Cute actor’s birthday with Kardashian’s mom, Kris Jenner.

The budding romance has been a welcome change for the makeup mogul. “The past few years of Kim’s life have been super intense a lot of the time, so this is a real positive transition for her,” an insider exclusively told Us Weekly last month. “She’s learning to move past day-to-day stresses and focus on the fun and sexy things.”

West, however, isn’t pleased to see Kardashian moving on, previously claiming that he has yet to see divorce papers from his estranged wife, with whom he shares Saint, 5, Chicago, 3, and Psalm, 2, along with North.

“SNL making my wife say ‘I divorced him’ on TV because they just wanted to get that bar off, and I never have seen the papers. We’re not even divorced,” the “Jesus Walks” rapper alleged during an appearance on Revolt’s “Drink Champs” in November. “So how we — because [it’s] no joke to me, my kids want their parents to stay together. I want their parents — I want us to be together.”