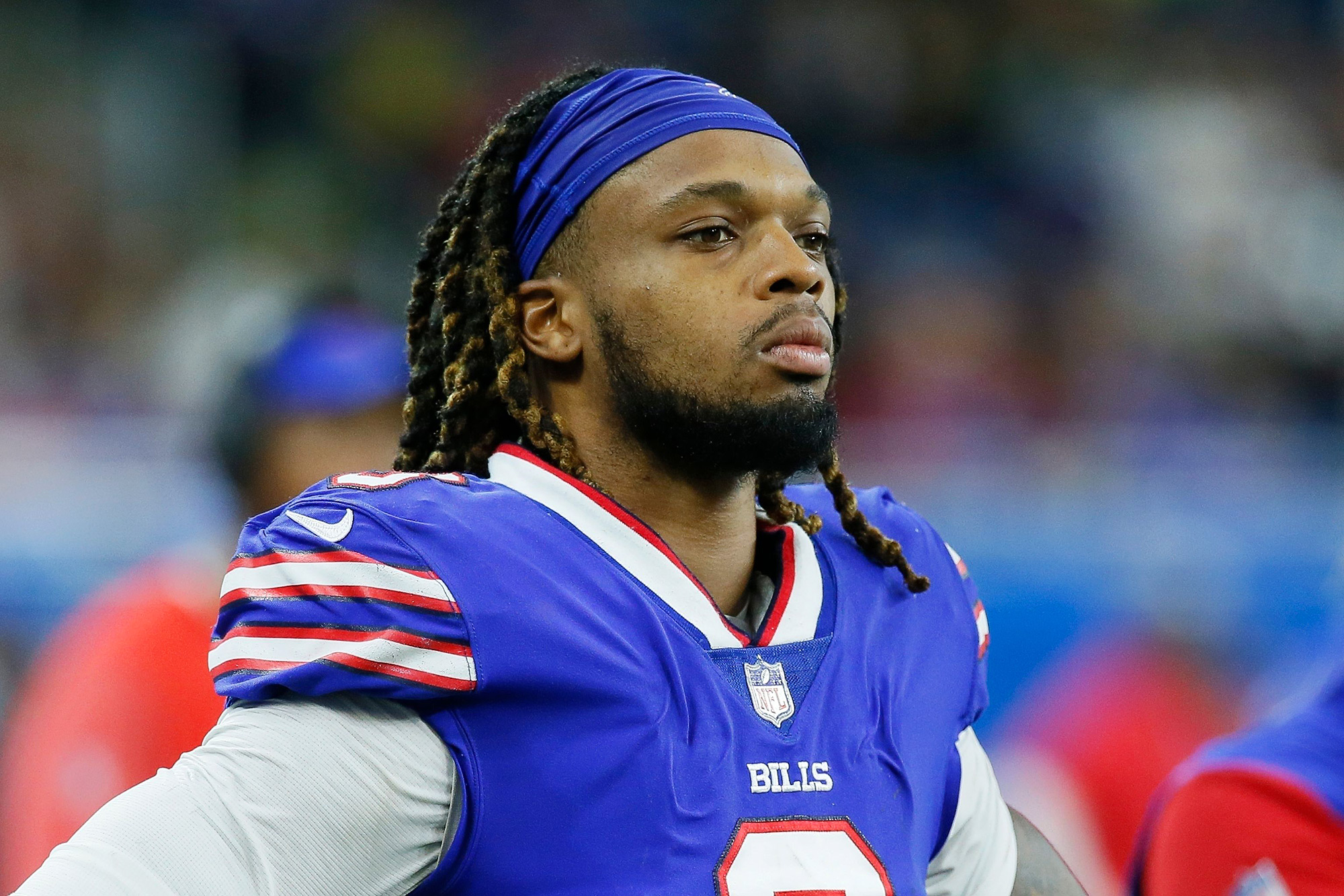 On the mend. NFL athlete Damar Hamlin has been released from the hospital after suffering cardiac arrest mid-game last week.

Doctors from the UC Medical Center in Cincinnati, Ohio, announced during a Monday, January 9, news conference that Hamlin, 24, checked out of the facility and safely returned home after the life-threatening hit.

The news came one day after Hamlin’s team, the Buffalo Bills, beat the New England Patriots during their last regular season home game. “OMFG!!!!!!!!!!!!!” the athlete tweeted while watching the Sunday, January 8, game, in which his teammates scored a touchdown within the first few minutes, setting the tone for the game.

The Buffalo Bills safety collapsed during the team’s January 2 game against the Cincinnati Bengals. Hamlin initially got up from the field after tackling wide receiver Tee Higgins during a play in the first quarter, but he fell to the ground moments later. Medical staff rushed to his aid, conducting CPR for nearly 10 minutes as the league scrambled to determine next steps.

Hamlin’s heartbeat “was restored on the field,” according to a statement from the Bills on January 3. “He was transferred to the [University of Cincinnati] Medical Center for further testing and treatment.”

The team clarified at the time that Hamlin was “sedated and listed in critical condition.” Jordon Rooney, the football player’s rep, provided another update during an appearance on Good Morning America one day after the game.

“The family is in good spirits, we’re just taking it minute by minute, hour by hour,” he said. “His family is strong, supportive. Obviously, they are worried. Damar is very close with his family.”

Rooney subsequently told the Daily Mail that his client was in good hands, adding: “They are really just monitoring him and seeing how he is and how it is best for him to recover. It was a surprise to us, we didn’t expect that to happen. He is healthy and fit.”

Both players and football fans were left shaken after Hamlin’s collapse, but reports hinted that the NFL wanted to continue to play before the game was officially postponed. Troy Vincent, executive vice president of the NFL, denied the “insensitive” rumors as commissioner Roger Goodell confirmed the game’s suspension.

“Our thoughts are with Damar and the Buffalo Bills,” Goodell announced in a January 2 statement. “We will provide more information as it becomes available. The NFL has been in constant communication with the NFL Players Association which is an agreement with postponing the game.”

Biggest NFL Controversies Through the Years

Hamlin was drafted by the Bills in 2021 after playing college ball at the University of Pittsburgh. He signed a four-year contract, becoming a starter for the New York-based team during week 2 of the 2022 season.

The Pennsylvania native impressed both on and off the field during his rookie career. Hamlin’s work off the field, including his passion for giving back to his community was evident in his annual toy drive, which he started in 2020. During his hospital stay, the charitable effort — which had an initial goal of $2,500 — raised over $4 million in a matter of hours.

“We are deeply moved by the prayers, kind words and donations from fans around the country,” Hamlin’s family noted in a statement at the time.