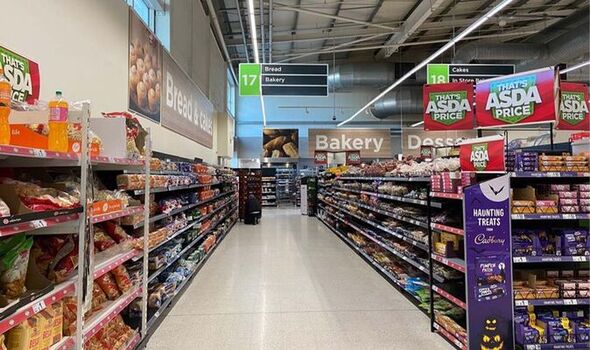 To mark the Queen’s Platinum Jubilee, the Government has launched a consultation on whether British shops can return to using imperial weights and measures like pounds and ounces. However, Asda’s boss says the change is most likely to negatively impact people under 40, and has branded the proposals “backwards”.

The government is unlikely to drop metric units entirely, but could let shops replace them in some areas with imperial measurements. These plans would also bring back the Crown symbol to pint glasses, replacing the ‘CE’ marking on glasses used across the European Union.

Downing Street may hope it shores up support among key Brexiteer voters in battleground seats which Tories are currently in danger of losing, the Manchester Evening News reports. Yet, ASDA chairman Lord Rose of Monewden said the change would only please “a small minority who hark for the past”.

The idea has already faced criticism from the Conservative backbenches, with Rutland and Melton MP Alicia Kearns also branding it “a nonsense”. Lord Rose said it amounted to going “backwards”, and predicted it would be costly for those putting it in place.

Asked if he welcomed a return to the use of imperial measurements, he told Times Radio: “The only polite word I can think of for your programme is, I’ve never heard such nonsense in my life.

“I mean, we have got serious problems in the world and we’re now saying let’s go backwards. Does anybody in this country below the age of about 40 know how many ounces there are in a pound?

“Are we going to go down to the supermarket and say, ‘I’ll have a pound-and-a-half please, or one pound, four ounces of this or that’ We’re doing it just to actually please a small minority of people who hark for the past. It’s complete and utter nonsense and it will add cost to those people who have to put it into place.”

The EU weights and measures directive came into force in 2000, with traders legally required to use metric units for sale-by-weight or the measure of fresh produce. It remains legal to price goods in pounds and ounces but they have to be displayed alongside the price in grams and kilograms.

The consultation, which is being co-ordinated by the Department for Business, Energy and Industrial Strategy, could change those rules, allowing traders to choose how they price fresh items. Lewis said it would allow the likes of greengrocers and pub landlords to run their businesses as they see fit following the UK’s exit from the European Union.

What are imperial measurements?

This is a way of measuring weight, distances and measures that was used in the UK before the metric system began to be adopted in 1965. For example, fruit and veg was once sold in pounds and ounces.

Sixteen ounces make up one pound – around 453 grams. There are 14 pounds to one stone.

However, Britain’s adoption of metric was rather half-hearted and most of us use a mixture of both metric and imperial. Most Brits still use imperial miles rather than kilometres, and are familiar with using feet and inches to mark short distances. We also tend to measure body weight in stones, not kilograms.

And of course, ordering half a litre of beer in a pub is likely to get you a puzzled look from the bartender. That is because the drink is still sold in imperial pints, which are 568ml in the metric system. Confusingly, other alcoholic beverages such as wine and spirits are sold by the millilitre – a metric measurement.