Putting herself out there! Amy Robach reactivated her Instagram account after previously shutting it down after her relationship with T.J. Holmes made headlines.

The 20/20 coanchor, 49, seemingly made her social media page public again on Friday, December 30, but she hasn’t shared anything since November 24. Her last post was a photo taken during a trip to Prague, Czech Republic, with the caption, “Me trying to keep a straight face … 🤣 Happy Thanksgiving 🍁.”

The snap showed her bundled up in fall attire while standing in the street laughing. The former NBC News correspondent tagged the fashion designer Marissa Webb, who seemingly made the leopard coat Robach wore in the photo.

Earlier this week, the Michigan native touched down in Miami with Holmes, 45, who filed for divorce from wife Marilee Fiebig on Wednesday, December 28. Robach — who is married to Andrew Shue — and the former CNN anchor were photographed shopping at a Florida grocery store on Monday, December 26, after being spotted together at an airport in Atlanta. 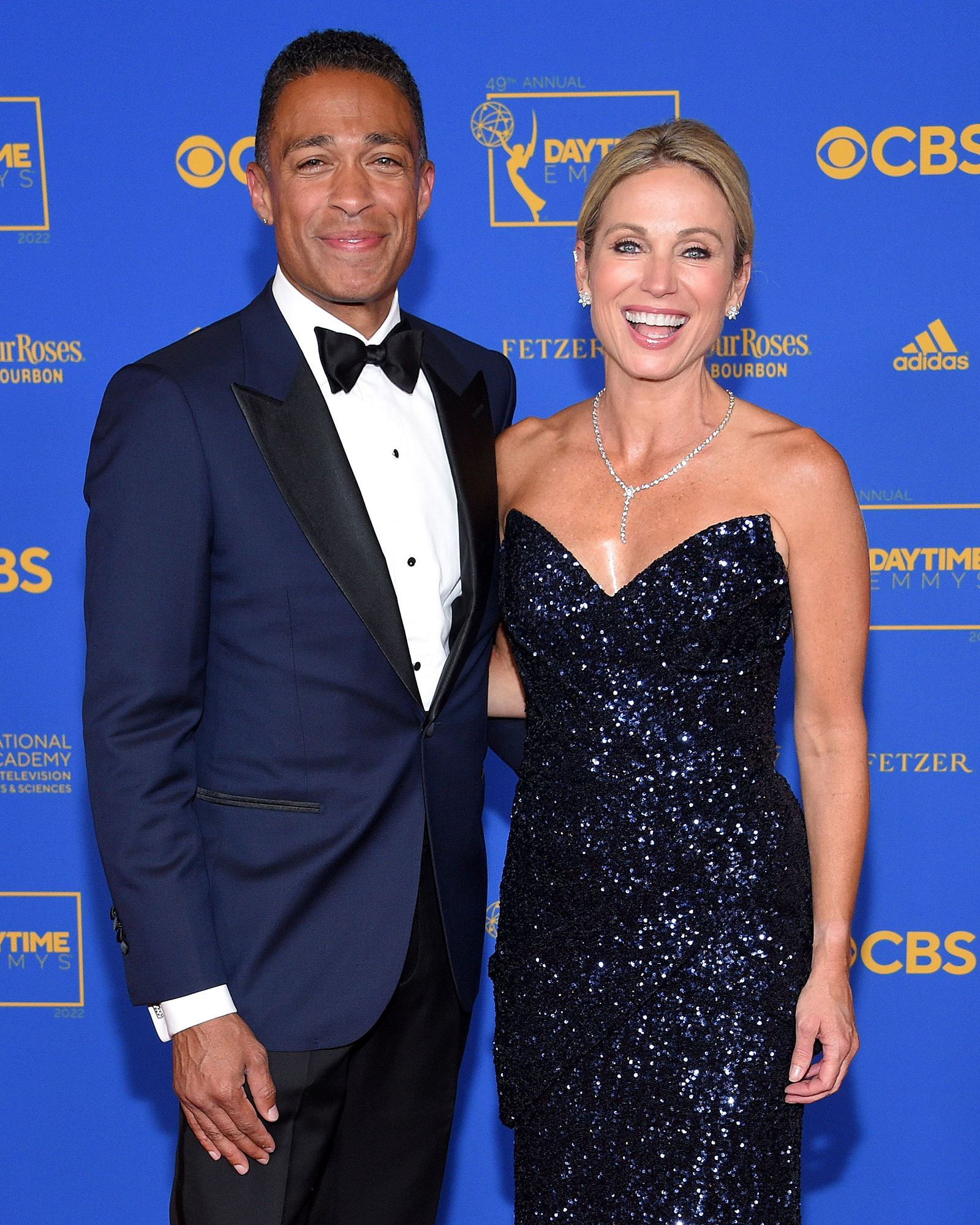 Robach and Holmes’ romance made headlines in November after the Daily Mail published photographs of the duo getting cozy outside of the studio. The pair have been coanchors for GMA3: What You Need to Know since September 2020.

The journalists returned to the third hour of Good Morning America for the two days immediately following the publication of the initial photos, but they were later benched from the show. Since December 5, GMA3 has been hosted by a rotating roster of guest anchors.

“Amy and T.J. will remain off air until ABC completes an internal review of their relationship,” an insider told Us Weekly earlier this month, adding that the network is looking into “when it started, how it started, did it take place at work [and] if it was distracting to the staff.”

The source noted that the investigation “is trying to find out what staff saw before” the pair’s relationship was “exposed in the media.”

Neither Robach nor Holmes have publicly commented on the status of their relationship with each other. They both deleted their social media profiles in November after photos of them appeared online, and Shue, 55, wiped all traces of his wife from his own Instagram account.

The University of Georgia graduate and the Melrose Place alum tied the knot in 2010. Holmes and Fiebig, who share daughter Sabine, 9, wed that same year.